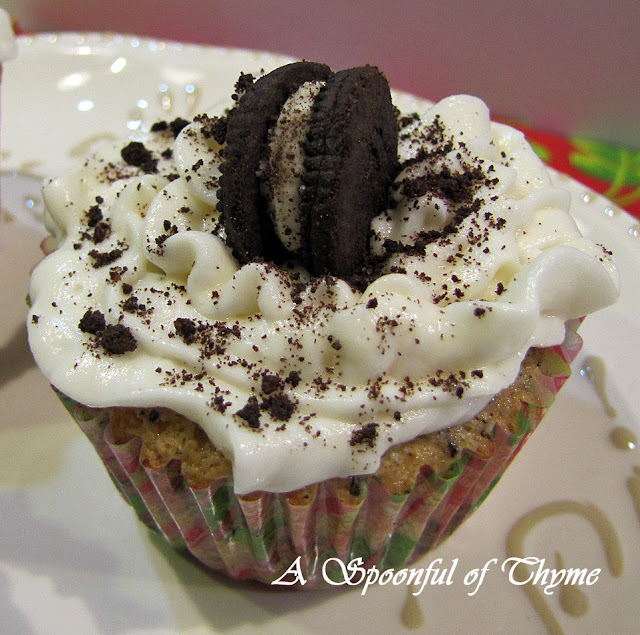 If you are a fan of Cookies and Cream Ice Cream you know that taking the two best ingredients, cookies and cream, and using them to create a cupcake is going to be fabulous.  With the first taste, I was ready to sing from the highest mountain...so that "WOW!" would echo across the valley.  I kid you not, these were wonderful!

When I first saw the recipe at Brenda's Canadian Kitchen, I knew that I was going to be making them. If you have never visited Brenda's blog, it is a must.  She is a wonderful cook and always has something exciting to share.

I did have to adapt the recipe just a bit I used half and half instead of milk.  I was fresh out of milk and it somehow didn't get on my shopping list.... 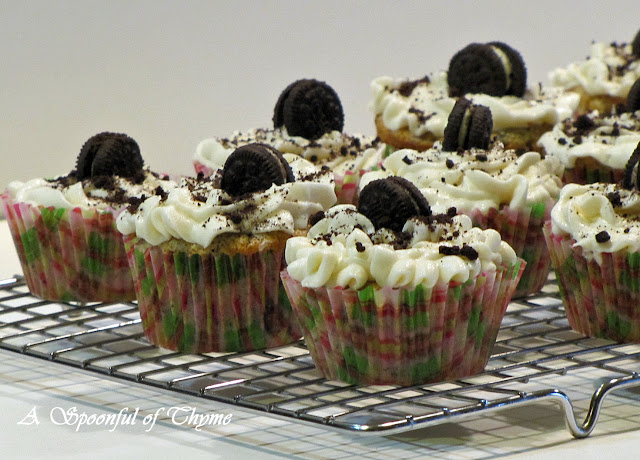 
Place an Oreo halve in the bottom of each liner, cream side up.


In a medium bowl, combine the flour, baking powder and salt; stir together with a fork to blend and set aside. In the bowl of an electric mixer, combine the butter and sugar and beat together on medium-high speed until light and fluffy, about 2 minutes. Blend in the egg whites one at a time, beating well after each addition. Blend in the vanilla extract.


Evenly divide the batter between the prepared cupcake liners. Bake for 18-20 minutes, rotating the pans halfway through baking, until a toothpick inserted in the center comes out clean. Allow to cool in the pans 5-10 minutes, then transfer to a wire rack to cool completely.

Buttercream Frosting
1/2 cup shortening
1/2 cup (1 stick) butter, softened
1 tsp. vanilla extract
4 cups sifted powdered sugar
2 T half and half  (Use additional to get the right consistency to pipe the frosting, about 3-4 total.)
In large bowl, cream shortening and butter with electric mixer. Add vanilla. Gradually add sugar, one cup at a time, beating well on medium speed. Scrape sides and bottom of bowl often. When all sugar has been mixed in, icing will appear dry. Add half and half and beat at medium speed until light and fluffy.  Keep bowl covered with a damp cloth until ready to use.
Makes about 3 cups of frosting.
Source:  adapted from Wilton
Frost the cooled cupcakes as desired. Sprinkle with Oreo crumbs and garnish with mini Oreos. 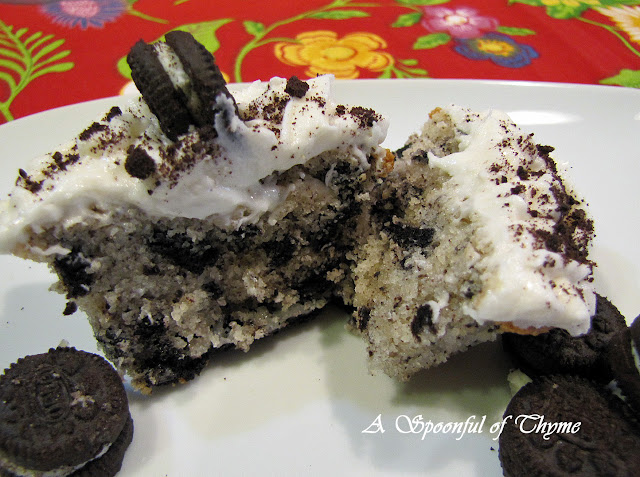 These are wonderful cupcakes....very rich.  I kept four cupcakes and sent twenty with the Kitchen Gnome to an evening activity. 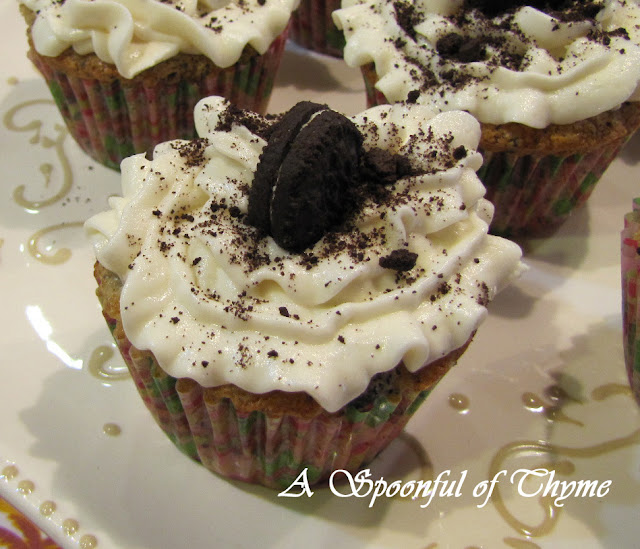 It would be way too dangerous to keep them all at home!  It is much better to share with others!