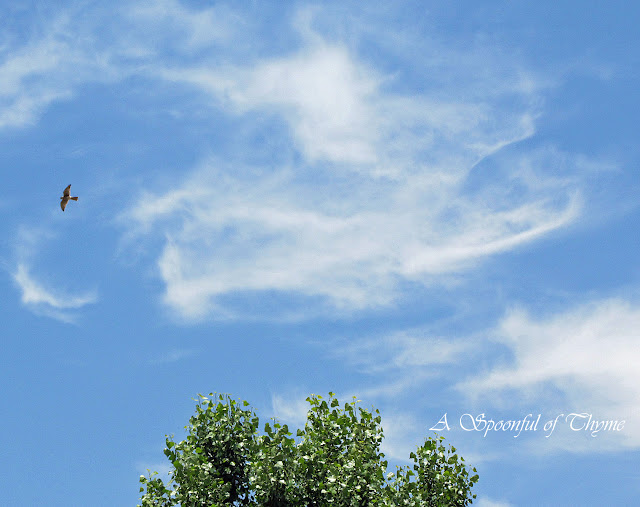 My daughter called very excited to tell me that there were about five kestrels putting on a show in her backyard!  I wasn't able to dash over at that time for their antics but they are hanging around the area.  They must be nesting in a nearby tree and food is plentiful as there are fields to the back of her property.

I finally was able to go by and take a few pictures.  They were in the distance and around the perimeter of the field.  They are such beautiful little guys.  It was difficult to catch them but I have a few shots to share. 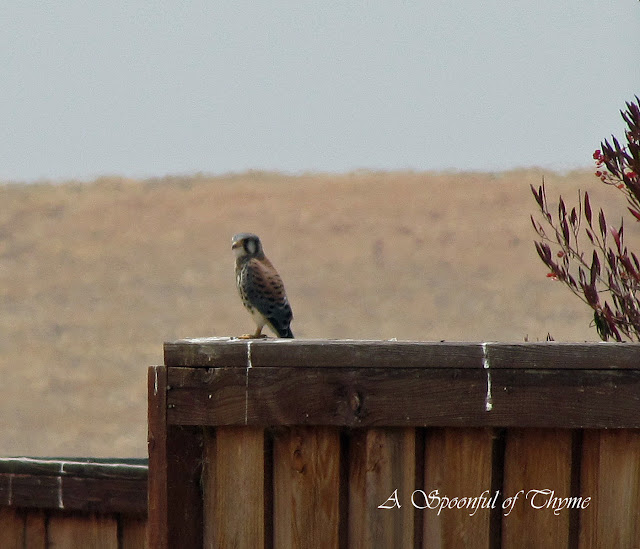 The neighbors didn't seem to notice that they were on their fence and hanging out under the patio! 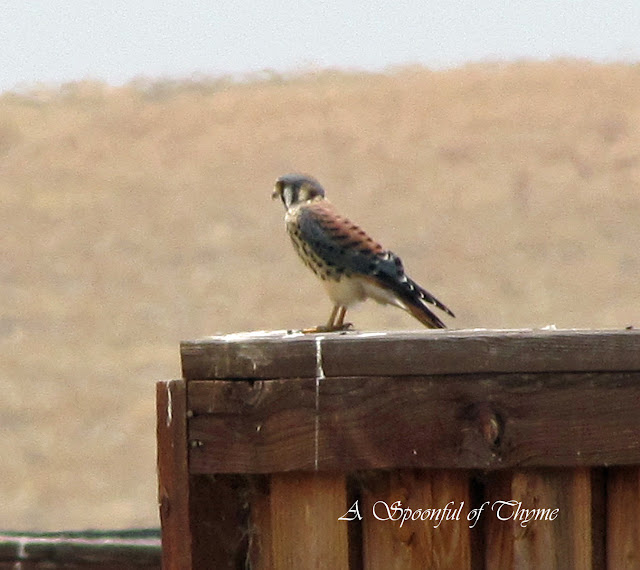 There are not as crisp as I would have liked but you can see their beautiful colors. 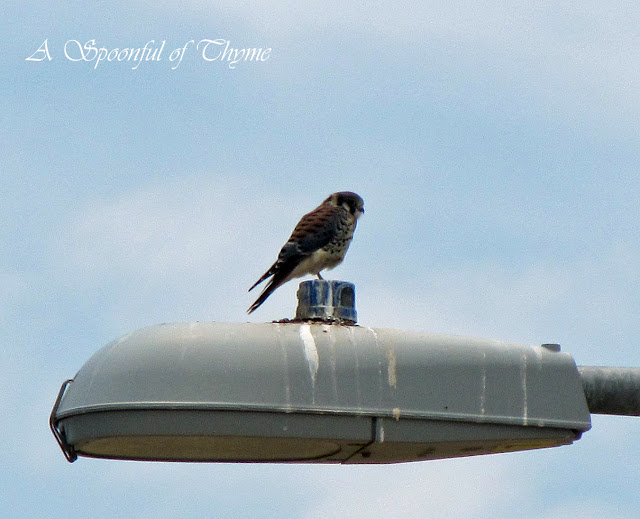 I am hoping to get back over when they are once again in her backyard and not just on the perimeter of the field.