Have I Ever Mentioned How Much I Hate Snakes?

I hate snakes.  All kinds.  They were in my nightmares as a child.  I am scared to death of them....any kind.  I get cold chills just thinking about them.  That said you can imagine how excited I was when the Kitchen Gnome told me that he had something for me in the container in the yard.  He said it would make a good post for Wednesday. 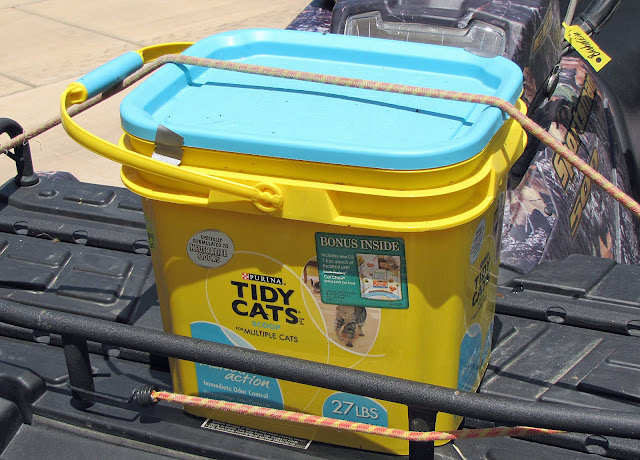 Gee, the container even had a "Bonus Inside"!  I noticed that the lid was kind of taped on...clue number one.  I also noticed the noise coming from inside...clue number two.  Note to self:  Go the opposite direction from this surprise.

The Kitchen Gnome asked if I wanted to go with him on the quad to take the snake out in the foothills to release it.
"How big is this snake anyway?" I ask.
"Oh, about 3 1/2 feet long," he responds..."but he has just eaten."
"So..."
The answer is: "Not if I have to hold the container."  He secured the container on the quad and off we went. 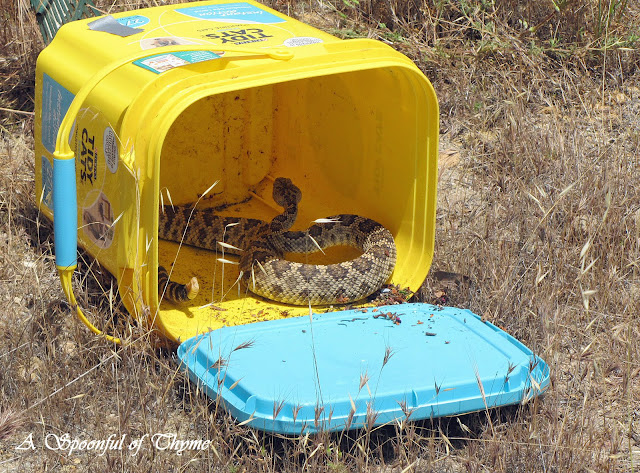 I stood a good distance away when the container was opened.  We weren't certain if the snake would quickly leave the container or hang around.  The guy was a bit angry so I figured he was going to stay in the area to express himself. 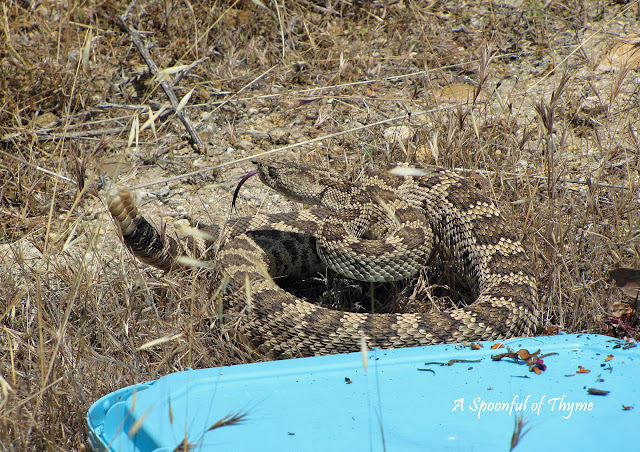 He coiled up, tested the air, and sent his message....stay away.

The snake's tongue provides sensory information to the brain through the Jacobson's organ on the roof of its mouth.  In this case, odor.

Pit vipers also have a two chambered pit organ located between the eye and the nostril on each side of the head.  Since warm-blooded creatures give off thermal radiation even when motionless, the snake's brain is able to identify this heat by comparing the temperature in the outer and inner chambers.  The snake distinguishes between the input received from the right and left pit organs in relation to itself enabling the snake to strike with accuracy during the day or at night. 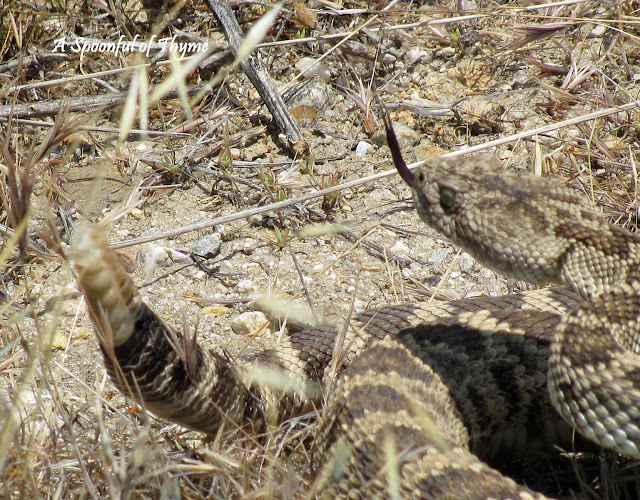 I was directed to come around to the other side so that I could get a good picture.  Why would I want to face a snake that is coiled and warning of a strike?  When a rattlesnake strikes, it covers a distance of about 2/3 the length of its body.  I can be brave. 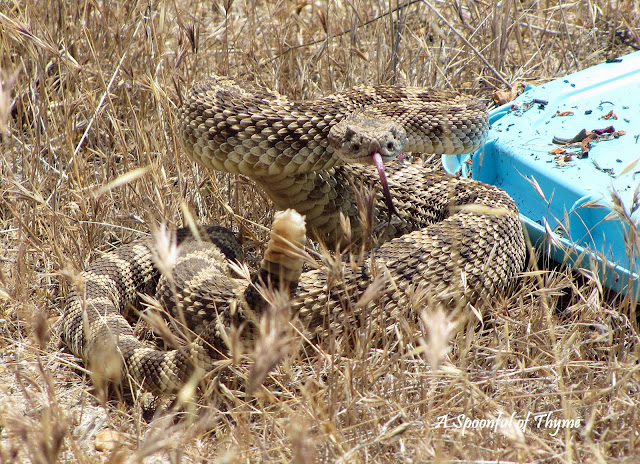 I hoped that the picture would be in focus because I wasn't going to linger in the area!  I am amazed at how well camouflaged the snake is.  I will not be walking the dog in the grassy foothills.