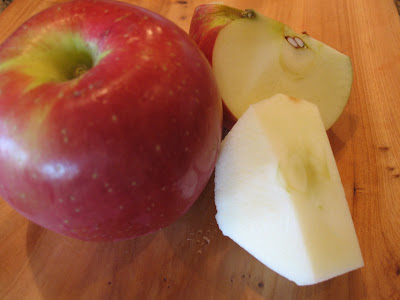 When I went to the apple farm the first of the month, I went with purpose...yes, to buy apples but the real goal was retiring my tried and true apple recipe and find something new. That was risky. I love my apple cake but it was time to branch out. Geez, I had only been making it for what seems like forever. Well, maybe I wouldn't retire it...I would find something just a bit different.

First I looked in my favorite places on the web. I saw that Grace at A Southern Grace had also been trying out apple cake recipes. She tried a version of a Fresh Apple Cake but recommended her Apple Dapple Dream Cake highly. 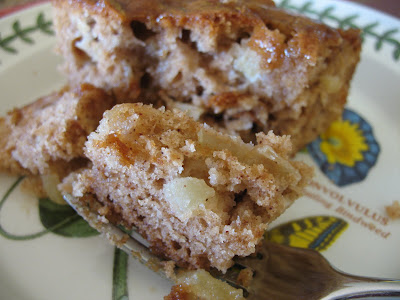 I decided to try the Apple Dapple Dream Cake. This was an excellent cake. It was moist and quite tasty but too similar to my tried and true apple cake.

I decided to continue my search. I was looking for a recipe that had a variety of spices, some nuts and of course, lots of apples, and after tasting the Apple Dapple cake, I also wanted a caramel glaze and I was in the mood for a bundt cake! I read through multiple magazines and cookbooks comparing recipes and decided to try the Fresh Apple Cake from Feast of Eden, a Junior League Cookbook that was tucked away on a bookshelf. I did make one modification. I used a different glaze recipe than the one listed in the book. The glaze below is the one that I used.

Sift dry ingredients together. Add the liquid ingredients, stirring well to combine. Add the chopped apples and nuts. Bake in a large lightly oiled bundt pan at 350 degrees for about 1 hour and 15 minutes, or until cake tester comes out clean.

Glaze
Melt butter in a saucepan over low heat. Stir in both sugars and salt, cook over medium-low heat for two minutes. Add cream and boil for two minutes, stirring constantly.

Pour about 2/3 over the cake while hot. Cool. Invert. Drizzle remaining glaze over the top. 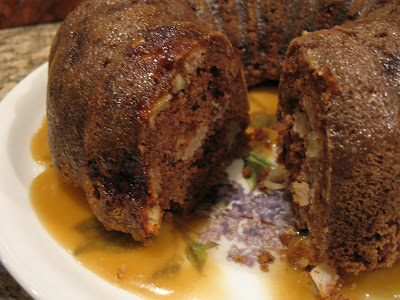 This was a wonderful cake...it had just the right spice combination, it was moist and the glaze when set gave a surprise crunch! Perfect combination moist, flavorful, and a touch of crunch! 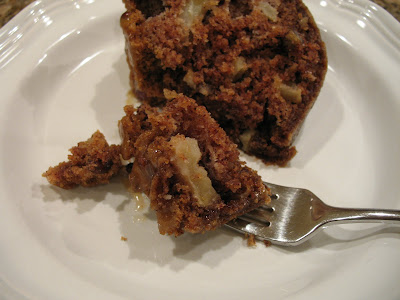 Yummy!
As Mikey says, in the commercial, "Try it. You'll like it!"

Today I am participating in Foodie Friday hosted at Designs by Gollum. Stop by and take a look at all of the fantastic dishes being prepared today!