Our friends recently went to Copenhagen for their daughter's wedding!  How exciting for them to meet their daughter's new family and also get to sample some wonderful new foods.  They had quite an adventure.  When they got home, they were ready to hit the kitchen to prepare some of the wonderful dishes that they sampled.  How lucky were we that they are in our gourmet group and we got to enjoy a wonderful meal!

I learned that bread is an important part of the Danish diet.  Bread and pastries are in abundance!
Denmark's bread is usually a dark, heavy, sourdough rye bread.  It is normally sliced and used as the base for the ingredients used to make Smørrebrød, the Danish open-faced sandwich.

It is only fitting then, that our first course was Smørrebrød.  This Smørrebrød was an appetizer with Blue Cheese, Apples and Bacon!  Would you believe that there is a blog dedicated to just Smørrebrød?  Well, there is and that is where the recipe came from.... 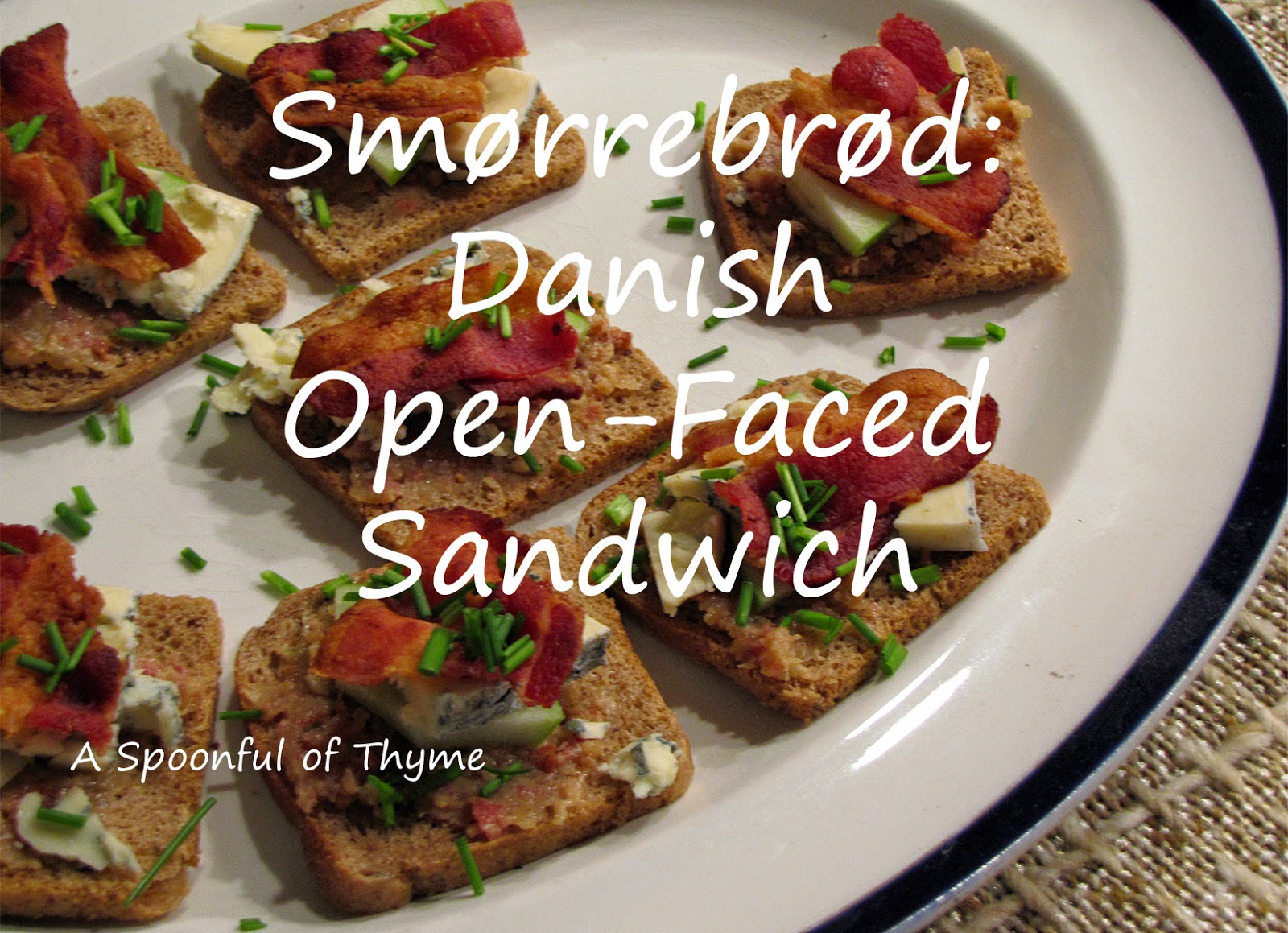 Fry the bacon over medium heat until most of the fat is rendered out of the bacon.
Remove the bacon placing it on paper towels to drain.  Set aside to use later.  Leave the grease in the pan.

Add the onion, apple, and thyme to the bacon grease.  Cook over medium heat until the onions are brown and the apples are very soft.

﻿﻿Pour all the ingredients into a blender and blend until smooth. Season with salt and pepper.

Assembly
Spread each bread slice with thin layer of the savory spread.  Top with a slice of Blue Cheese, an apple slice, and a piece of bacon.  Garnish with chopped chives. 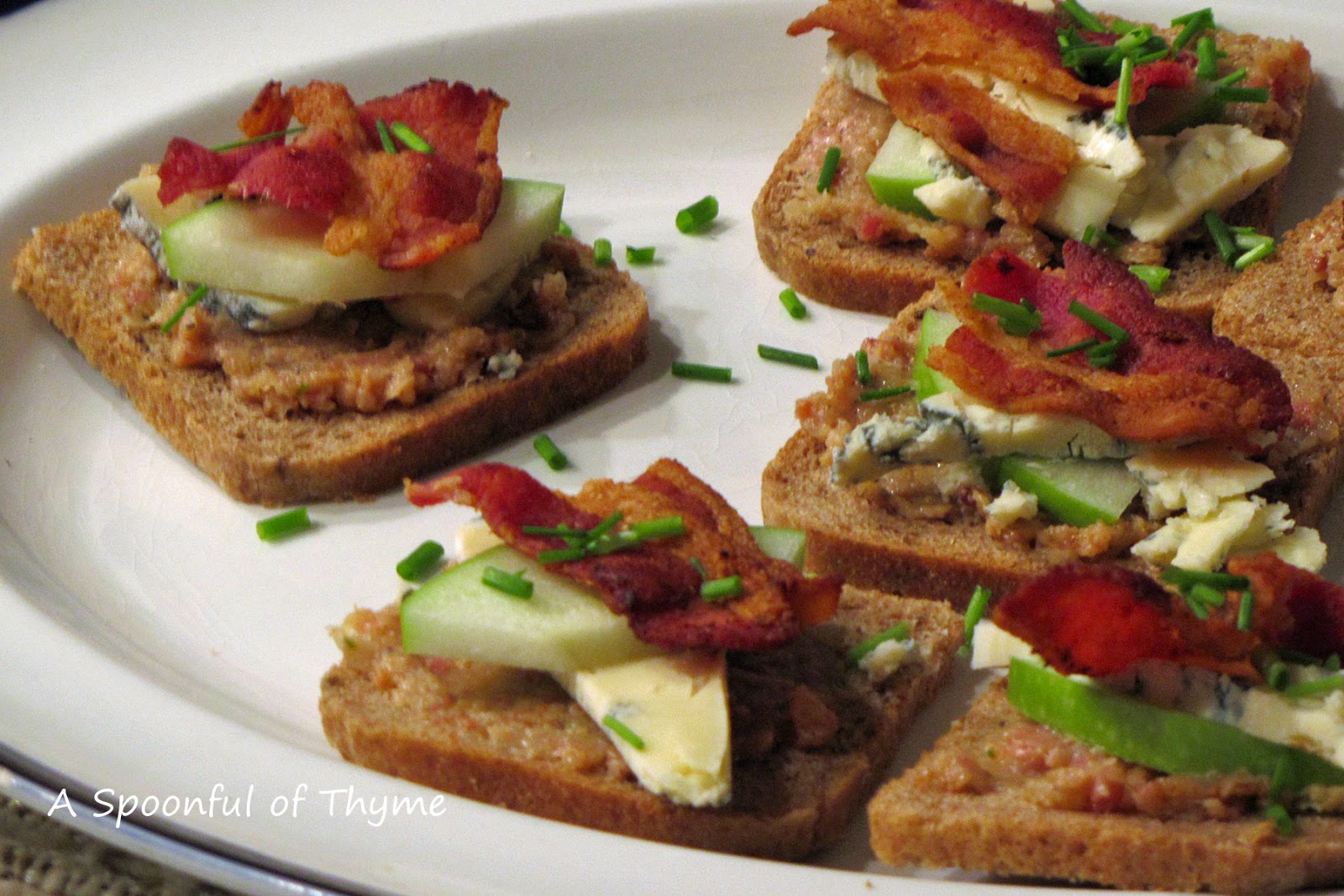 These were quite tasty!   We enjoyed them with a glass of Sauvignon Blanc....mmmm....what a nice start to a great meal!!

We think that they would actually make a nice light lunch, also.  It is a win either way!