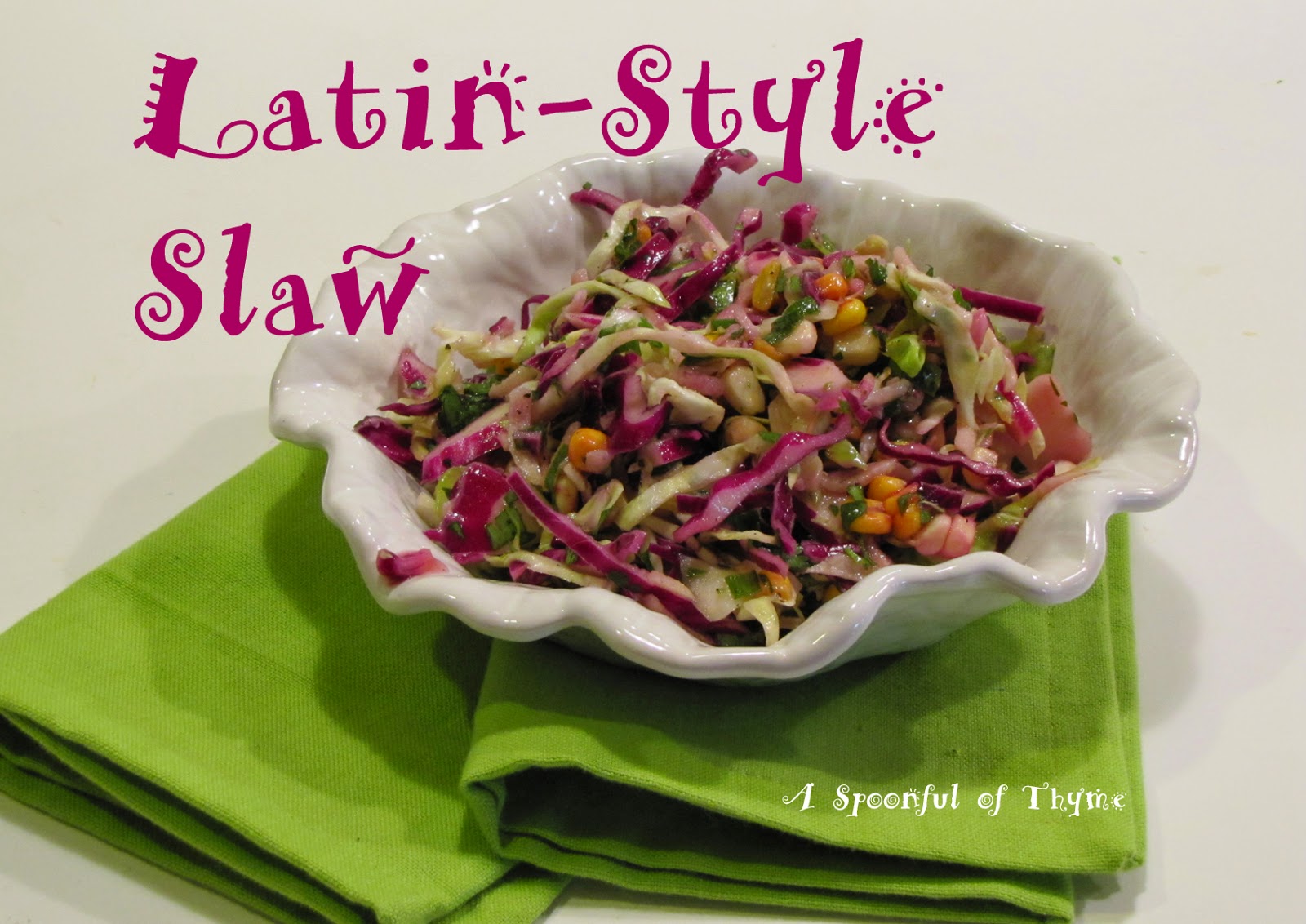 Have you ever loved a dish but never been able to recreate it?  That is me and coleslaw.  For some reason it never tastes like what I loved growing up.  I love coleslaw and have tried numerous dressing recipes but I can never find one that is just the right combination of flavors.  I could do a variety of posts on yucky coleslaw recipes!  But then, yucky is relative!

This time, I tried something different.  I decided that a Latin-Style Slaw would go perfectly with the Latin-Style Pork Tenderloin and Chipotle Butter that we were having for guests. I wanted something that was light...with no mayo.  Something that was fresh, tangy and crunchy!  This proved to be just right and the perfect accompaniment to the pork.  So, I can make a slaw as long as mayo is not involved!

Make the dressing by whisking all of the ingredient together in a small bowl.

Place all of the salad ingredients in a large bowl and toss.

Place in the refrigerator until ready to serve.

Just before serving, toss the salad with the dressing. 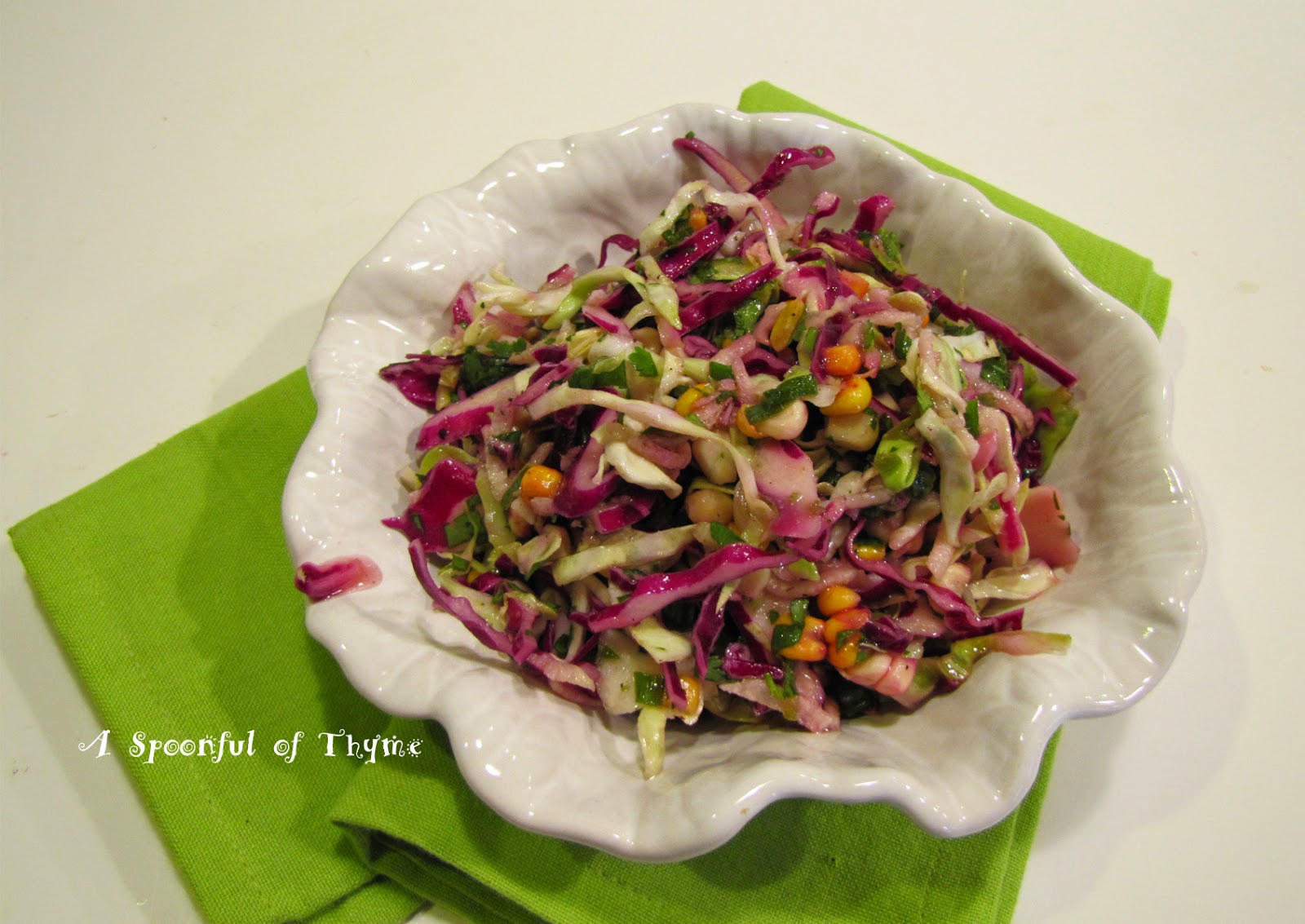 This was a great slaw and would be perfect on a warm summer day...dinner on the patio, or to take on a picnic!
Labels: coleslaw Corn Lime Mexican Cuisine Salad

New comments are not allowed.