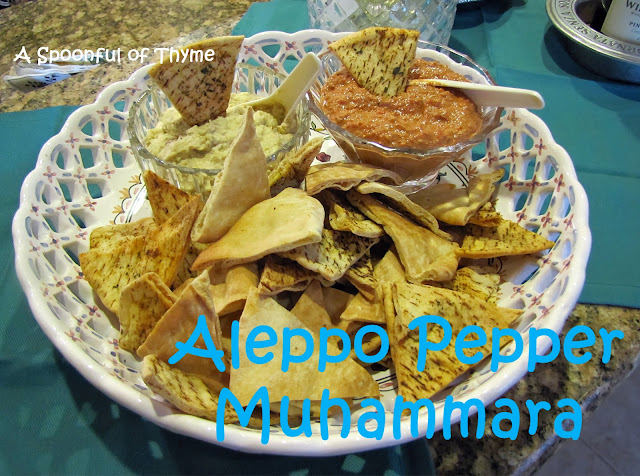 So, what is Aleppo Pepper and what is Muhammara?  An Aleppo Pepper is a type of chili pepper that is from Aleppo, Syria.  It has a robust flavor and a moderate heat level.  Aleppo Pepper flakes can be substituted for crushed red peppers.  I loved the flavor and bit of spark it provided for the Muhammara.

A Muhammara is a Middle Eastern dip mixture consisting primarily of roasted red peppers, walnuts and pomegranate molasses....a little garlic, lemon juice and of course, Aleppo Pepper flakes!   It is served with toasted pita or crudities.

In a food processor or blender, pulse the roasted walnuts until they are broken  down into small pieces.

Add the remaining ingredients and puree until smooth.  Taste for seasoning...you may wish to add additional salt, lemon juice or pomegranate molasses.

Transfer to a serving bowl and serve with toasted pita chips.

The Muhammara may be stored in the refrigerator for up to a week. 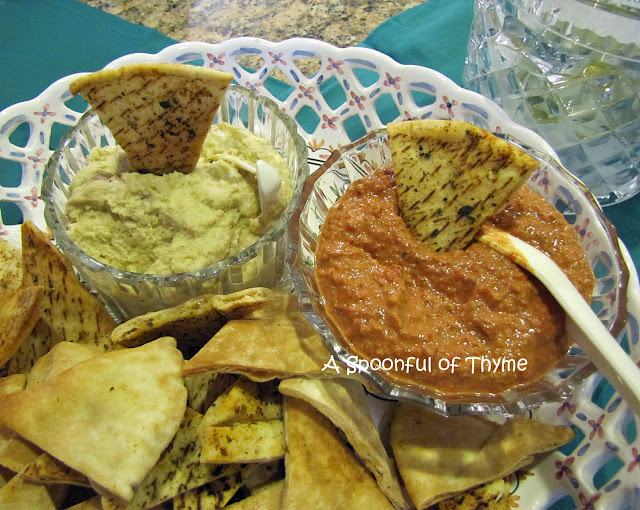 It has been so much fun exploring the distinctive flavors of the Middle East!  I think I need another container of the Muhammara to snack on....
Labels: Appetizer Middle Eastern Cuisine