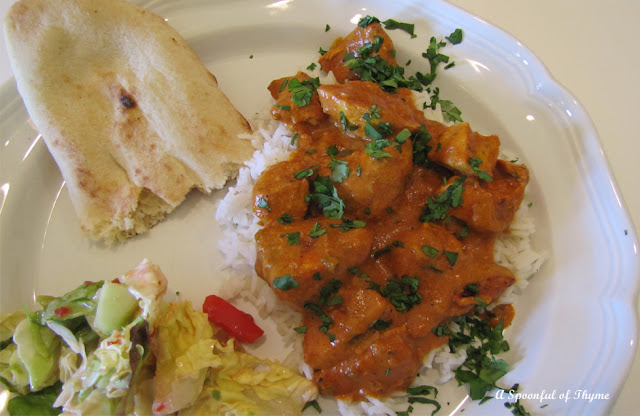 Having just gotten back from a three week vacation, there was a definite need to go to the grocery store.  Between unpacking, washing, ironing, cleaning, organizing, and reorganizing, I had to squeeze in the trip to the store.  It had to be done....I must admit that I did delay two days.  Nobody starved, there was food in the freezer...it was just not what everybody wanted; so they thought they were starving!

While shopping my daughter called and asked what the dinner plan was.  The plan was to have Grilled Chicken and Peaches with a Peach Chipotle Sauce.  That announcement was met with silence.  Being ever so flexible I asked what the plan should be.  And, guess what?  She volunteered to cook Chicken Tikka Masala.  She said she had put together a couple of recipes and would make it.  Yum!  I love Indian Cuisine. 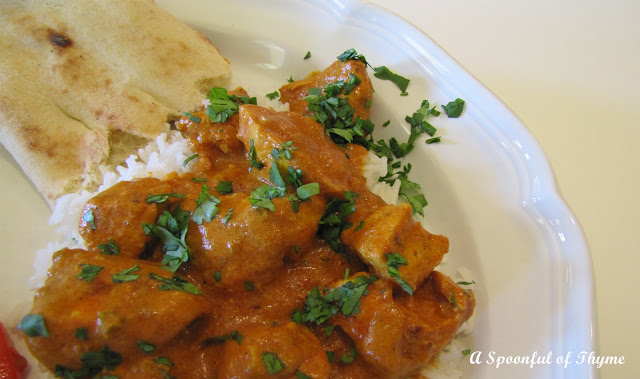 In a large bowl, combine marinade ingredients.  Stir in chicken, cover, and refrigerate for 1 hour.

Preheat the grill on high heat.

Thread chicken onto skewers.  Discard the marinade.  Grill chicken until juices run clear, about 5 minutes on each side.

Melt butter in a large heavy skillet over medium heat.  Saute garlic and jalapeno for 1-2 minutes.  Add the cumin, paprika, ginger, garam masala, chili powder, and cayenne.  Stir in tomato sauce and cream.  Simmer on low heat until the sauce thickens, about 20 minutes.  Add the grilled chicken to the sauce and simmer 10-15 minutes.  Transfer to a serving platter and garnish with fresh cilantro. 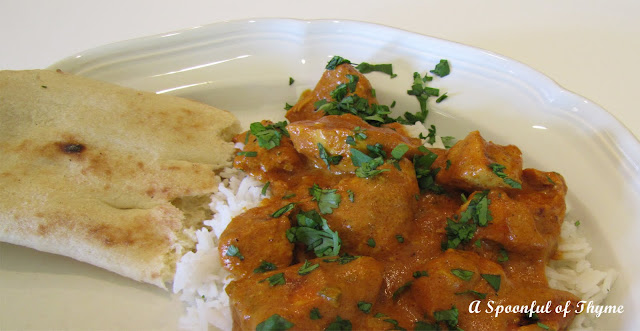 Delicious!  I love it when Lindsey decides to cook.  She does a great job!
Labels: Chicken Indian Cuisine Main dish