Last Saturday I arrived in Seattle to be Grandma.  When my daughter and son-in-law's schedules involve travel, an extra pair of hands and driver, are needed!  I was especially excited because the weather forecast was for snow!  I had not seen snow up close and personal for twenty years.  In the Central Valley of California snow is an unlikely occurrence.  In fact the last time it snowed was 1999!

And yes, I was weird and ran out front every hour on Sunday evening to take a selfie and mark the progress of the snow.  Never, did I believe that in the morning, I would see this: 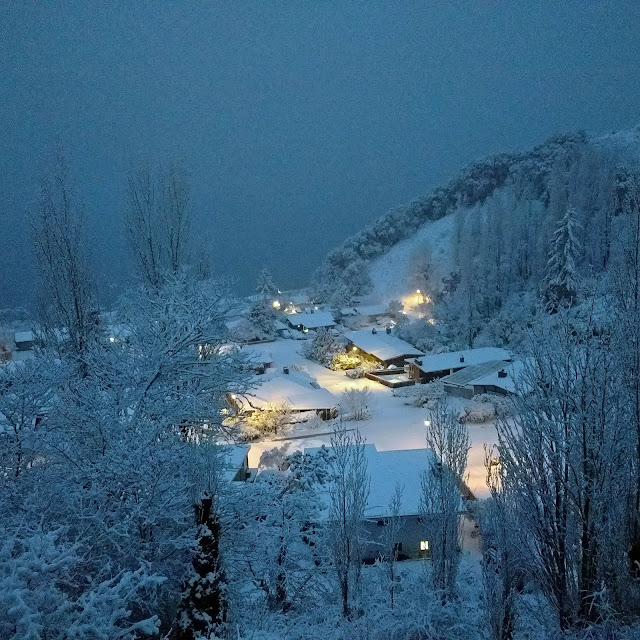 It was like seeing a Christmas Card but in this case it is early Valentine's!

I was fascinated with everything about the snow:  the quiet beauty, the way it blanketed the area, how it layered on the tree branches, the echo of the children as they ventured out to play.... 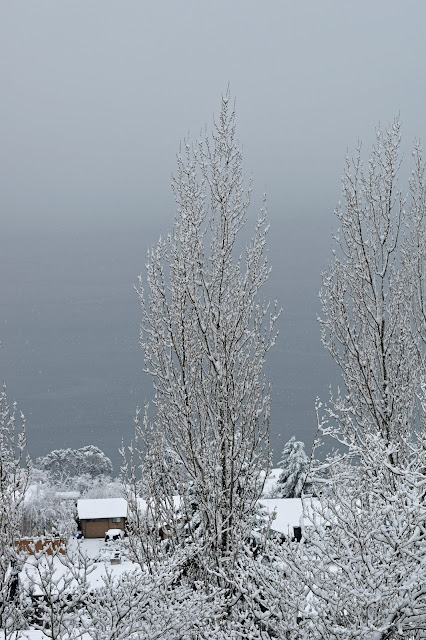 Some of the trees couldn't handle the weight of the snow such as the bamboo tree below. 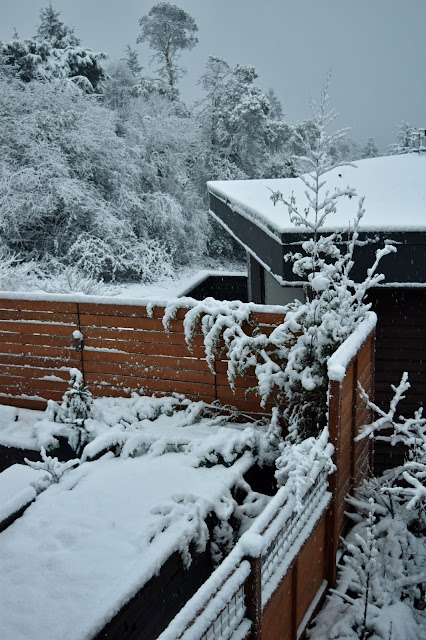 I especially liked the contrast between the tree branches and the snow. 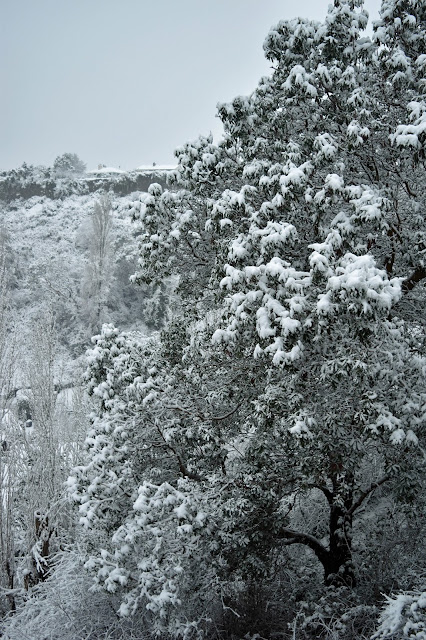 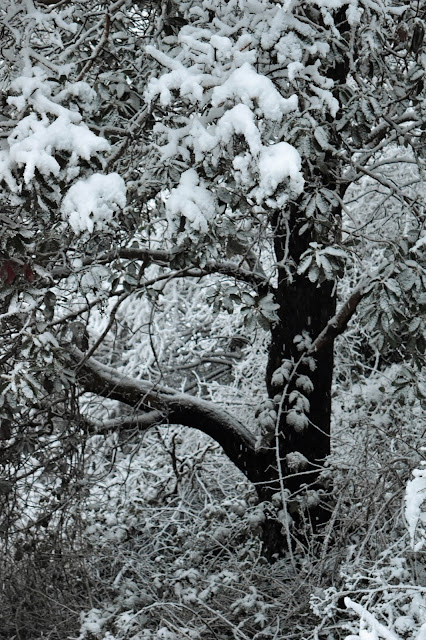 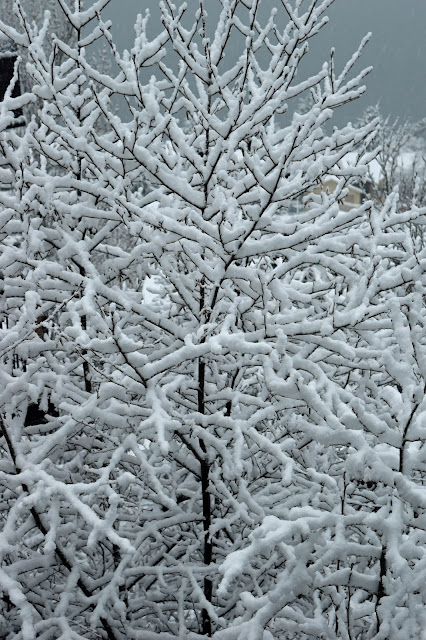 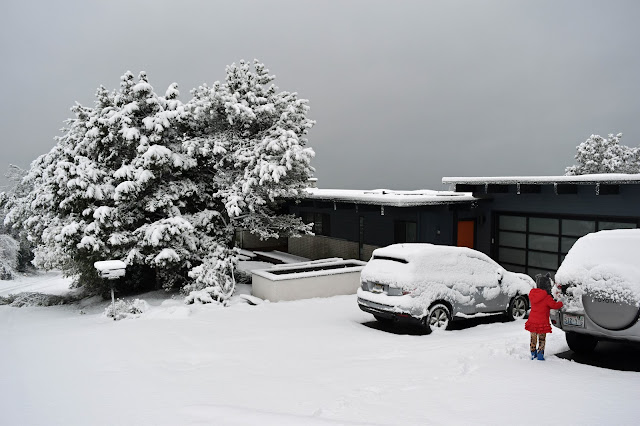 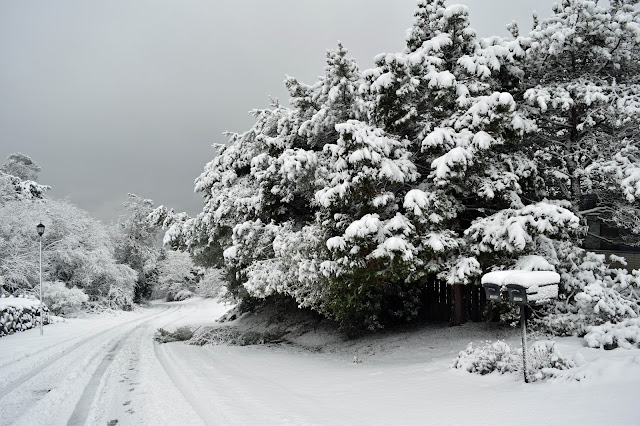 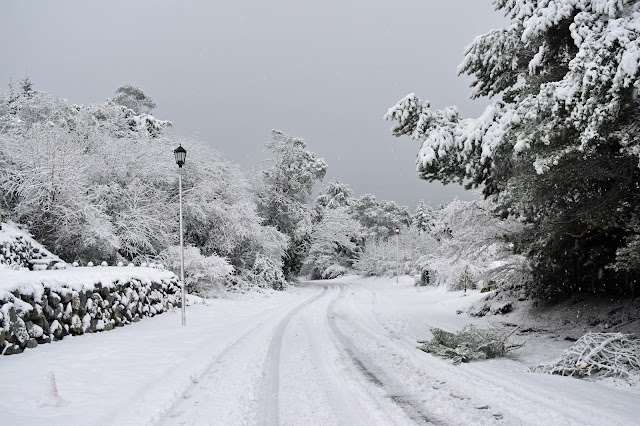 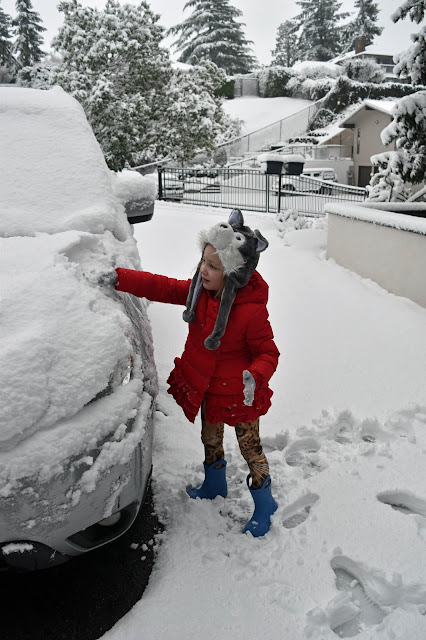 Kissing the snow was also a highly rated activity. 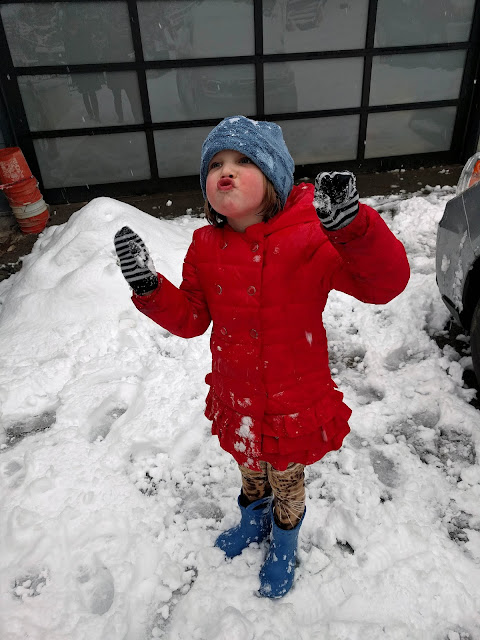