Earlier this summer I visited my daughter in Seattle.  The visit just happened to coincide with Sabine's third birthday.  It wasn't planned that way, it just happened....how nice for me! 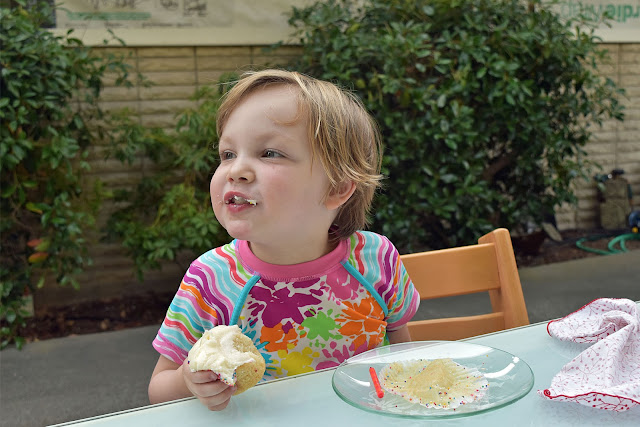 Isn't she adorable?  What a character!  She sure does keep us on our toes.  She loves to cook and spends a great deal of time on her stool at the counter or the stove....helping.  It is so much fun.  It just so happened that she got her chef's hat and apron along with some more cooking utensils for her birthday.  She was in heaven! 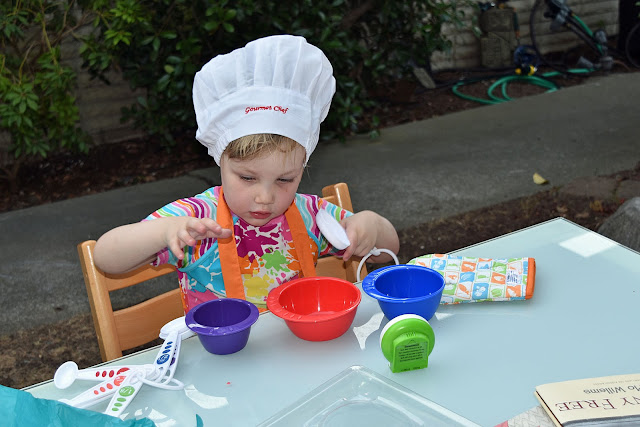 Sabine wasn't the only one with new play things.  My daughter had gotten an Instant Pot and wanted to show me how quick and easy it was to prepare a meal.  I had no idea about the Instant Pot.  She told me it was a combination appliance a pressure cooker, a slow cooker, a rice cooker....the list goes on....and that dinner could be made quickly.  Sounds like a must have for the working mom!

I must admit that I was impressed.  I have always been intimidated by my pressure cooker.  I think had I not been told over and over again about explosions and being careful, I might have felt differently.  Needless to say, I rarely use my pressure cooker.  Sorry, Debby Foodie Wife...I just cannot do it!  But, your recipes look so delicious that you have me thinking...Maybe a working mom isn't the only one who should have an Instant Pot!

On this day, my daughter served a tasty Lentil and Spinach Dal.  Each bite was wonderful!  She served it over brown rice with a garnish of fresh yogurt and chopped cilantro along with some warm naan.  Not only was dinner made in a snap....it was delicious!  The recipe directions below are for using the Instant Pot but one could easily adapt the cooking time to use the slow cooker. 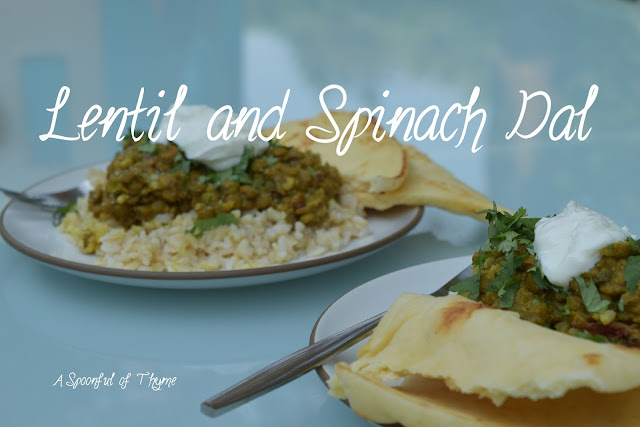 Lentil and Spinach Dal over Brown Rice
adapted from Flavorrd

Add the olive oil to the Instant Pot to cook over medium heat (press the "Saute" button to begin cooking at medium saute heat.)  When the oil is hot, add the chopped onions and cook until they are soft and translucent.  Stir in the minced garlic and cook until fragrant, about a minute.  Turn off the heat. (Push the "cancel" button.)  Add the turmeric, cumin, coriander and cayenne.  Mix well to combine.

Add the lentils, tomato wedges, salt and water to the onion and garlic mixture.  Cover the Instant Pot with the lid.  Be certain that the valve is in the sealed position.  Press the "Manual" button and set the cooking time to 10 minutes.  After the program has finished, press "Cancel" to turn off the warming mode, and wait 10 minutes before opening the valve to release the pressure.

Remove and discard the tomato skins.  Whisk together the lentils to emulsify.  Smash the tomatoes against the side of the pot if necessary.  Add the spinach, cilantro and butter to the mixture.  Stir to combine.  The residual heat will wilt the spinach.

Serve over brown rice with a dollop of plain yogurt, a sprinkle of chopped cilantro, and naan on the side. 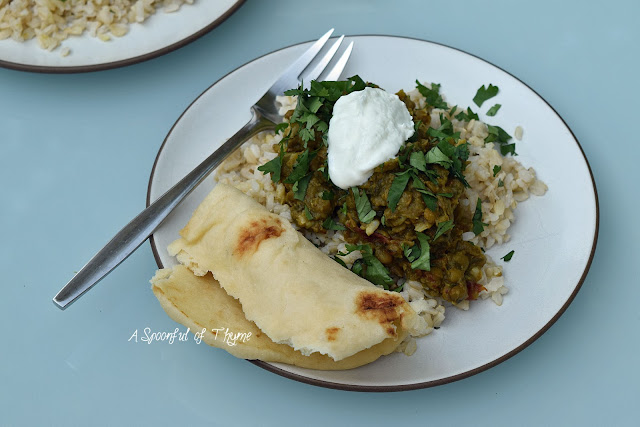