As you know, I rarely make pies.  I have a bear of a time with the dough so I pretty much have given up.  As I contemplated making the galette in the previous post, I started thinking about my "dough of choice" as was listed as number one one the ingredient list.  I realized that I did not have a dough of choice.

I did however start thinking about pies, my grandma, my mom and my Aunt Orlean....they all made pies.  They all had a dough of choice.  I remember my aunt giving me her recipe and saying it has vinegar in it, don't wrinkle your nose...just make with it.  It will turn out every time.

Could I find the recipe?  NO!  My cousin came through and sent it to me lickity split.

Of course, I do not have a picture of a piece of dough.  I was too busy trying to roll it out to take a picture and too nervous about moving it to even think about a picture....  As I worked my way through the process, I realized that it was easy.  It rolled out great.  It transferred in one piece.  It didn't fall apart.  It was easy to work with.  Hurray!

Maybe I had my "dough of choice".

In a large bowl, with a pastry cutter, gradually work the Crisco into the flour until it resembles a coarse meal. In a small bowl, beat an egg with a fork and then pour it into the flour/shortening mixture. Add the vinegar and salt. Add the water a little at a time stirring together gently until all of the ingredients are incorporated and the dough comes together.  (I started with 3 Tablespoons of water and mixed, adding an addition tablespoon until it came together.)

If you are not using both pieces of dough, separate the dough in half.  Set one aside.  On a lightly floured work surface, roll out one half of the dough to the desired size (about 1/2-inch larger that the pan you are using) and about 1/8-inch thick.  (If the dough is sticky, additional flour may be sprinkled on the surface of the dough or rubbed on the rolling pin.) Lift the dough carefully from the counter and transfer the dough to the pie pan. Go around the pan pinching, tucking and smoothing to make a clean edge. Refrigerate until ready to use, up to an hour.

Note:  Place the other half of the dough in a Ziplock bag. With a rolling pin flatten the ball of dough into a disk.  Seal the bag and freeze for another time. When you are ready to use it, allow the dough to thaw for about 15 minutes before rolling.
PRINTABLE RECIPE 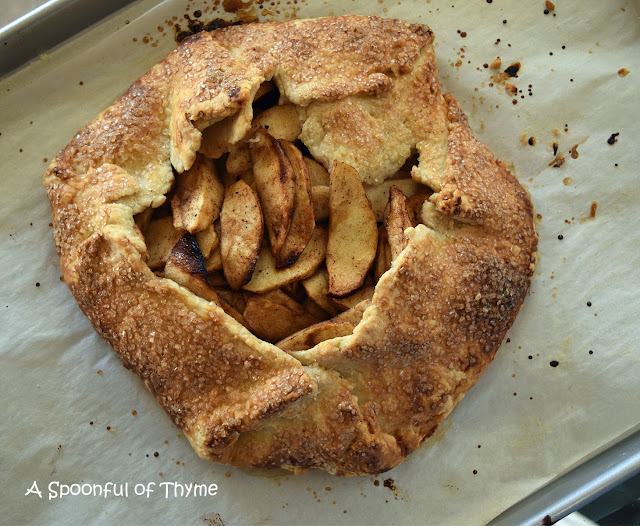