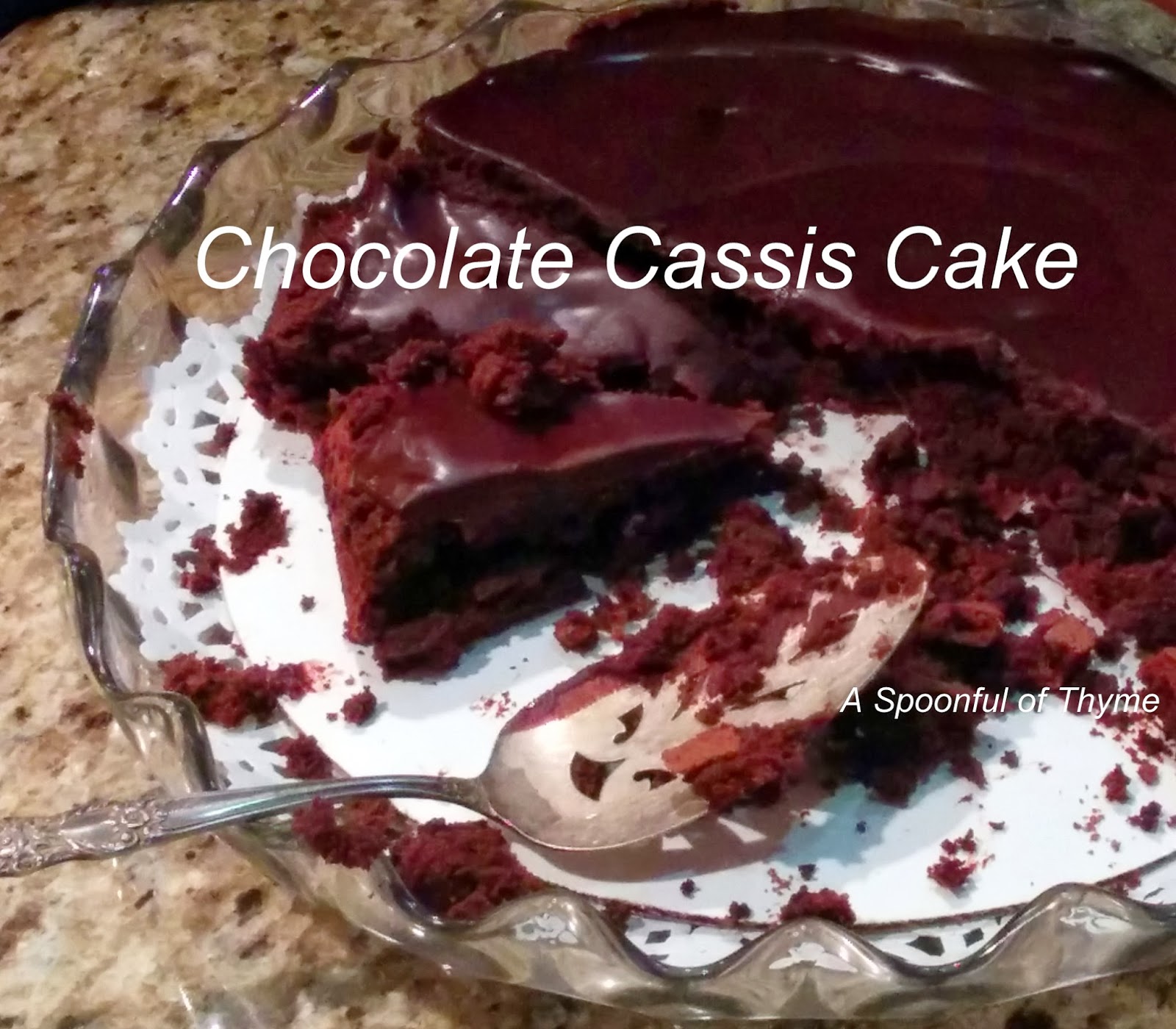 We had a wonderful treat at our last gourmet group meet-up.   One of the gals made this delicious Chocolate Cassis Cake...it was so delicious....pretty much heaven with every bite!  When my friend told me what she was making, I had to pause and ask if I even knew what Creme de Cassis was....and of course I had some in the liquor cabinet....or should I say cupboard?

Anyway, if you are curious, Creme de Cassis is a liqueur from France.  It is made from blackcurrants...it is sweet and dark red in color.  Currants are grown in many regions of France and the liqueur is labeled with the region...such as Creme de Cassis de Dijon.  As to the quality of the product, it is based upon the variety of the fruit, the content of the berries and the production process that is used.  Creme de Cassis as we know it dates back to 1841.

Prior to that it was called "ratafia de cassis".  This drink is known to date back to 1000 AD in Italy where officials of the Catholic Church used the phrase Rata Fiat to announce the official ratification of a marriage.  The inventor of the liquor named it so after the strong liquor enabled a large population of Andormo, Italy to survive the plague.   The man's son survived and was able to marry...thus "Ratafia de Cassis...his marriage was ratified.

Melt the butter and chocolate together in a heat-proof bowl set over a pan of simmering water, stirring occasionally until smooth.  Set aside to cool for 5 minutes.  Whisk in the cocoa powder, cassis, and vanilla and set aside.

Using a mixer (whisk attachment, if available), beat the eggs, sugar, and salt on high speed for 3 to 5 minutes, until pale yellow and triple in volume.  Pour the chocolate mixture into the egg mixture and carefully but thoroughly fold them together with a rubber spatula.  Pour the batter into the prepared pan and bake for 35 to 40 minutes, until just barely set in the center.  Allow to cool in the pan for 30 minutes and then release the sides of the pan. Invert the cake carefully onto a flat serving plate, remove the parchment paper, and cool completely.

Glaze
Melt the chocolate and cream together in a heat-proof bowl set over a pan of simmering water.  Stir until smooth.  Off the heat, whisk in the cassis and vanilla.  Allow to cool for 10 minutes and spread over just the top of the cake.

Fifteen minutes before serving, toss the berries gently with the sugar and cassis.  Cut the cake in wedges and serve with the berries on the side. 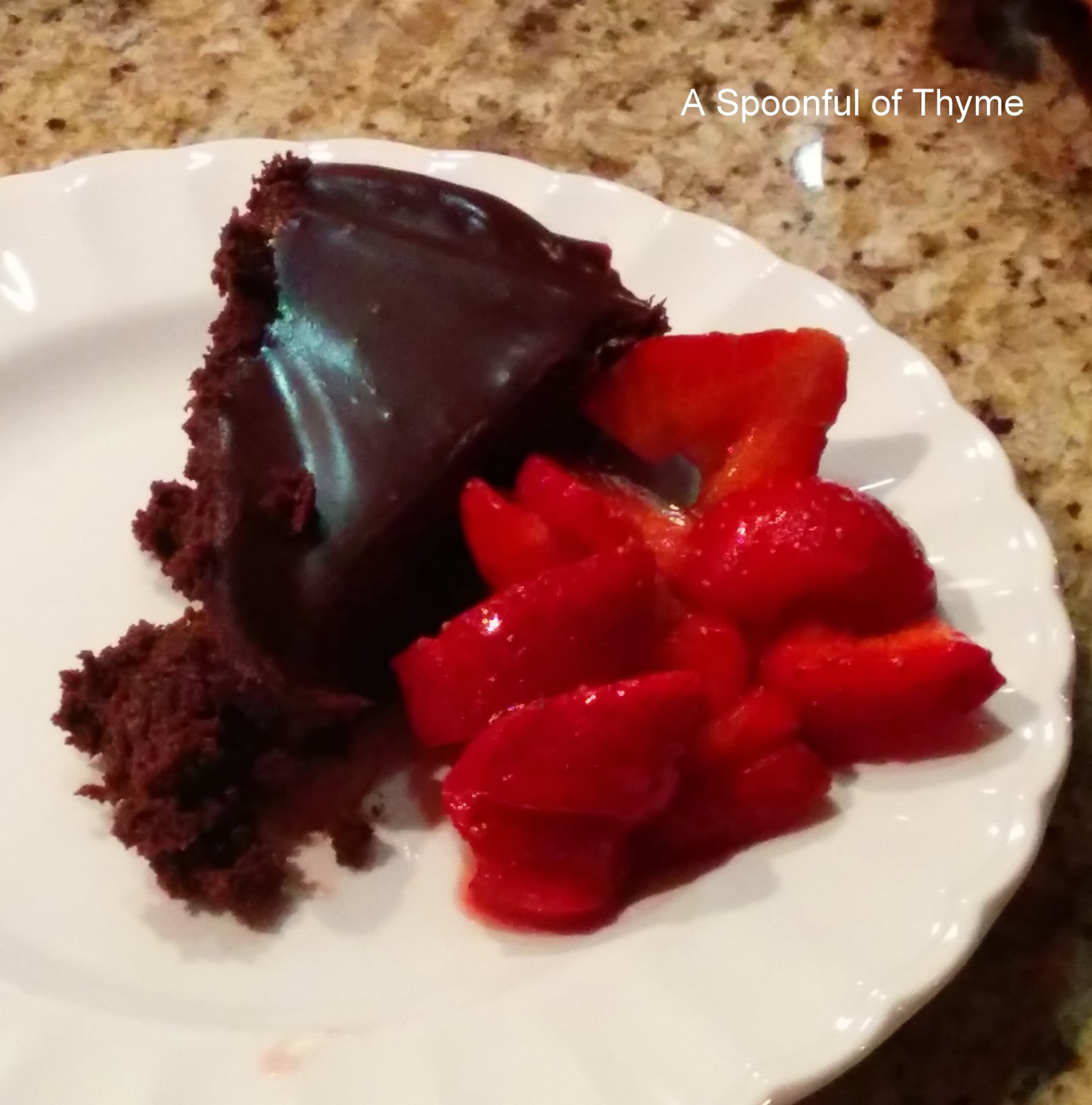 The raspberries were omitted on Saturday....I wouldn't have noticed had I not seen it in the recipe! It has been a fairly warm winter with much sunshine....so, strawberries are ripening early this year. For the first of the season, these were really sweet!  It will be a good year....