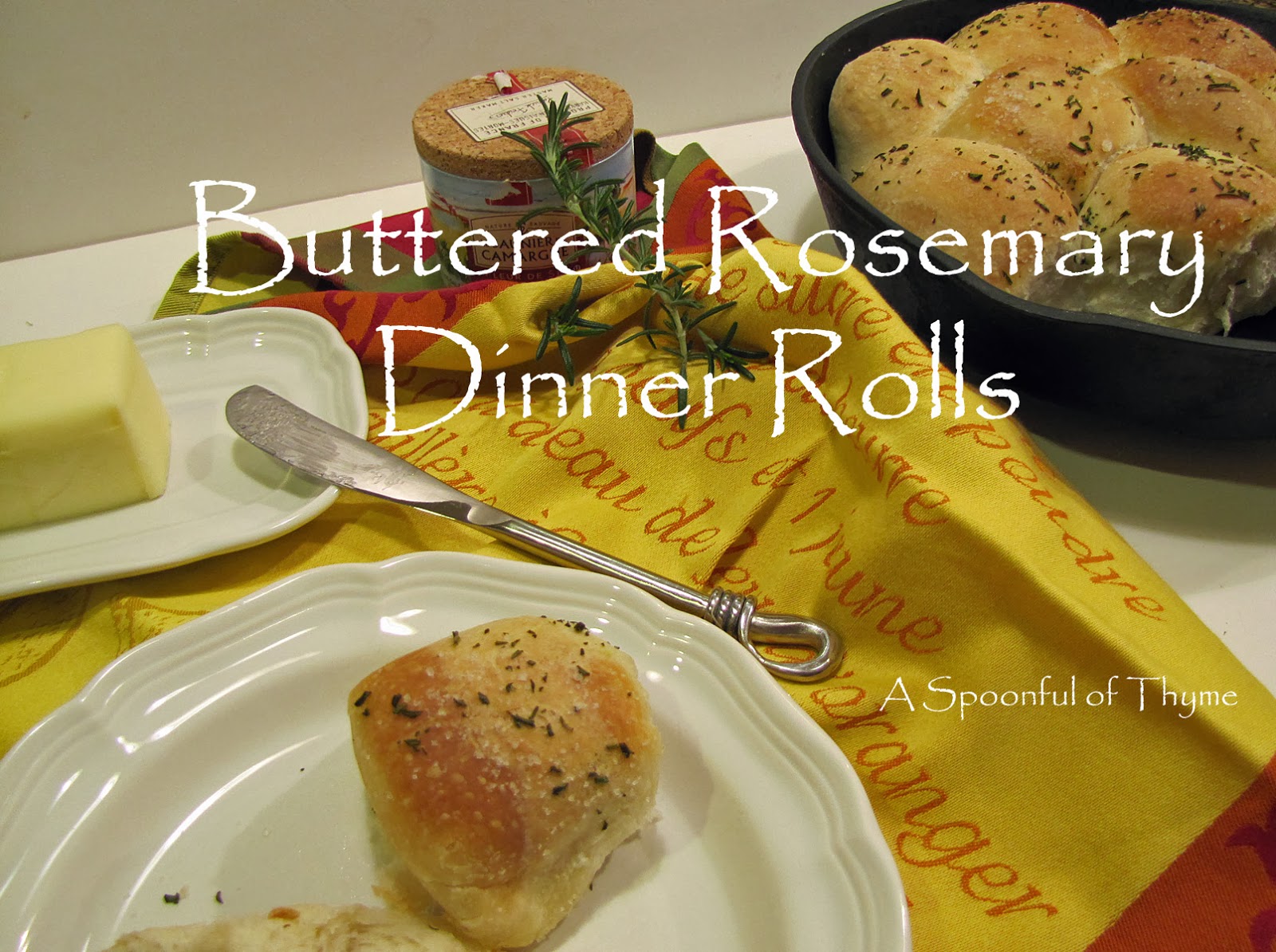 Sometimes having a fire burning and the oven heating are just what is needed to keep warm and make something satisfying at the same time!  Yesterday, in the late afternoon it became cloudy and cold....not the East Coast kind of cold just the California cold...but cold, just the same.

I was digging around in the freezer and found a bag of frozen, unbaked dinner rolls...so, in the spirit of trying to create freezer space by using up surprises in the freezer, I decided to give them a try.  There really isn't anything easier...you just need a few hours of lead time!  There is a recipe in one of Ree Drummond's cookbooks about dinner rolls that she bakes in a cast iron skillet and before baking, she brushes with melted better, sprinkles chopped rosemary and sea salt....easy.  Of course, I had to dig around in the garage to find the cast iron skillet....it had gone on a camping trip with Mr. T....

1) Melt one to two tablespoons of butter in the skillet.   Let the skillet cool for about ten minutes.
2) Place the frozen rolls in the skillet.  Do not crowd...you want space so that they can raise.
3) Cover the rolls with a dish towel and set aside, in a warm place to raise for at least two hours.  I placed the skillet on the fireplace hearth....and it took them about three hours to raise to a nice size.  I peaked and turned the skillet once during the raising time.
4) When they have raised they will be puffy and soft.  Brush them gently with melted butter.
5) Sprinkle the rolls with chopped rosemary and then with sea salt.
6) Bake for 15 to 20 minutes and are golden brown. 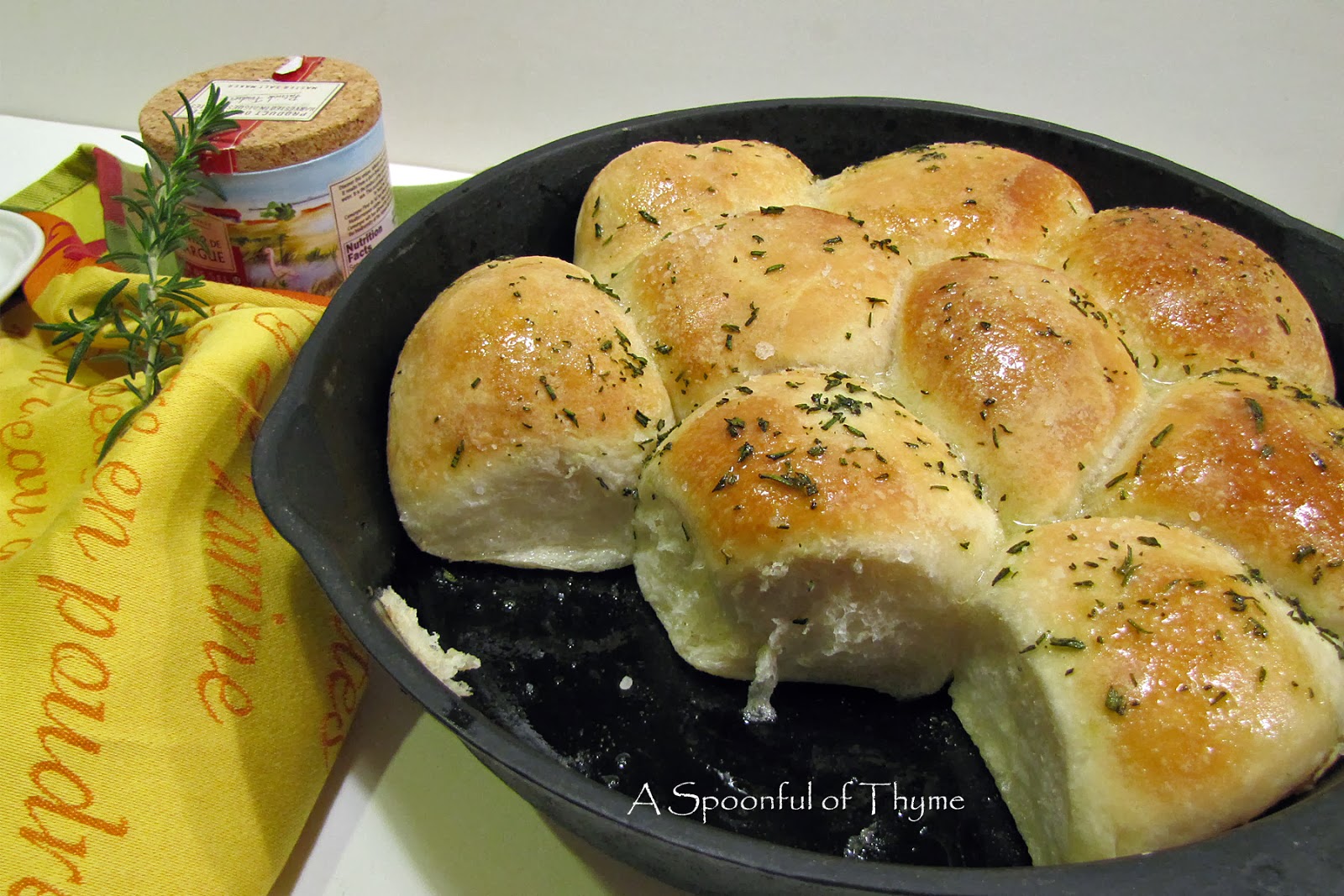 These were really quite tasty and they didn't take me all day...yes, I know that I could have made my own dough...or if I had a bread machine I could have quickly turned out some great dough...but, I didn't...I took the short road....the one less traveled....

I must admit that I had never used unbaked dough until this recipe.  I wouldn't be opposed to doing it again!