I am a big fan of bread pudding.  Bread pudding for dessert, bread pudding for a snack, and bread pudding with milk and a sprinkle of sugar for breakfast!   Yum.  When I was a little girl my mom would make it for us, it was fairly basic back then....stale bread, raisins, and custard.  There is a flair to bread pudding these days with the addition of coconut, apples, or pecans, and wonderful sauces such as a lemon-rum sauce or a brandy sauce or a creamy bourbon sauce.

When I was assigned The Weekend Gourmet for this month's post for The Secret Recipe Club, my love of bread pudding lead the way to Wendy's Apple-Raisin Cinnamon Bread with Creamy Bourbon Sauce.  This was a recipe that I was certain to love!  Really....what's not to love? 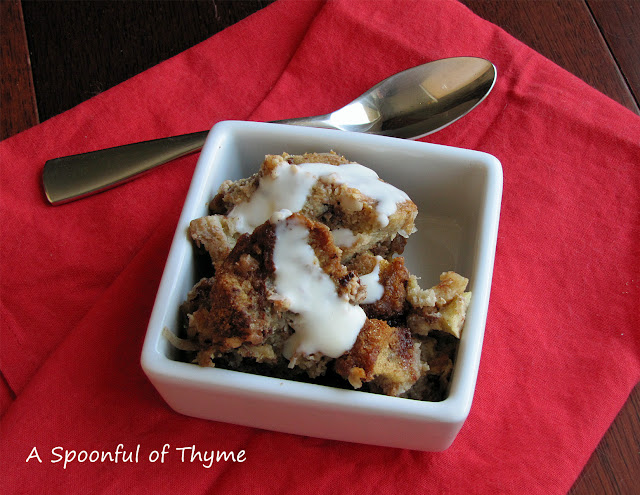 Wendy's recipe was mighty good!  I only made a couple of changes to meet our taste.  I added 1/2 cup of coconut and I substituted Emeril's whiskey sauce recipe.

Place above ingredients in a large mixing bowl.  Whisk well to combine.

Add the next four ingredients to the custard mixture.  Stir well to combine all of the ingredients.  Pour the mixture into the buttered dish.

Bake for one hour, rotating the dish about halfway through for even cooking.  During the last 10 minutes of baking time, sprinkle a mixture of cinnamon and sugar (2 Tbsp sugar and 1 tsp cinnamon) over the top of the pudding.  Continue baking.  The pudding is done when it is puffy and golden brown.

Combine cream, milk, and sugar in a one quart saucepan and set over medium heat.  Place the cornstarch and 1/8 cup bourbon in a small mixing bowl and whisk to blend making a slurry.  Pour the slurry into the cream mixture and bring to a boil.  Once the sauce begins to boil, reduce the heat to a gentle simmer and cook, stirring occasionally, for 5 minutes.  Remove the sauce from the heat, add the salt, and stir in the butter and the remaining bourbon.  Serve warm. 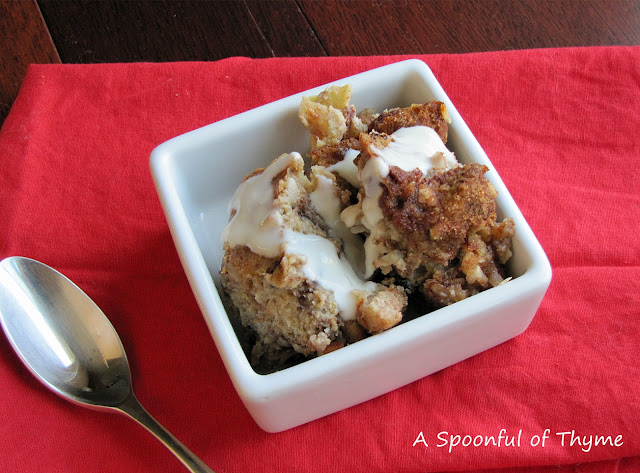 This was even better the next day!  I know that I will be making this again, it was delicious!  What even made it better is that there is an apple tree growing in the backyard at my daughter and son-in-law's house.    (We just welcomed their daughter and our granddaughter to the world four days ago and I am staying here to help out for few days.)  It is a single tree that was grafted with five different varieties.  I picked two different varieties of apples for the pudding. 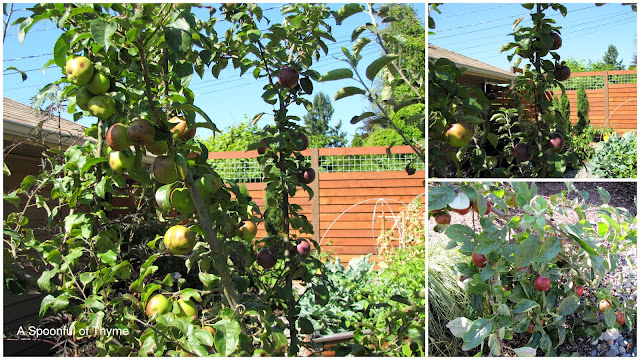 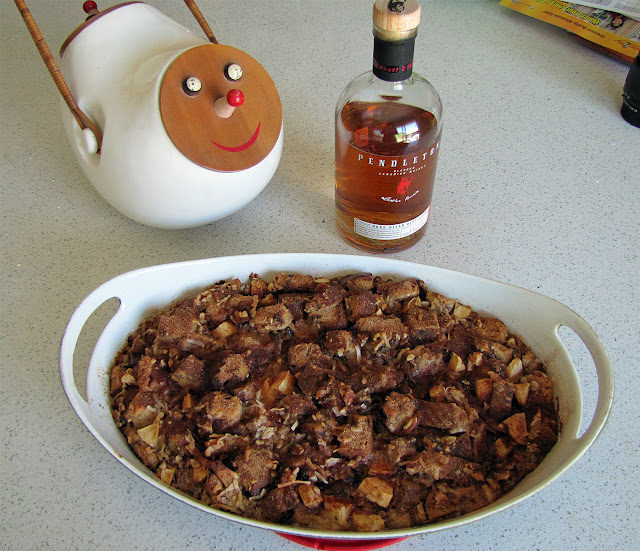 A few words about Wendy:  Wendy started her blog as a creative outlet and an easy way to share family recipes.  Her vision has taken her to the television studios to cook "live" as well as opened partnerships with many food companies.