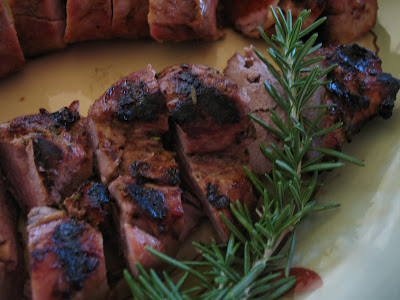 I have always been a fan of pork so I have a tendency to purchase pork tenderloin over beef. The standard at our house has been Pork Tenderloin with Honey, Mustard and Rosemary. It was published in Fine Cooking magazine. After making the same recipe for so many years, the Kitchen Gnome decided that he needed to try something else. Since there are two tenderloins to a package, he prepared our standard but on the remaining tenderloin he used a purchased mango chipotle sauce.

Both were excellent. I need to branch out more often!

Combine the honey, mustarc, rosemary, slat, pepper, and black mustard seeds, and olive oil in a shallow dish large enough to hold the pork tenderloin. Add the tenderloin, turn to coat, and marinate it for at least an hour. 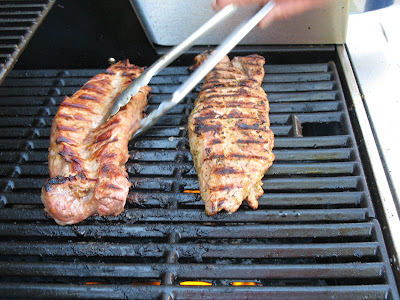 Heat the grill or broiler. Cook the pork until golden brown on all sides and firm to the touch, about 12 to 15 minutes total cooking time. Let the tenderloin rest on the cutting board for a few minutes, cut it on the diagonal into thin slices, and serve. 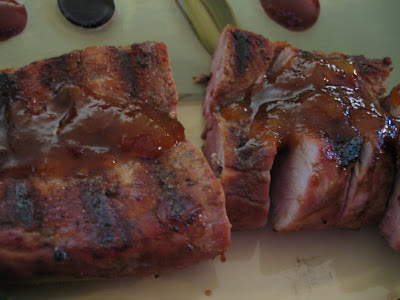 I love rosemary with pork...it is wonderful. This recipe is always a success. I guess one of us can't get enough of it! The other half would like to explore...not a bad idea as long as I get the standard once in awhile!
Labels: Main dish Pork