Sometimes there are dishes that have a broad appeal.  I think that is the way with David Lebovitz's Chicken Marsala  recipe.  I first saw it on his blog, here.   Then Monique at La Table De Nana tried it and said it was worth making again.  That was followed by Penny at Lake Lure Cottage Kitchen who had also seen Monique's post and made a variation.  Well, there you have it...from my perspective, Chicken Marsala was a must to make.  Monique mentioned that she only used two chicken breasts but didn't reduce the sauce accordingly.  That was a great recommendation and as Monique says, "You can't have too much sauce."  That is what I did...and I agree with Monique! 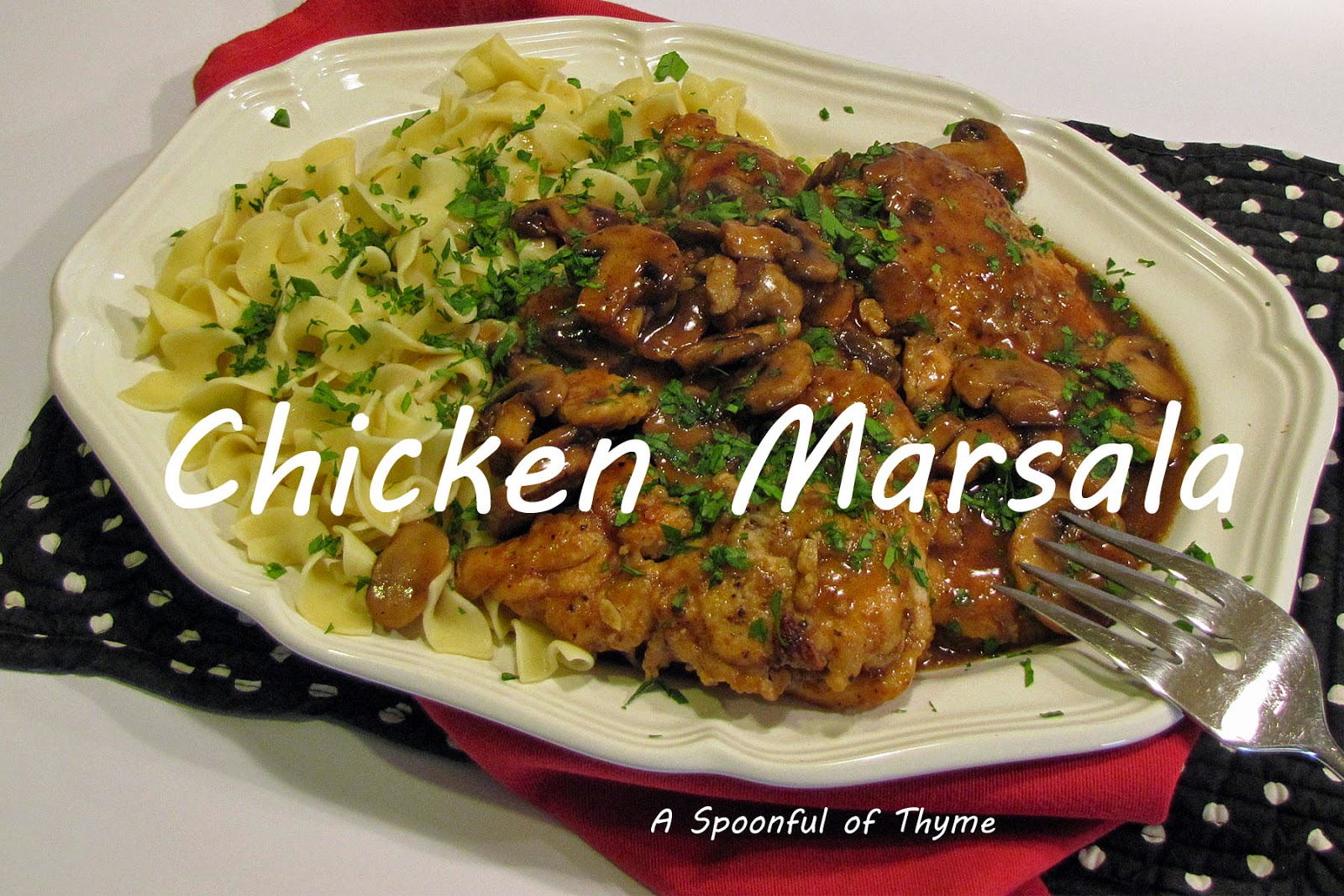 This is one recipe that I can see being repeated for company or just the two of us.  It was delicious and worthy of numerous repetitions!

Place the breasts in a ziplock or between sheets of wax paper and pound to 1/2-inch thickness.  Place in a bowl and season with salt and pepper.  Set aside.

Scrape the mushrooms and garlic onto a plate.  Wipe the pan clean to remove any bits of garlic.

Dredge half of the chicken in flour, shake off any excess.  Heat 1 tablespoon olive oil and 1 tablespoon butter.  Add the chicken in a single layer, do not crowd.  If you are using a large skillet and they won't be crowded, all of the breasts may be cooked at once.

Saute the breasts, cooking and turning midway until browned on both sides.  When browned remove them to a plate.  If cooking half of the chicken at a time, repeat the above with the remaining chicken pieces.  While the chicken is cooking, stir the cornstarch into the chicken stock until completely dissolved, then mix it into the Marsala.

Cook the chicken and mushrooms with the sauce over a medium heat.  Turn the chicken pieces occasionally to make certain that they are basted in the sauce.  Continue cooking until the chicken is cooked and the sauce has thickened, about 5-6 minutes.  Remove from the heat.  Stir in the remaining tablespoon of butter, the balsamic vinegar and the chopped parsley.  Taste the sauce and season with salt if needed. 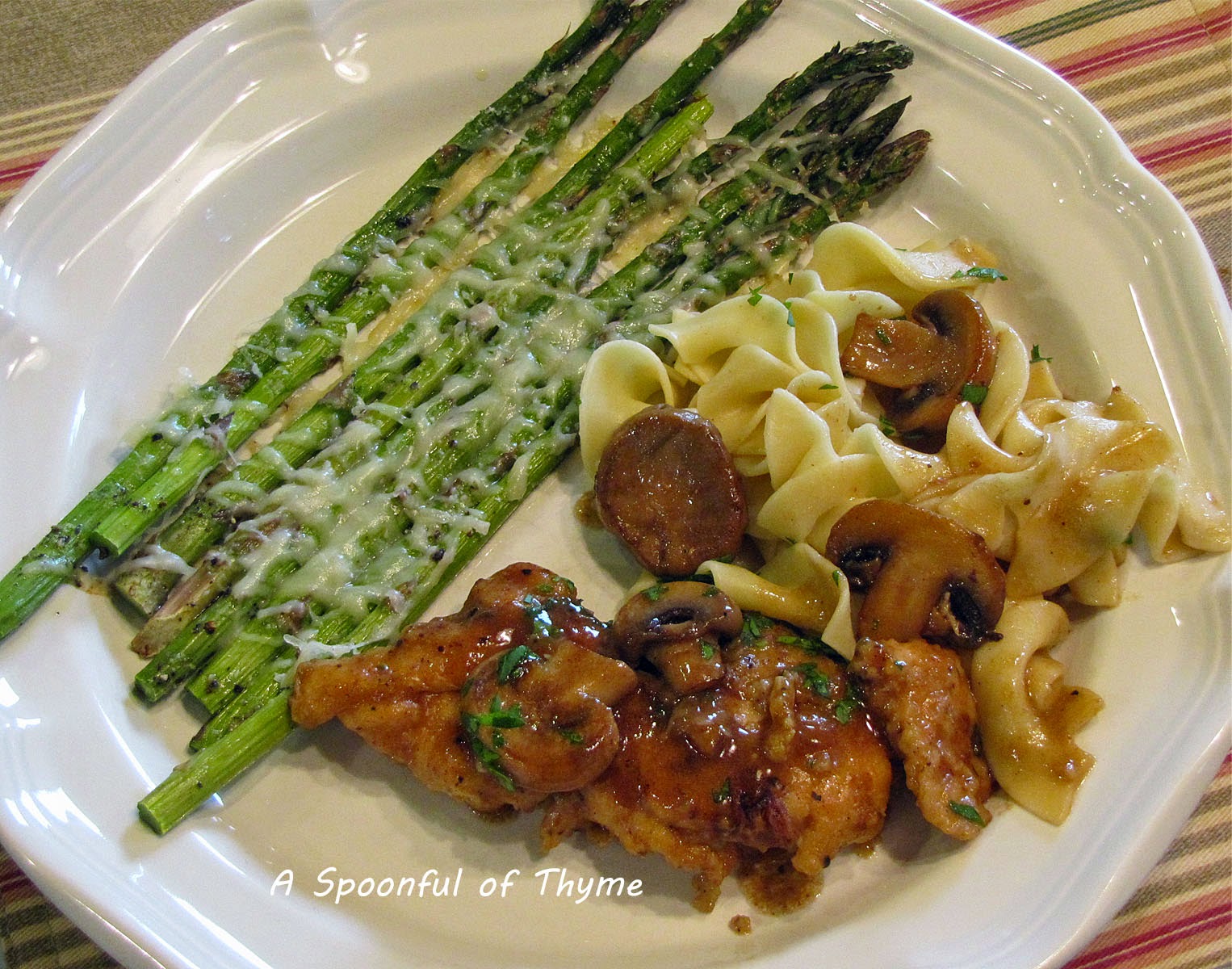 We had enough left over for a second meal.  We were both sorry to see it disappear!