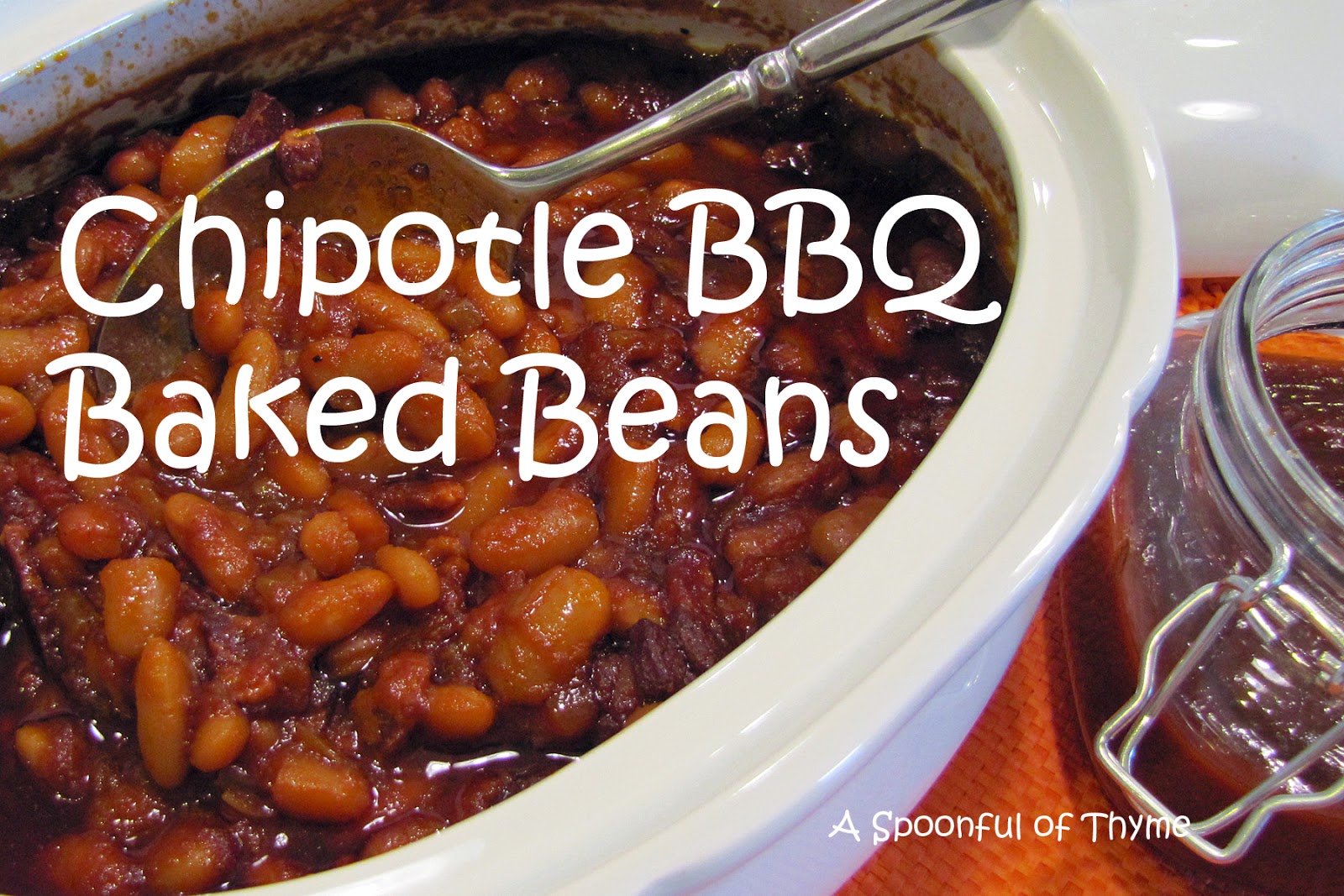 There are some sides that you just don't mess with....my mom's baked beans is one of them.  She is always called upon to "bring the baked beans".  Making these beans is not stepping into her territory.   They are different from the ordinary baked beans.  They have a nice smokey, zesty flavor and if you aren't careful they could be down right hot...spicy hot!!

The beans are made with the Chipotle BBQ Sauce that I made for hamburgers.  And, as I mentioned, it is always nice to be able to use a sauce in different ways.  The recipe calls for a tablespoon of cayenne.  Cayenne and chipotles together would make for one powerfully hot dish. Given that thought, I decided to cut way back on the cayenne.  It is all personal choice but if you want to have any taste buds left after eating...I recommend cutting back on the cayenne!  I also removed all but about 2-3 Tablespoons of the bacon fat when I cooked the onion....once again, it is personal choice.

Cook the bacon over medium heat until crisp.  Remove the bacon strips and drain on paper towels.

Leave 2-3 Tablespoons of bacon fat in the pan.  Add the diced onion to the bacon fat and cook, stirring, until translucent, about three minutes.  Add the tomato sauce and bring the mixture to a boil.  Add the brown sugar, molasses, and cayenne.  Stir until combined.  Add the vinegar, stirring to combine and scrapping to remove any bits of bacon on the bottom of the pan.  Add the beans, Chiptole BBQ Sauce and bacon and heat throuogh.

Ladle the beans into a 3-quart baking dish and cover with foil.  Bake for 30 minutes, or until the mixture is thick and bubbly.  (I reduced the oven temperature after thirty minutes and allowed the beans to continue to cook until thickened.)

PRINTABLE RECIPE (for both beans and Chipotle BBQ Sauce) 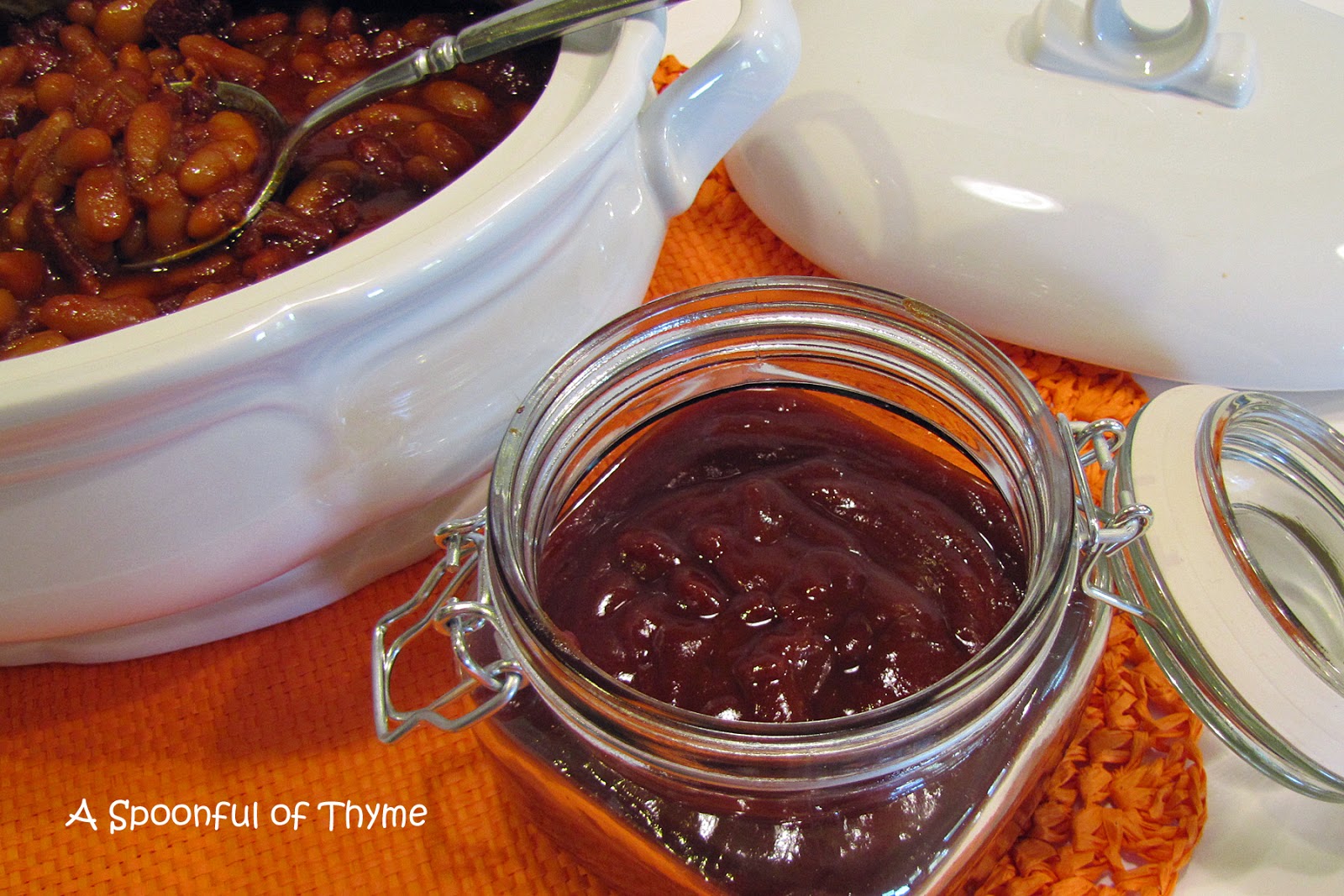 It was fun to make a different kind of baked bean.  As with most bean recipes, allowing the beans to sit for an afternoon or overnight allows the flavors to meld....they kept getting better and better...or maybe I just love baked beans!
Labels: Barbecue Beans Side dish