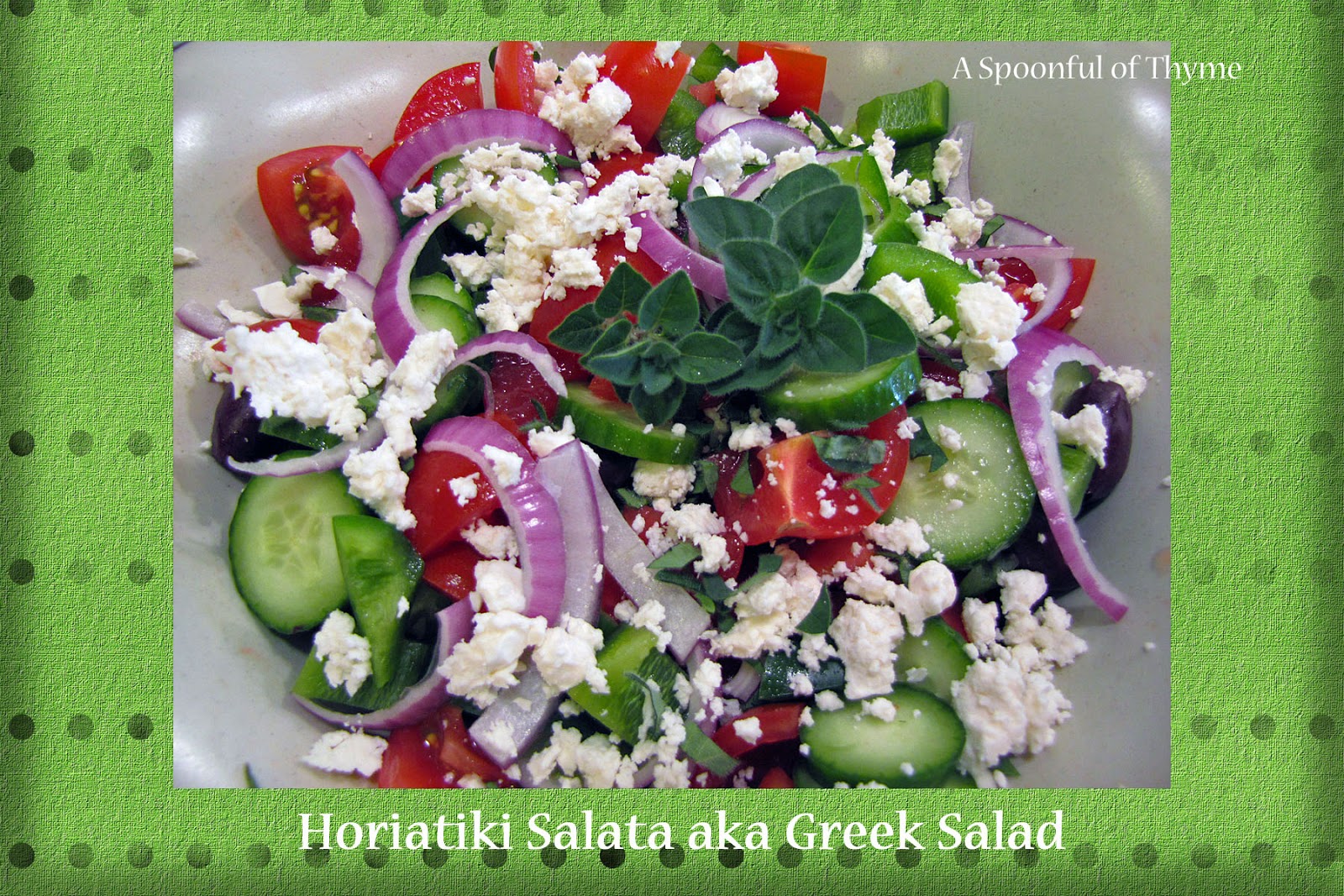 While traveling in Greece I couldn't resist adding the weight of a cookbook to my carry-on....one can never have too many cookbooks.  The recipes in the book are relatively simple as is this Horiatiki Salata aka Greek Salad.  Spring is around the corner but I couldn't resist making this with the cute little Persian cucumbers and Campari tomatoes I found while at the market.

What drew me to the recipe was that it included both olives and capers.  I love the addition of kalamata olives or capers to a dish and this had both!!  Simple was nice too....

In a bowl combine the tomato quarters and cucumber slices.  Place the onion and pepper rings in the bowl.  Add the olives, capers, oregano and salt and mix lightly.  Crumble the feta and place it on top of the salad and dress with the olive oil. 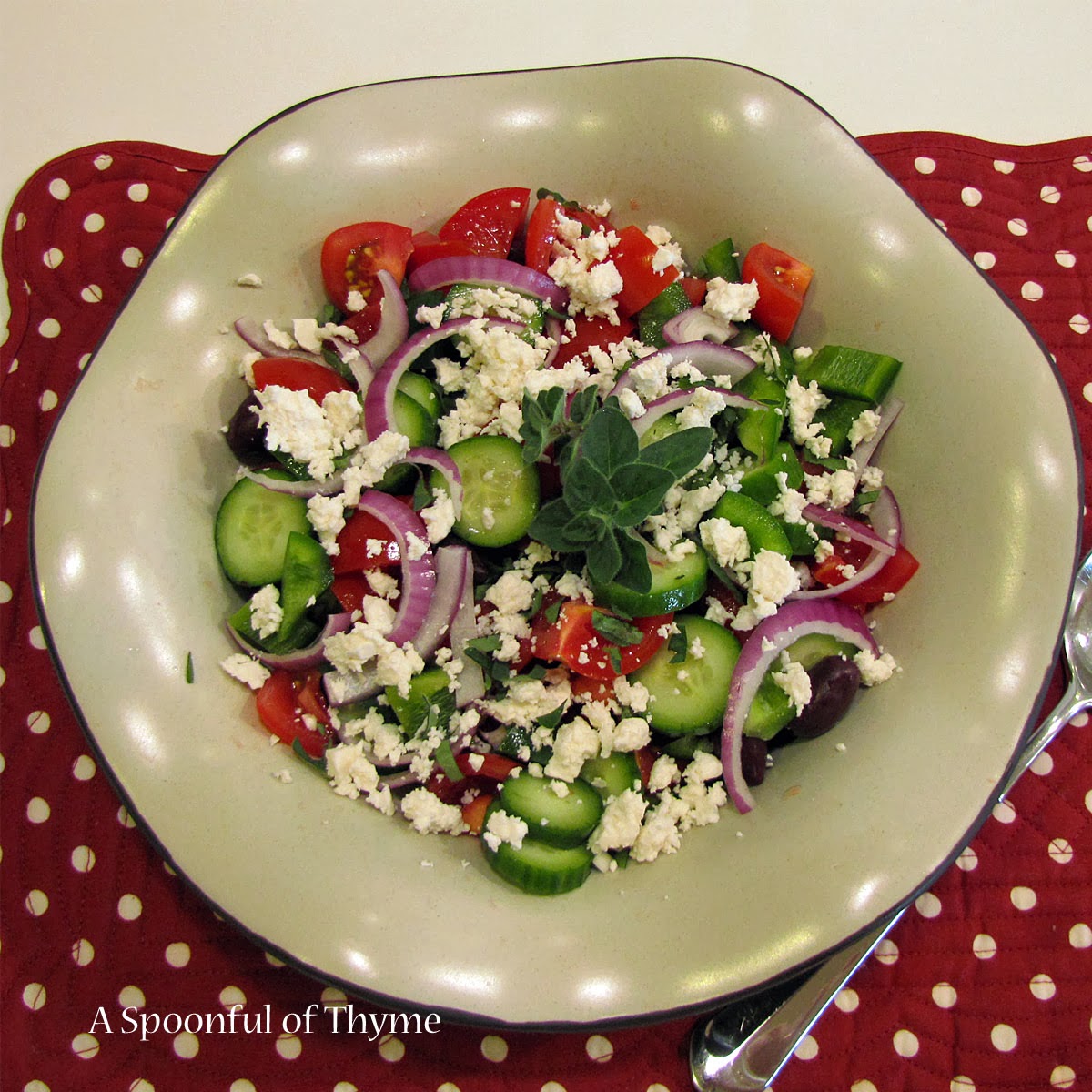 This is one of those salads that can be made to your taste.  If you like more cucumbers, add them..if you don't like feta, omit it....there can be many combinations but one thing is certain. You will enjoy all of the fresh ingredients!

I had posted another Greek Salad along with a Greek Dressing earlier this year.  While they are similar there are some differences...but both have wonderful fresh produce.