I am a radish lover.  I remember my dad handing me a lightly salted radish when I was a little girl...there was something about the sharp flavor and crunch that I loved and have continued to love. Given my love of radishes one would think that I would have learned about heirloom radishes ages ago....it didn't happen...so since it did not, I can be happy today with my discovery:  Black Spanish Radishes! 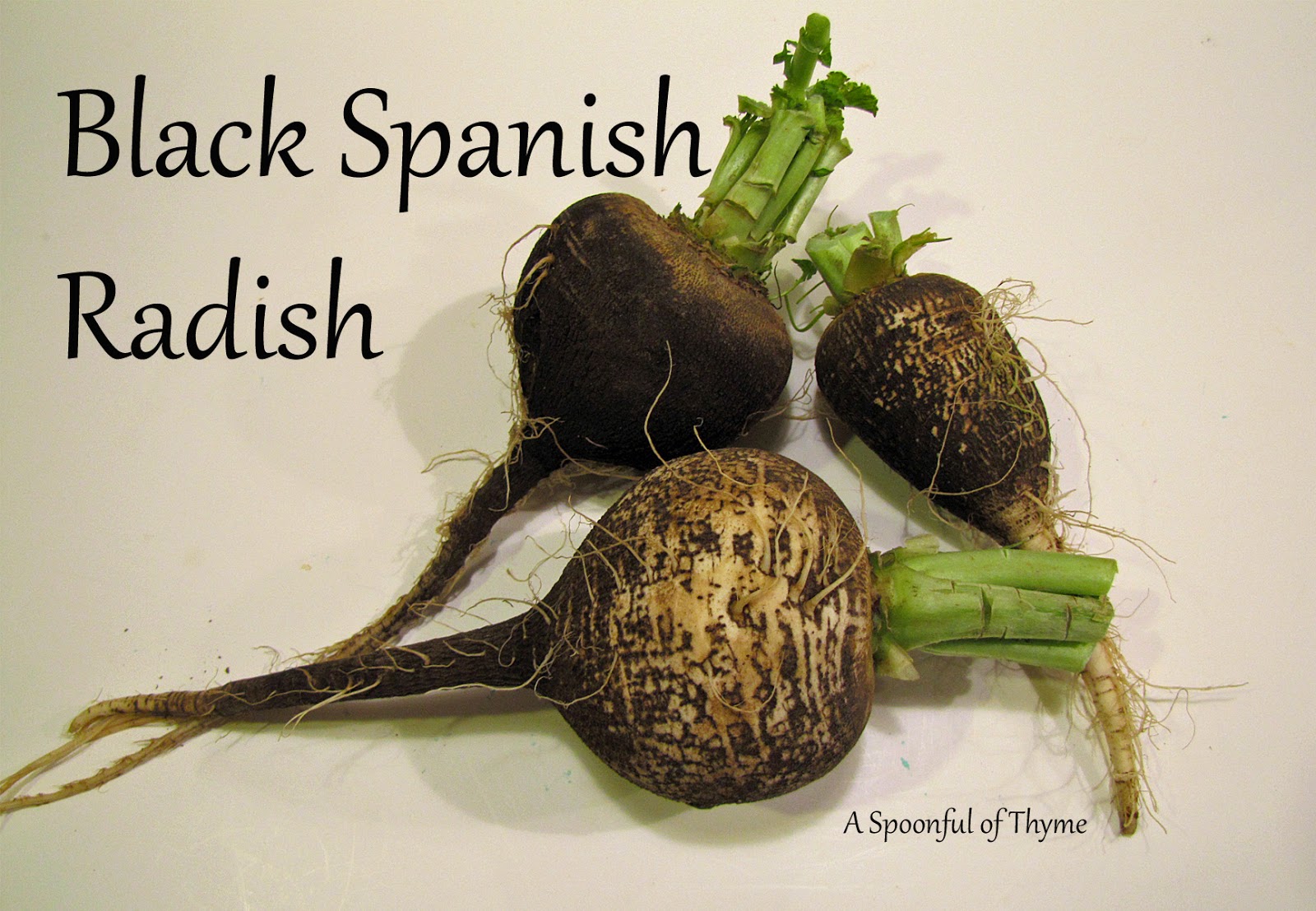 The root vegetable with the dramatic black exterior that was in our veggie box this week was none other than the heirloom Black Spanish Radish, a cousin to broccoli and kale.  The charcoal black exterior is rough due to the tiny wrinkles covering a snowy white flesh.  These ranged from three inches to four inches in diameter.  It has a crisp, peppery, pungent flavor which is said to improve with age.

This heirloom variety of radish has been enjoyed during the winter months in Europe for the last 600 years and in Asia long before that.  The Black Spanish Radish is hardy and easily kept in the root cellar over the harsh European winters.  These radishes were enjoyed during Medieval times both raw and cooked.

The Black Spanish Radish was also important medicinally and said to be important to one's well being. The radish supports a healthy liver and gallbladder, aids in digestion and detoxification, and is high in nutrients. No wonder they were a regular part of the diet.

I decided to roast the radishes along with a few other root vegetables and I must say, I really liked them.  Maybe roasting curbs the sharpness that I was told to expect because I found them quite pleasant and not over powering....worthy of including again. 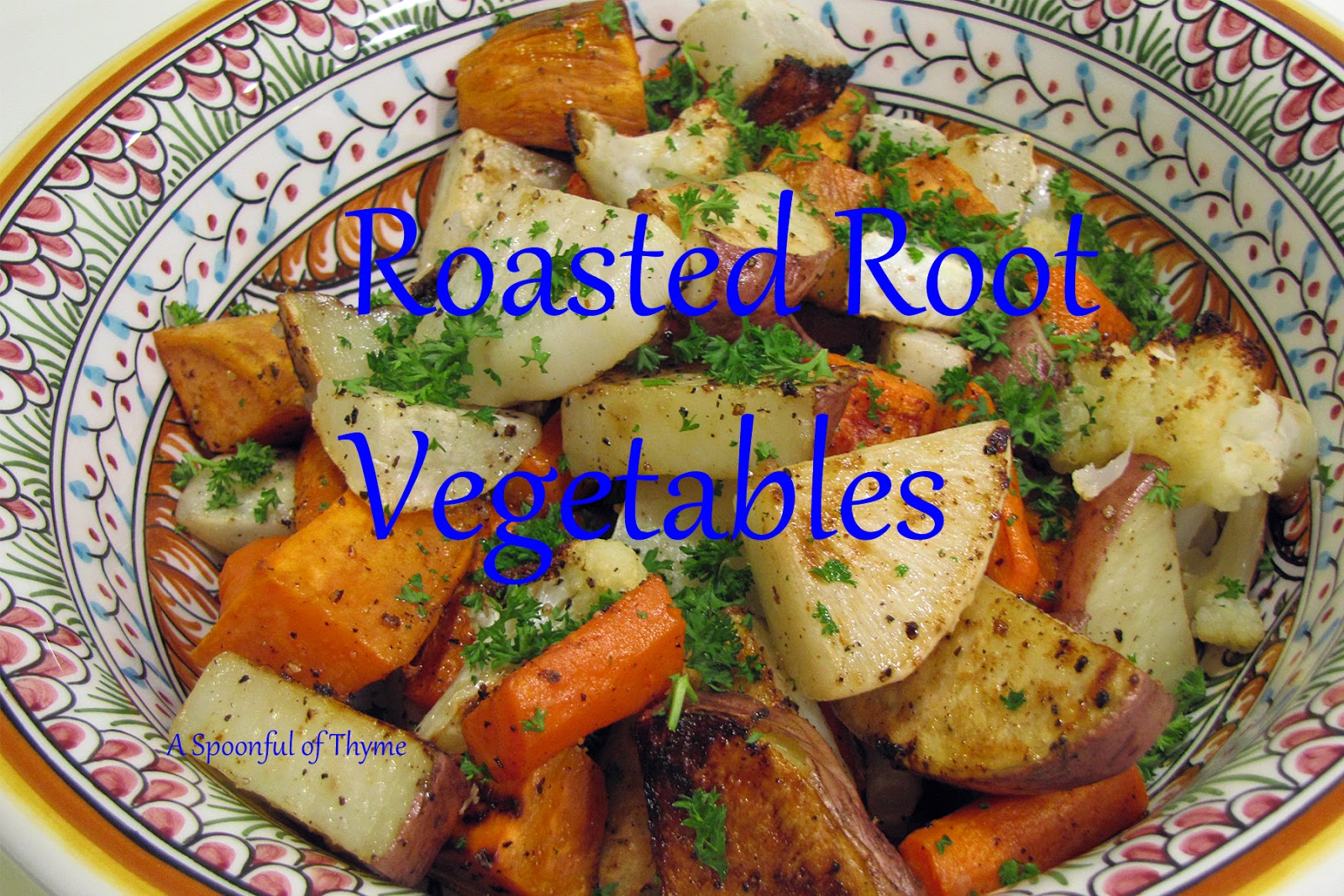 Cut all of the vegetables into chunks 1 1/2 inches to 2 inches.  They will shrink as they roast.

Place all of the vegetables on a baking sheet.  Drizzle them with olive oil, salt and pepper.  Toss well to assure a good distribution of oil and seasoning.

Bake for 30 minutes, stirring once.  Test to be certain they are tender before removing from oven.

Sprinkle with parsley, season to taste and serve!

Note:  I know cauliflower isn't a root vegetable but I had some in the frig and decided to toss it into the mix! 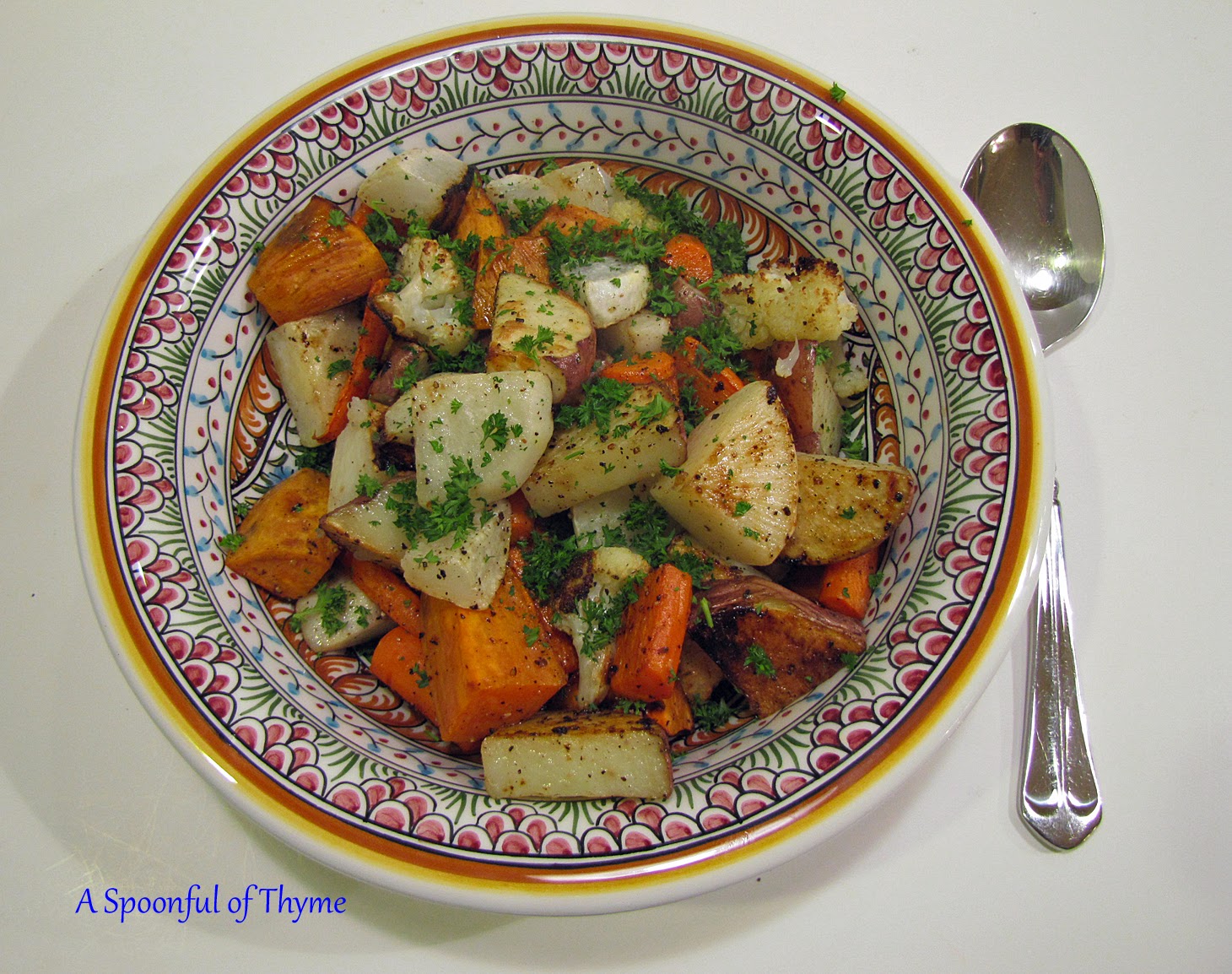 I almost forgot....I also read somewhere that the Black Spanish Radish makes one younger....and given the amount of radishes I have eaten,  I am ten years younger today!