A Trip to the Blueberry Farm and Yummy Cobbler!

A trip to Oregon would not be complete without a trip to the Blueberry Farm.  It had just opened for the season so the bushes were laden with blueberries.  I learned that there are many different varieties of blueberries and that I should sample from the bush to make certain that I like that particular variety...well, I learned that there isn't a blueberry that I do not enjoy! 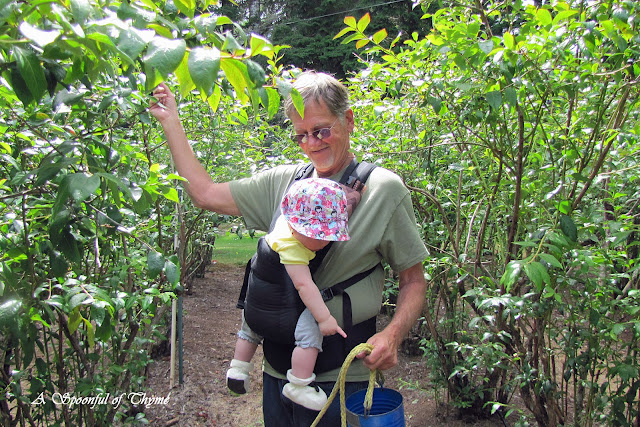 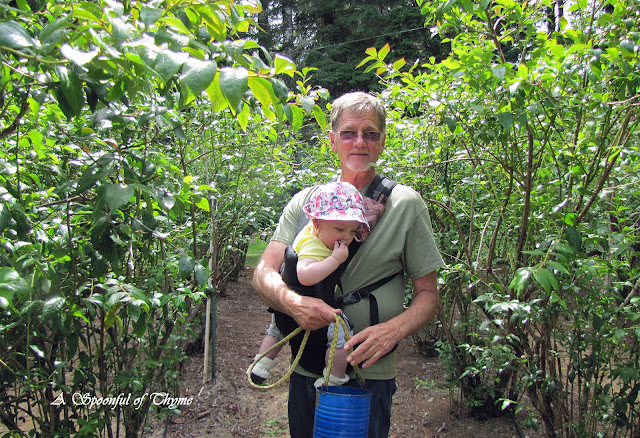 Miss S helped with the sampling to make certain they met with her approval. 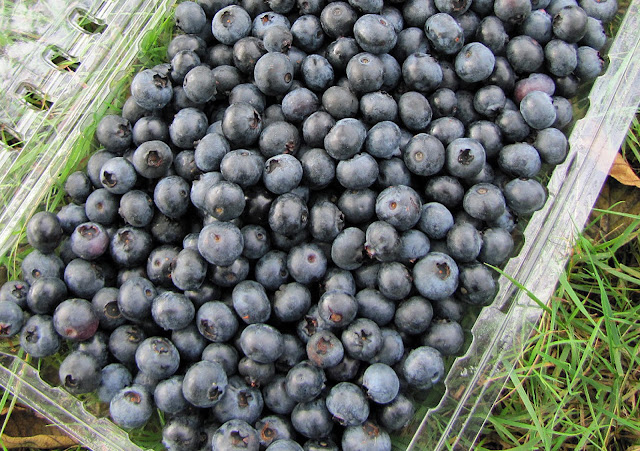 We picked so many blueberries...it was so worth the effort.

As I searched for the perfect blueberry cobbler I found a recipe in The New Best Recipe by the editor's of Cook's Illustrated.  They had some recommendations for improvement over the traditional recipe so I decided to give it a try.  We were not disappointed!

They recommend a biscuit topping instead of a rolled topping.  Acknowledging that sometimes cooks shy away from the biscuit top because there is difficulty getting them to cook through, they offer a solution.  Bake the berries alone first then drop the biscuit dough on top.  The heat from the berries helped to cook the biscuits from underneath while the oven heat cooked them from above! 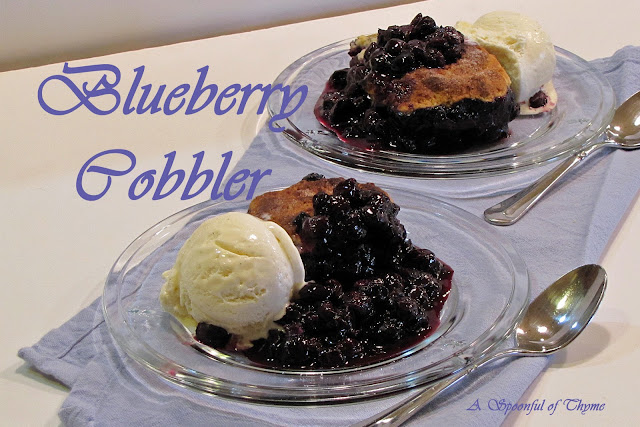 Adjust oven rack to the lower-middle position and heat the oven to 375° F.

Filling
Stir the sugar, cornstarch, cinnamon, and salt together in a large bowl.  Add the berries and mix gently until evenly coated.  Add the lemon zest and juice and mix to combine.  Transfer the mixture to a 8-inch square baking dish or a 9-inch pie plate.  Place the dish on a rimmed baking sheet and bake until the filling is hot and bubbling around the edges, about 25 minutes.

Biscuit Topping
Whisk the flour, cornmeal, 1/4 cup sugar, baking powder, baking soda, and salt in a large bowl to combine.  In a small bowl, whisk together the melted butter, buttermilk and vanilla.  In another small bowl, mix the remaining 2 teaspoons of sugar with the cinnamon and set aside.

One minute before the berries come out of the oven, add the wet ingredients to the dry ingredients; stir with a rubber spatula until just combined and no dry pockets remain.

Assembly
Remove the berries from the oven.  Increase the oven temperature to 425° F.  Pinch off eight equal pieces of biscuit dough and place them on the hot berry filling.  Space them at least 1/2-inch apart. Sprinkle each mound of dough with the cinnamon and sugar .

Bake until the filling is bubbling and the biscuits are golden brown on top and cooked through, about 15-18 minutes.  Cool the cobbler on a wire rack 20 minutes and serve. 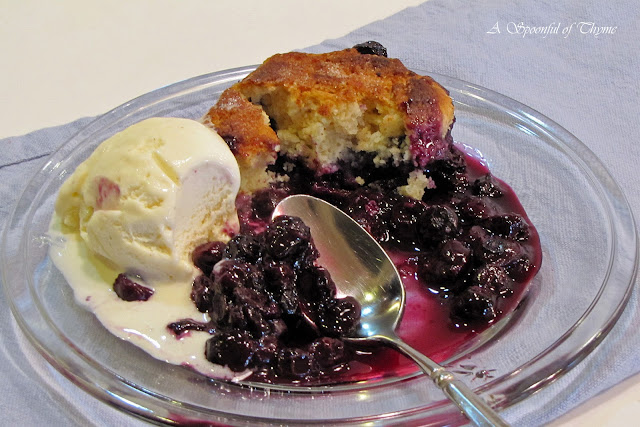 I must admit to giving Miss S just a tiny taste of the blueberry filling...don't tell her mother.