There was a never-empty basket of tomatoes on the counter and something had to be done.  What came to mind as I surveyed the garden and the frig was marinated tomatoes and cucumbers.

This is a slight variation from my previous post.  There should be about/loosely a 2 cup to 1 cup ratio, tomatoes to cucumbers. 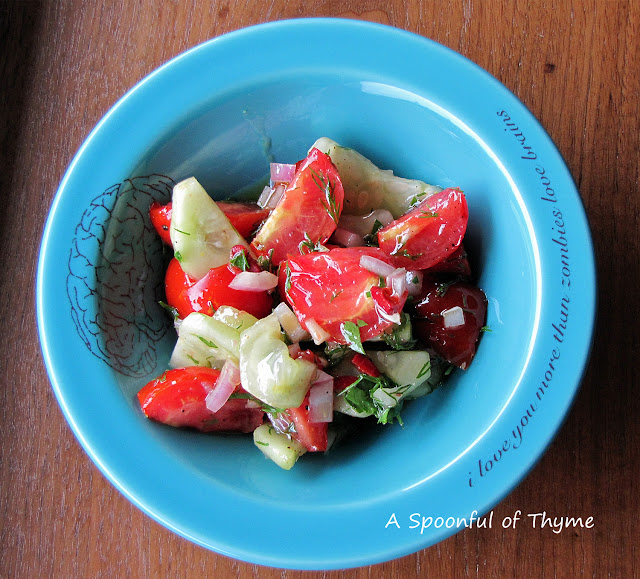 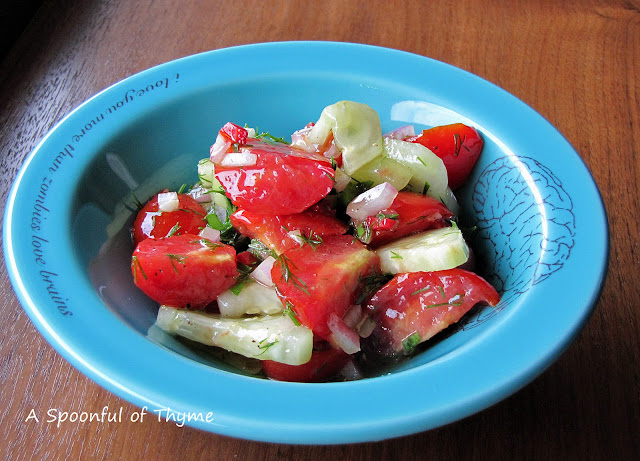