It's chilly outside.
It's kindof chilly inside.
It's time for something warm and comforting.
Today, that would be mashed potatoes!

I was trying out a new recipe for Beef Daube.  So there had to be mashed potatoes, but not just any potato, it was perfect day for garlic mashed potatoes!!  This potato recipe comes from Melissa's Cuisine.  It is once again time for the Secret Recipe Club and this month, Melissa was my pal!

Melissa says she spends most of her time away from work, in the kitchen cooking up great things to eat.  She also said that she started running to avoid all the pounds that could be gained from spending so much time cooking!  Good point Melissa....being health conscious is a good thing and it can be hard for those of us who love to cook and love to eat what we cook!

That said, potatoes are healthy!  I love potatoes and they were going to be a great accompaniment to the beef daube that was in the oven. 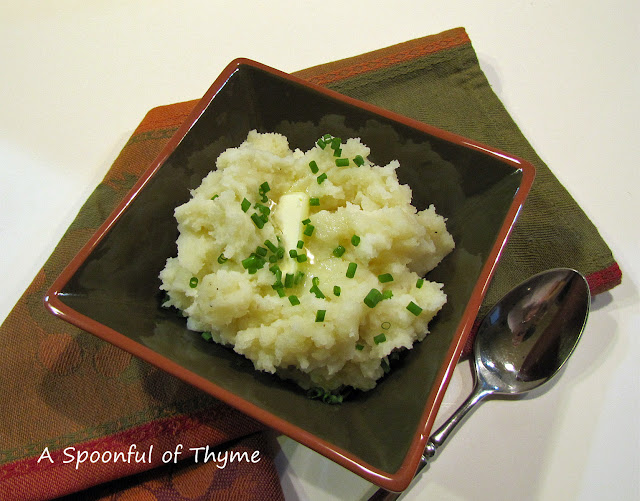 1. Put potatoes and garlic in a large pot with salt and enough water to cover. Bring to a boil, then simmer for 20 minutes until potatoes are tender.

2. Drain and return potatoes and garlic to pan.

3. Using a masher breaker down the large chunks of potato.

4. Using an electric mixer, whip, adding chicken broth in parts until potatoes are at the desired consistency.

5. Season with salt and pepper to taste. 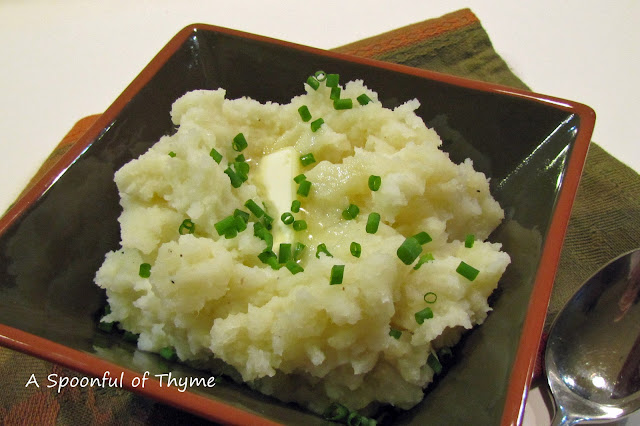 These were absolutely perfect with the Beef Daube that is coming in the next post...unless the Christmas Cookies pop up first!
Labels: Potato Side dish