The Black Forest and a Trifle 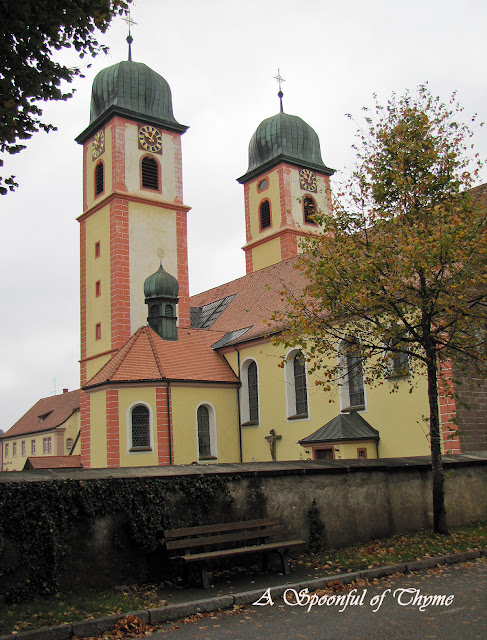 I was so excited this fall to have the opportunity to visit the Black Forest.  My ancestors are from this region of Germany and for me to "walk where they walked" was very moving.  As an avid genealogist I really wanted to stop and do some research but that was for another time.  This trip was to see the area and be awed by the beauty. 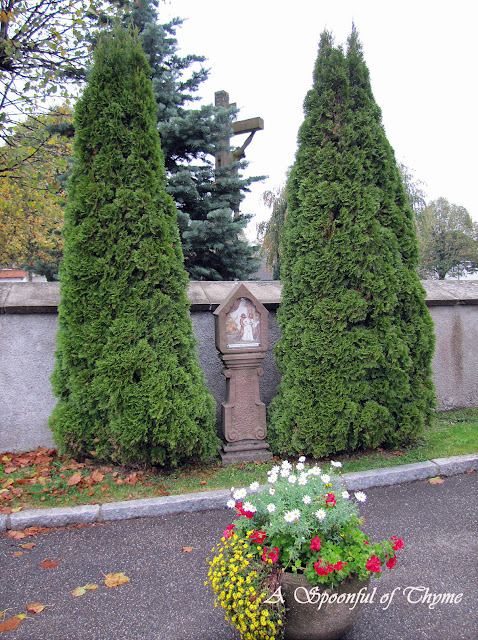 We visited St. Margen on a plateau in the southern Black Forest. 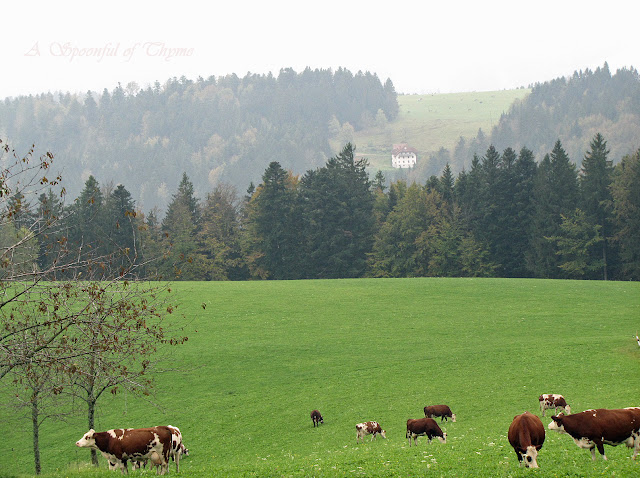 The countryside was beautiful.  It was October and about 35°F when we were there but it didn't matter! 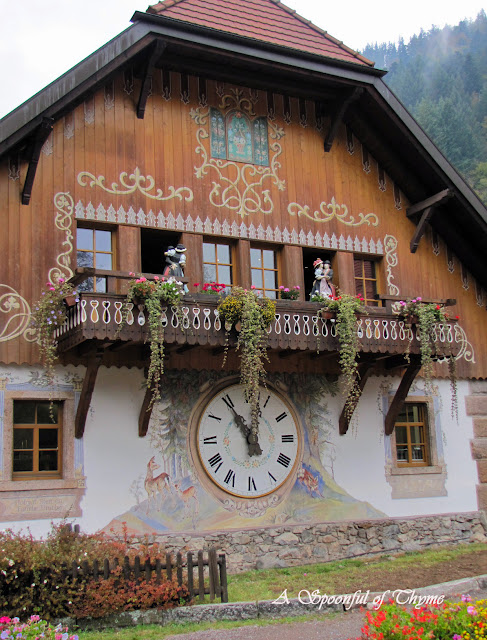 We visited a wayside on our return that had the world's largest cuckoo clock...it was fun to watch it strike the hour.  This particular stop is also known for those who have spent the night on their journey through the area.  Marie Antoinette and Goethe both stayed in the lodgings available here! 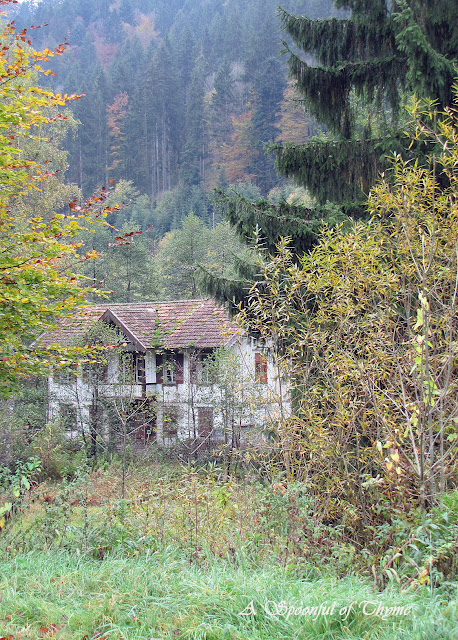 There was also an opportunity to sample a very large piece of Black Forest Cake.  The cake usually has four layers of chocolate cake, cherries, and whipped cream.  It is frosted with whipped cream and covered with chocolate shavings.  Of course, each of the layers is brushed with Kirschwasser (cherry schnaps or brandy).  Delicious.

Historians believe that the cake originated in the 16th century in the Black Forest Region (Der Schwarzwald in German) located in the state of Baden-Wurttemberg.  It was during this era that chocolate was first used in cakes and cookies.  This region is also known for its sour cherries and Kirsch...I cannot think of a more winning combination!  It is thought that the cake was named after the cherry brandy/Kirsch.

Today I want to share with you the Black Forest Trifle that I made.  It is delicious and easy!  I did not have time for make a four layer cake so I did a little improvising....I am certain that my ancestors will forgive me! 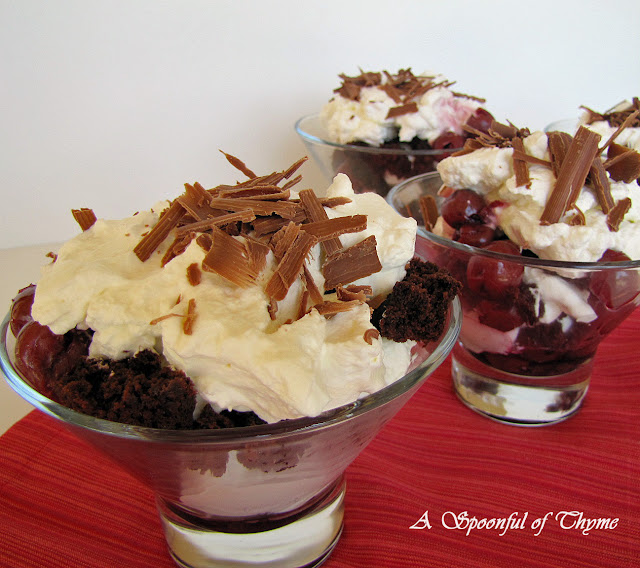 When the brownies have cooled, cut 6-8 brownies.

To make the cherry sauce, drain the cherries, reserving the liquid.  In a small saucepan simmer the liquid along with the Kirsch and sugar.  Simmer for about 7 minutes or until the sauce is syrupy.  Remove from heat and add the drained cherries.  Let the sauce cool before assembling.

Whip the cream, sugar and Kirsch/brandy in a bowl using a hand mixer until stiff peaks form.

Just before serving sprinkle each trifle with grated or shaved chocolate and top with a cherry. 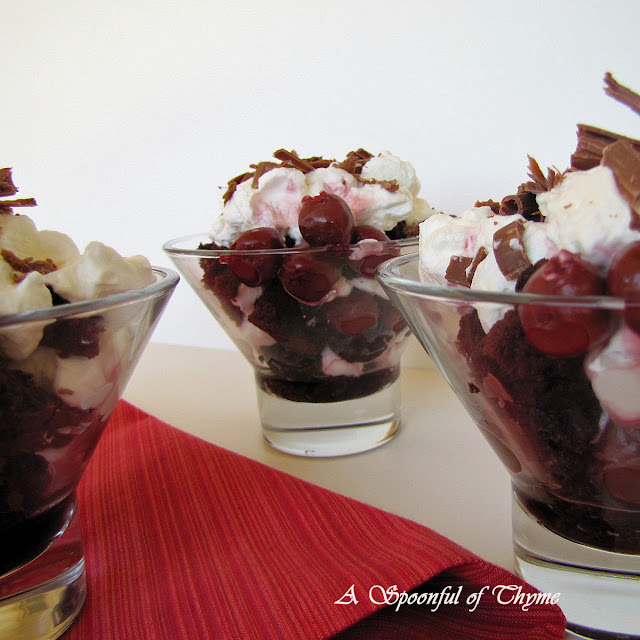 The trifles were delicious and kept well!  I had a second helping on the next day!!  It was too good to not eat. 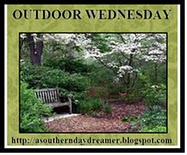 I am sharing this at Susan's site, A Southern Daydreamer, for Outdoor Wednesday;

and at Michael's site Designs by Gollum for Foodie Friday. 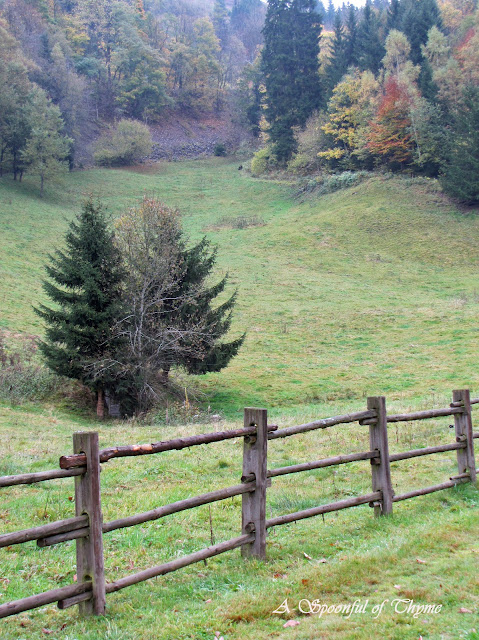