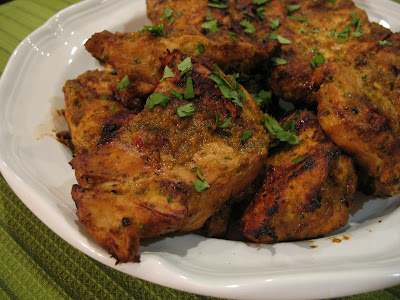 While thumbing through chicken recipes I found one for Southwestern Grilled Chicken with a note that it was excellent. I must have made this a long time ago because I couldn't remember much about it. I agree with my "note to self", though, this was excellent. It is also quick and easy which is nice when things are hectic!

I like the idea of a marinade that imparts all of the wonderful flavors to the chicken! This recipe makes quite a bit of marinade...I should have paid attention to my other notation, "cut the recipe in half". We used three large chicken breasts which we cut into thirds making large chunks. I also put the chicken and the marinade into a ziplock bag and set it in a dish in the refrigerator. The chicken was immersed and I didn't have to think about it again until the grill was hot! 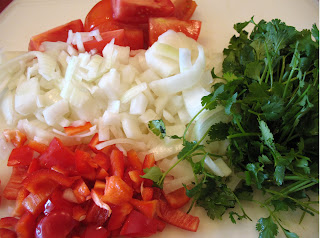 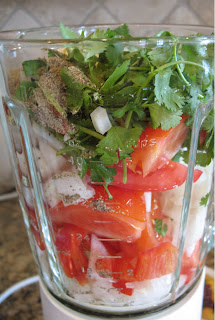 Place the tomatoes, onions, pepper, garlic, cilantro, soy sauce, oil, lime juice, and black pepper in a blender or food processor and process for 30 seconds. Pour the marinade over the chicken breasts and marinate, covered and refrigerated for at least 4 hours, turning frequently. Remove the chicken from the marinade and grill over medium for 20-30 minutes, turning frequently and basting with the marinade. Sprinkle the breasts with parsley before serving. 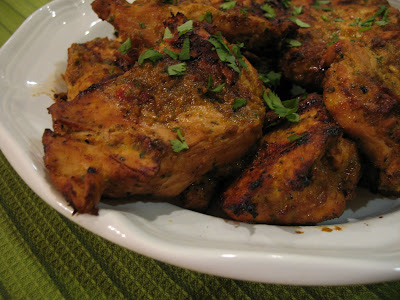 The chicken was moist and flavorful!
It was a great accompaniment to the California Black Beans that were also part of the meal.
Labels: Chicken Main dish