Skip to main content
Labels
Posted by Kathy Walker May 18, 2019


Today is Saturday Soup Swappers #soupswappers and today's challenge was to make a soup with craft beer!  Why craft beer? That is easy.  Beer is fun to make, fun to drink, and fun to include in recipes. It is also a fact that craft beer has been gaining in popularity in the last few years.  How many brew pubs do you notice popping up in your area?   How many names of new beers seem to appear overnight?

Craft beer isn't really a new thing.  I know it has been at least 25 years since I recall Terry and has pal, Glenn, making beer in our kitchen.  Brewing beer can mean surprises and adventures, such as


There may have been some surprises during Terry's beer-brewing days but I must admit he and Glenn made some darn good brew!

Cooking with beer is likely to tease the palate and is just as likely to surprise!  Beer has become a regular ingredient in Spicy Drunken Beans (chili), Beer-Braised Sirloin Tips, Steak and Guinness Pie and desserts like Chocolate Coated Beer Marshmallows, Chocolate Guinness Pudding at our house.

I enjoy cooking with both a dark beer or an ale.  I selected an ale for today's soup.  It is a Lagunitas 12th of Never Ale. 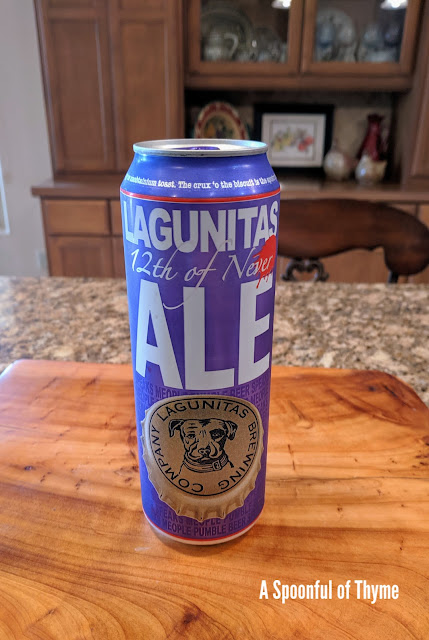 The soup is simple and flavorful.  It is one that I would make again and again.  Yum! 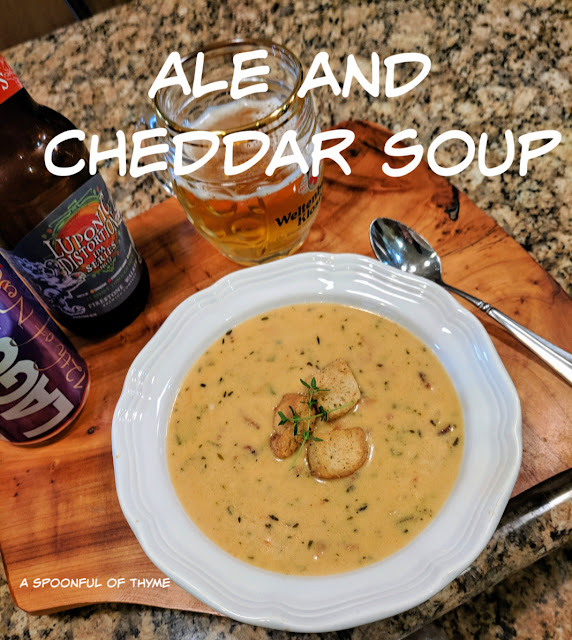 Ale and Cheddar Soup #soupswappers
adapted from Food and Wine

In a large Dutch oven, cook the bacon until crisp.  Remove bacon to a plate and set aside.  Add the celery, carrot, onion, garlic, jalapeno, and thyme to the pan.  Cook until the vegetables are softened.  Add 6-ounces of beer and cook until reduced by half.  Add the chicken stock and bring to a simmer.

In a small pan melt the butter.  Add the flour and whisk over medium heat until the roux is light brown.  Whisk the mixture into the soup and bring to a simmer.  Cook until the soup has thickened.  Add the cream, cheddar cheeses, and the remaining 6-ounces of beer.  Stir until the soup is thick and creamy.  Stir in the bacon.  Taste and season with salt and pepper. 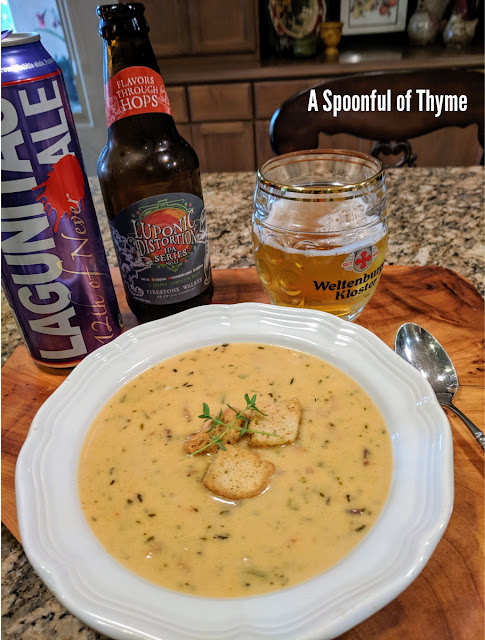