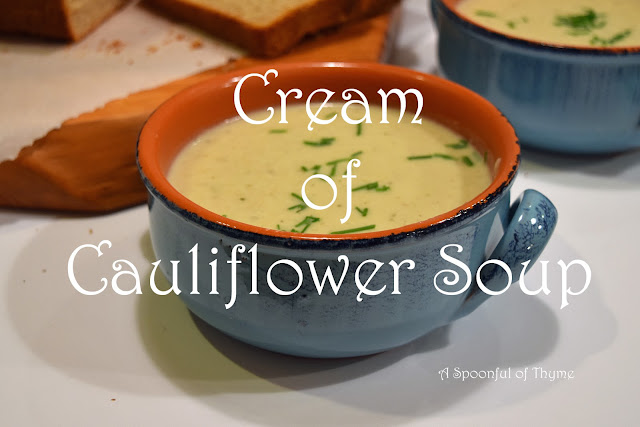 We recently decided to take a break from our weekly veggie box subscription.  We found that we were getting many things that we just don't eat in volume!  For example we received two types of kale, chard, greens, dandelion greens, lettuce, rutabaga, cauliflower, butternut squash, apples, and tangerines.  Yes, I know it's winter so naturally we received winter vegetables but that is too much leafy stuff week after week.

It was velvety and had a lovely flavor.  I served it with a Cheddar Walnut Bread and the two together were just right!

In batches, transfer the soup to a food processor or blender and puree until smooth.  Return the soup to the pot and stir in the half and half.  Season with salt, pepper, cayenne, and curry.  Simmer the soup until heated.

Ladle the soup into bowls and sprinkle with chives. 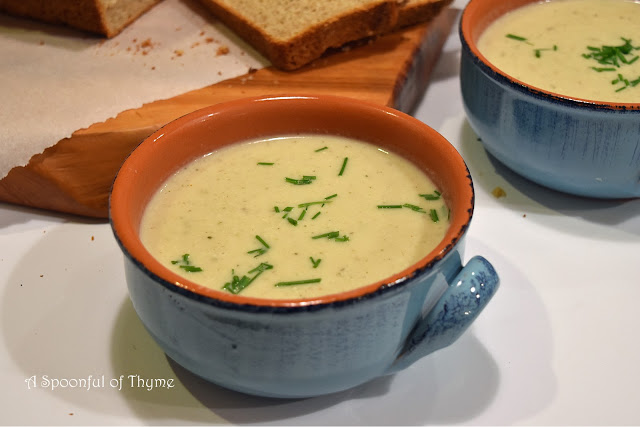 This was an easy soup to prepare and would be a great opener for a dinner.  On this night, we were eating light....just soup and delicious Cheddar Walnut Bread.
Labels: Cauliflower Irish Cuisine Main dish Soup