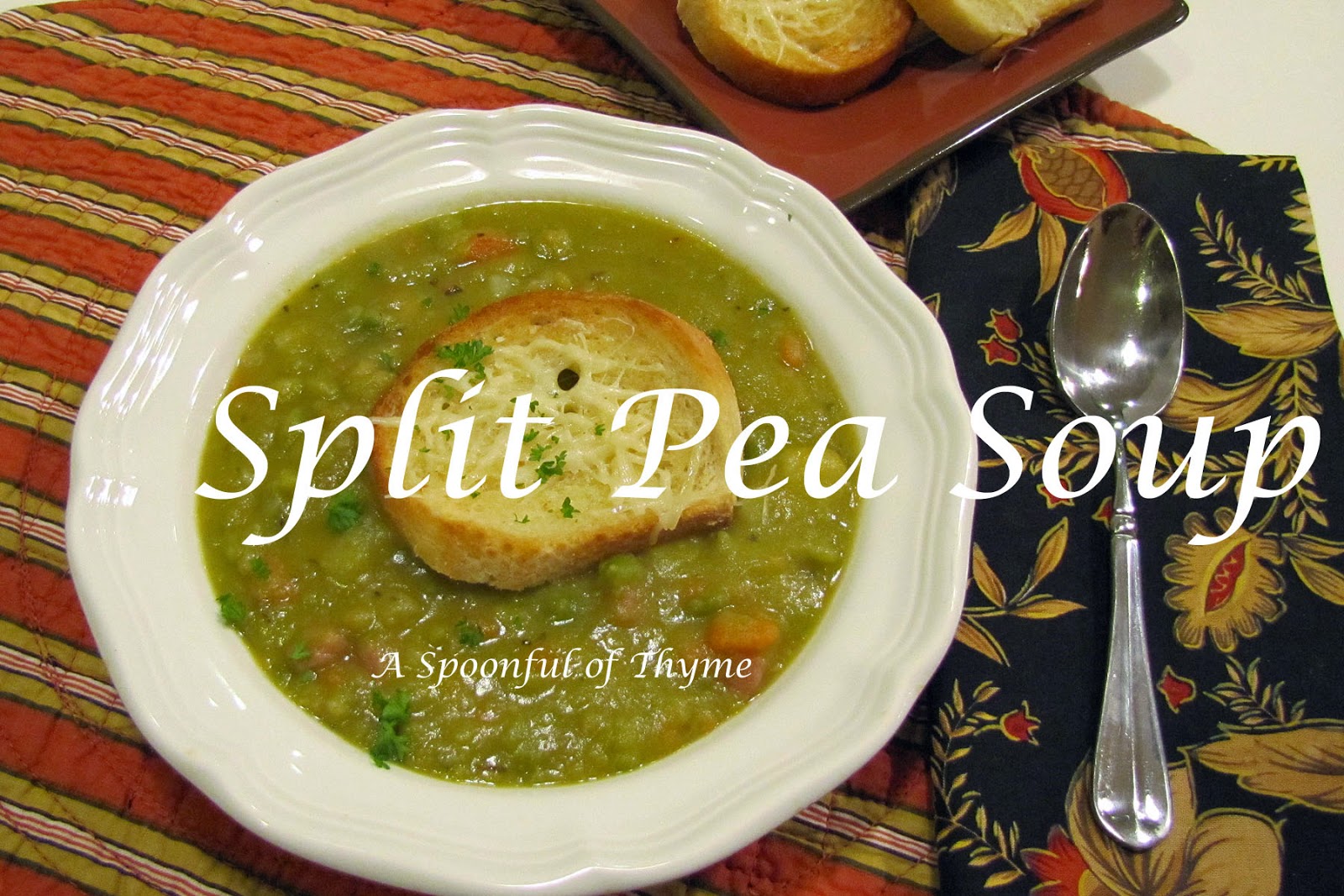 There was some leftover ham in the refrigerator when I started thinking about making a bean soup....but when I looked in the pantry a bag of split peas was looking back at me.....so, Split Pea Soup was in the making!

I have used the same recipe for years and decided that branching out would be a good idea.   As I paged through cookbooks, I came across a recipe called Parker's Split Pea Soup in The Barefoot Contessa Cookbook.  Sometimes I think that I do not spend enough time reading through some of the many cookbooks on the shelf.  I say that because this recipe has been hiding from me for a very long time.  And, who is Parker?  Parker was a chef who worked in Ina's gourmet food store, Barefoot Contessa.  I think I would have stood in line to get a bowl of this soup!  It is that delicious.

I know that the original recipe does not call for ham....but that is what started the whole thing so yes, I add ham to the mix.

In a 6 quart dutch oven, heat the olive oil and saute the onions and garlic.  Add the oregano, salt and pepper and cook until the onions are translucent, about 12 minutes.  Add the carrots, potatoes, 1/2 pound of the split peas and the chicken stock.

Bring to a boil and simmer uncovered for about 40 minutes.  Skim off any foam while cooking.  Add the remaining half pound of split peas and the ham.  Simmer for another 40 minutes or until all of the peas are soft.  Stir frequently to prevent the solids from sticking to the bottom of the pan.  Taste and adjust the seasonings.

Serve hot with crusty garlic bread or baguette rounds that have been brushed with olive oil and lightly toasted under the broiler, then sprinkled with a shredded cheese of your choice.  Garnish the soup with croutons or one of the baguette slices.  (I have used both Fontina cheese and Parmesan cheese.) 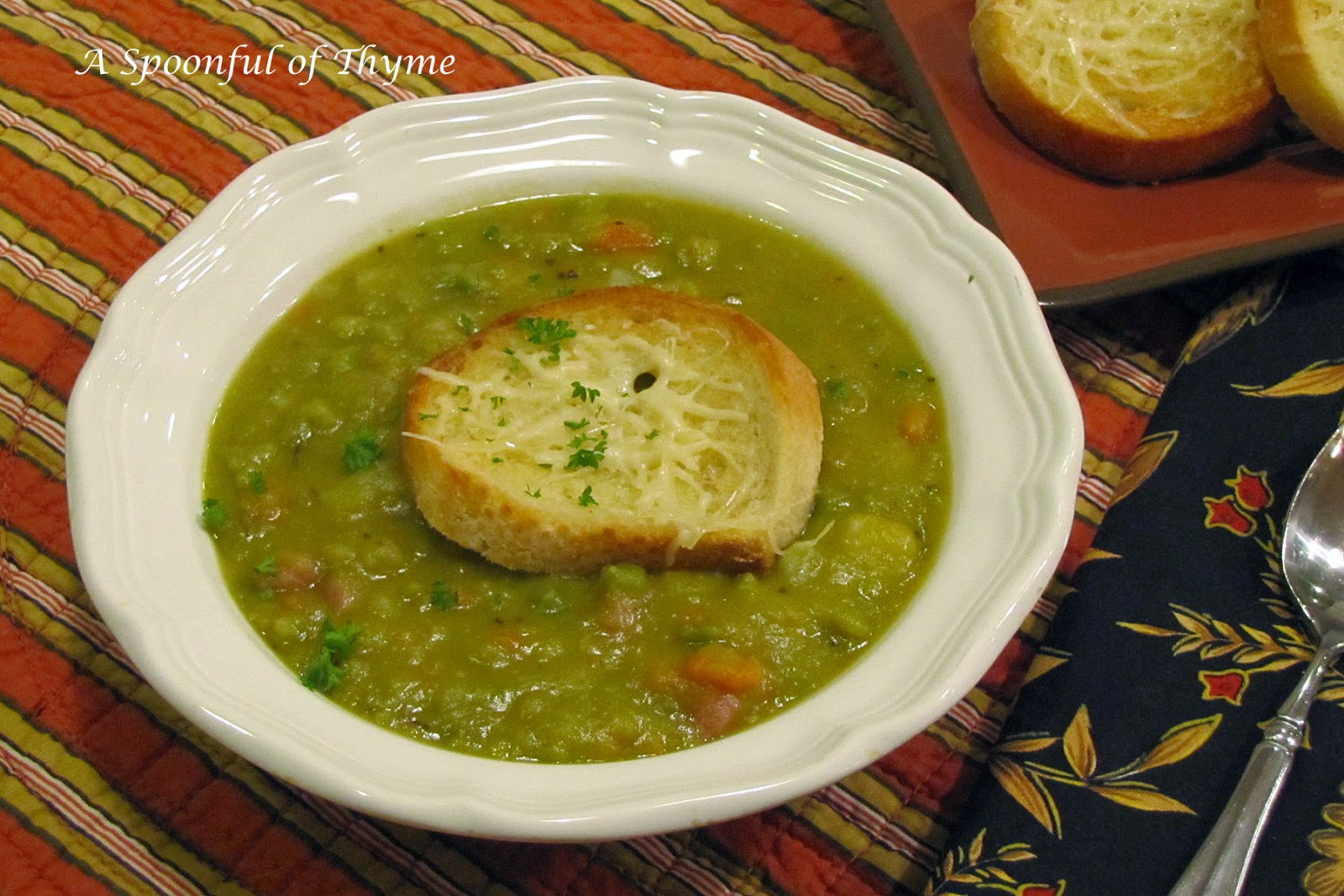 This was a tasty soup...quick and easy, too!
I am sharing today at Foodie Friday hosted by Michael at Rattlebridge Farm.