How does one prepare for this month's Secret Recipe Club?  Easy.  Go to the local Cuban Restaurant and sample their Traditional Cubano Sandwich!  This was one BIG sandwich....Delicious. 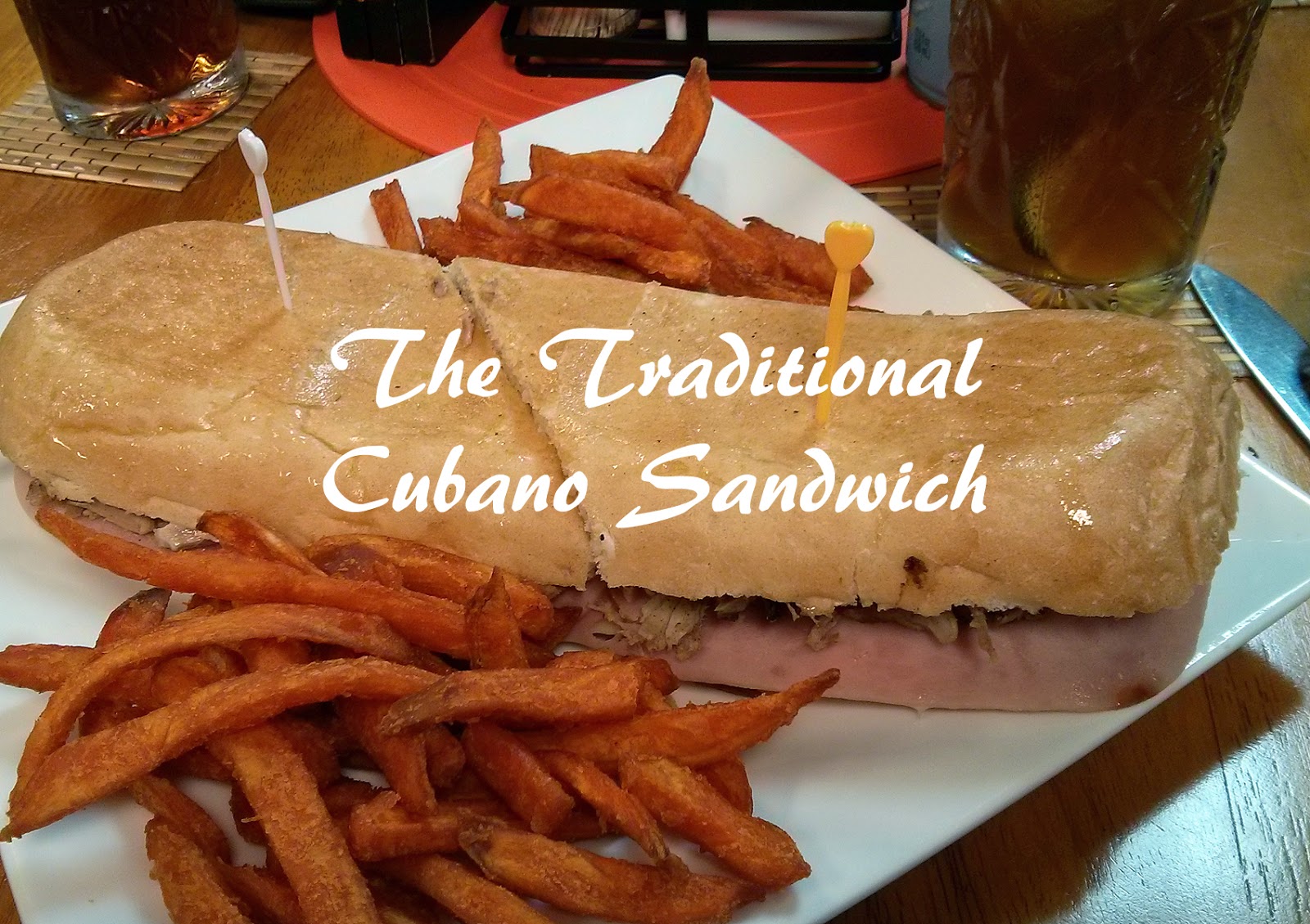 This tasty sandwich originates in, yes, Cuba around the 1500's.  Who would have thought that this sandwich evolved over 400 years ago....?  As sandwiches go, it is pretty basic:  ham, roasted pork, Swiss cheese, pickles, butter and yellow mustard on Cuban bread which has a "tender interior", not chewy....  The key to a great Cubano is said to be in the press.  The idea is to toast and press the sandwich so that the juices from the ingredients are sealed together by the melted cheese. It is grilled in a plancha or sandwich press.  The sandwich, when served, is very thin and has a crusty exterior....sounds good to me.

There are a lot of "twists" on the sandwich as folks add a mojo, a few onions, or a tomato...to mention a few, but, it is not traditional and I am all about tradition!

The idea of making the Traditional Cubano into sliders was excellent!  Sarah at Sarah's Kitchen says that she had to try it when she saw it in cyberspace.  Well, I had to try it too.  I had been thinking that making sliders would be fun so when I saw Sarah's recent post for Cuban Sliders, my decision was made....no fondue, no Peppermint Mocha Cupcakes....Sliders!

I must admit that I did toy with Sarah's recipe.  I wanted to add the roasted pork that is traditionally one of the layers in the Cubano....so I did....and the Lechon Asado is in the next post.  Also, so as not to stray too far from Sarah's creation, I made a couple sliders similar to hers, too.  (We aren't really big onion fans so, sans the onions....) 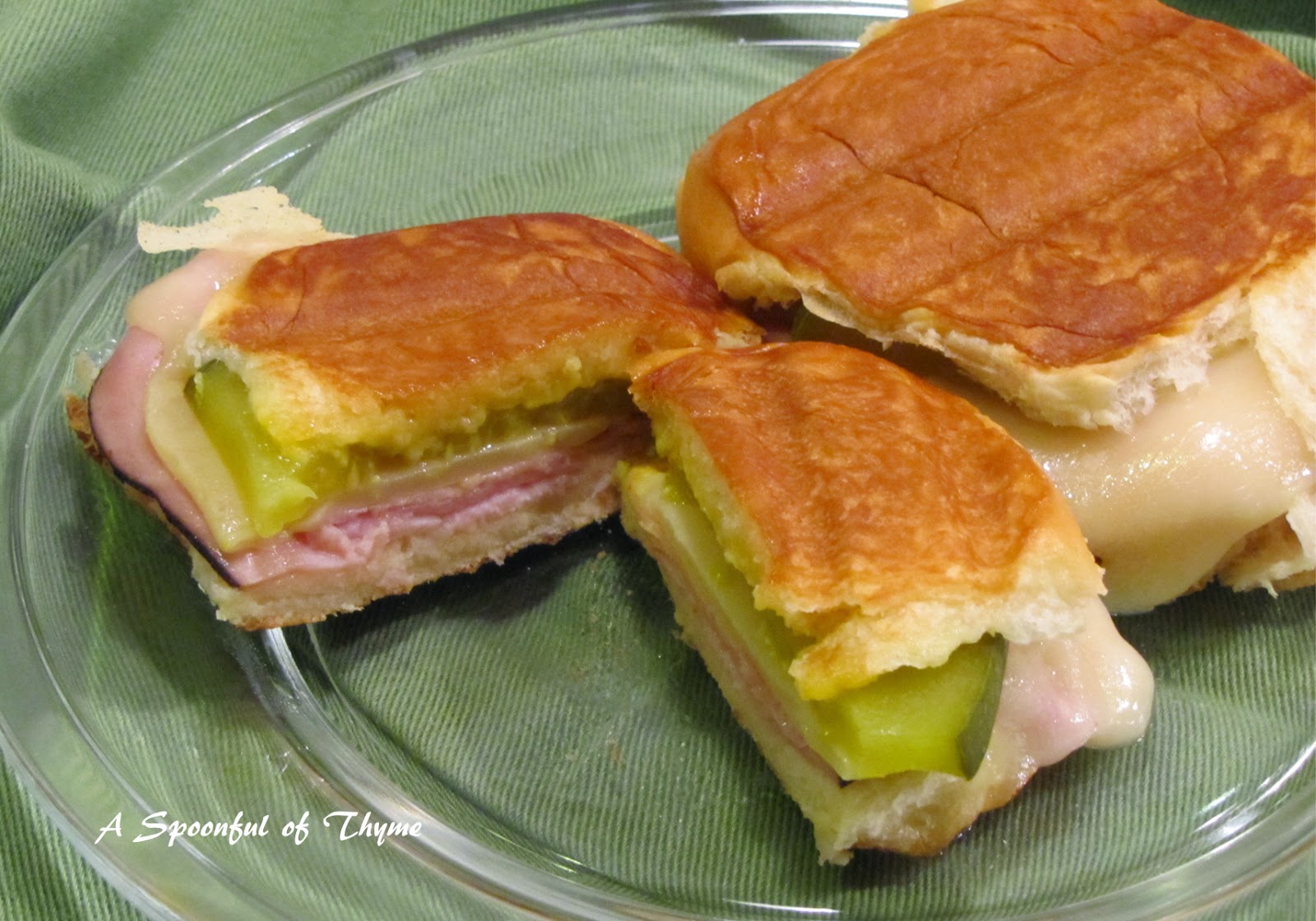 Sarah baked her sliders but I did not...it is way too hot here to use the oven.  To create the crispy golden brown bread, I needed a plancha....I do not have a sandwich press so it was the next best thing...the George Foreman Grill.  "smile" 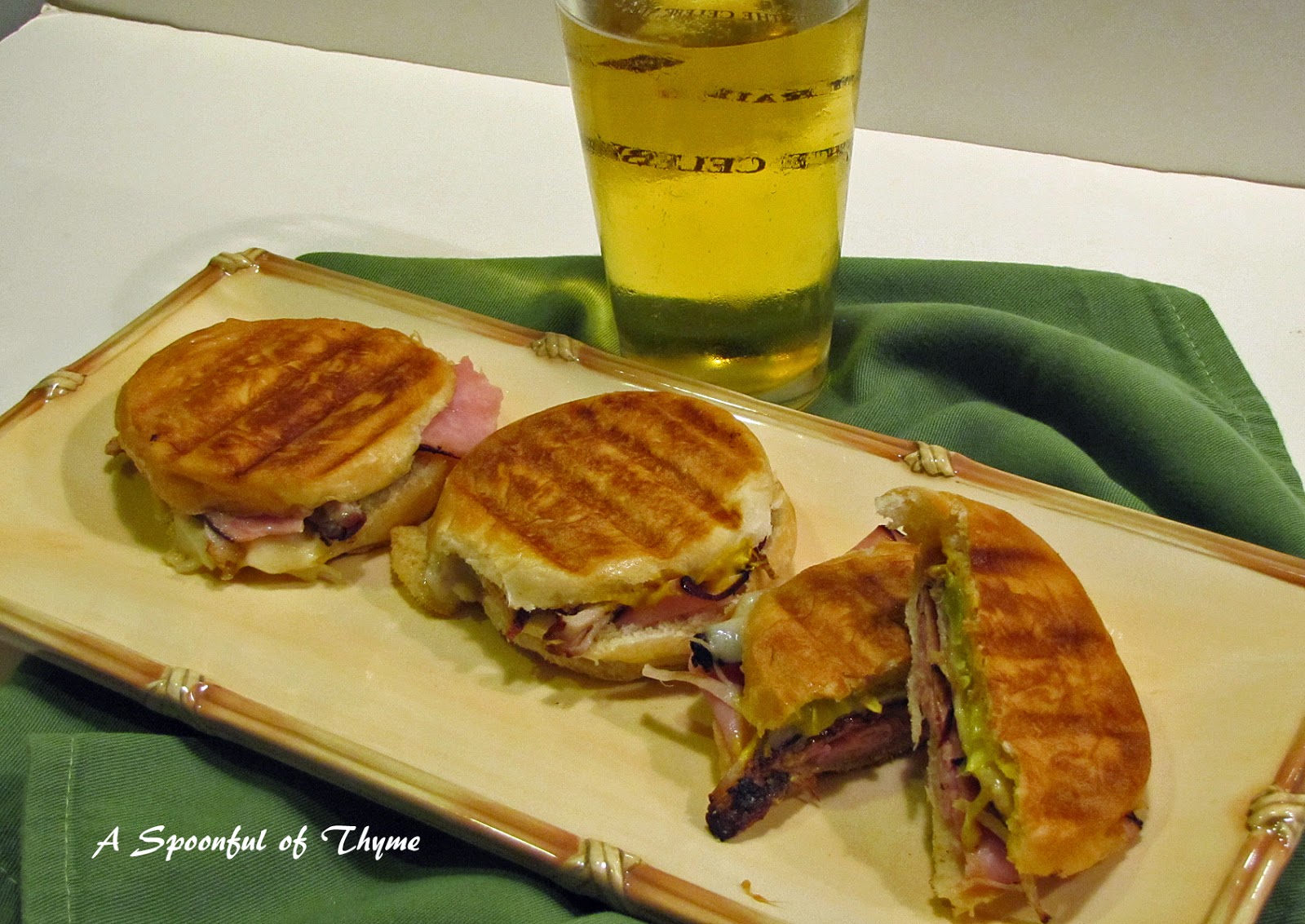 Slice the bread or rolls in half.  Butter the outsides of the top and bottom half.  Set on a paper plate. On the bottom half layer the sliced ham, shredded pork, Swiss cheese and pickle slice. Squeeze mustard onto the inside of the top half of the roll.  Place the slider on the grill and close the lid, pressing to flatten the slider.  When the slider is heated through and the cheese melted, remove from the grill and serve.

Ice cold beer is a great accompaniment for the sliders! 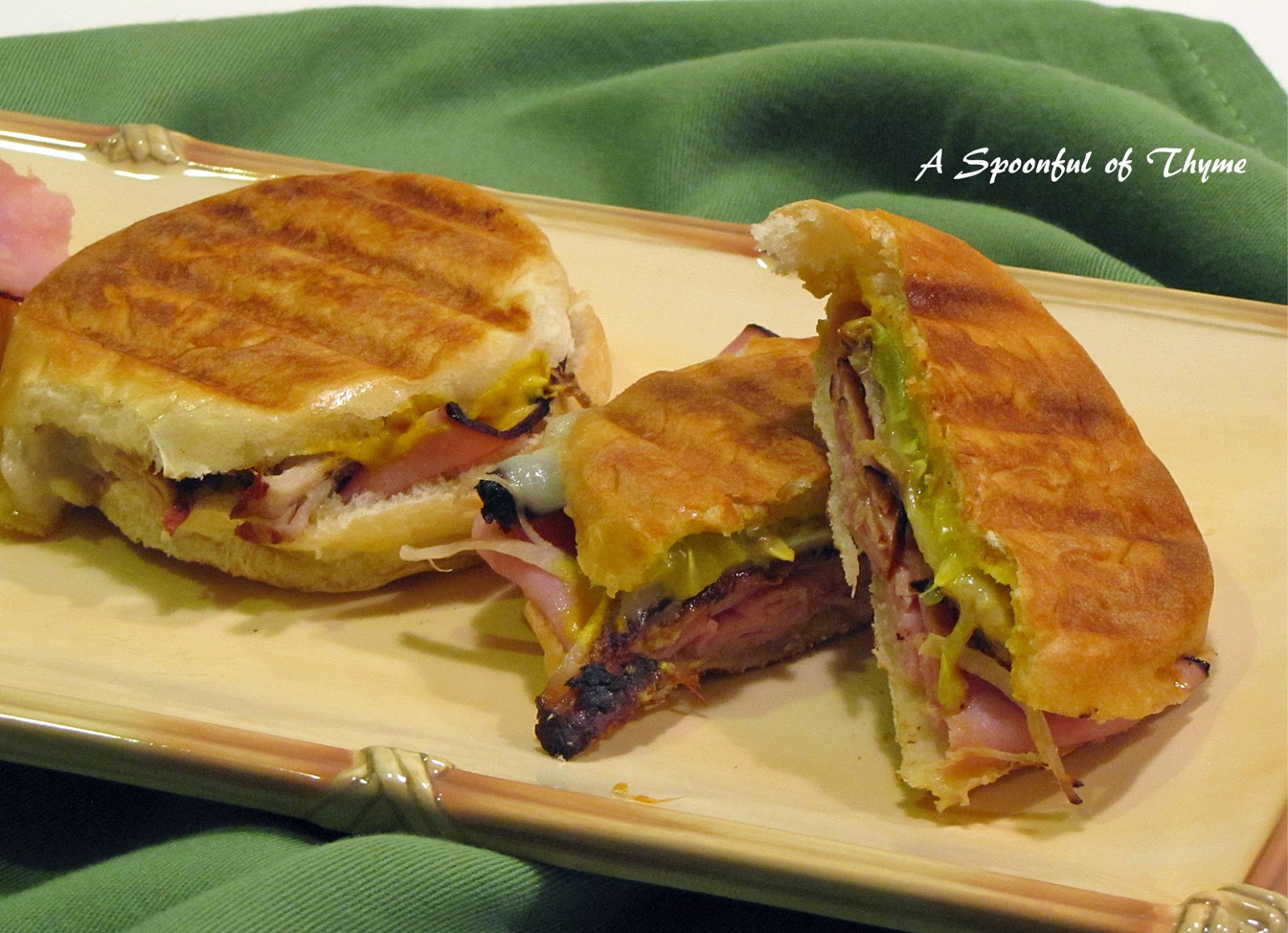 These little guys are great for a light dinner or for one of those evenings when appetizers are dinner!  We enjoyed making them as well as devouring them!