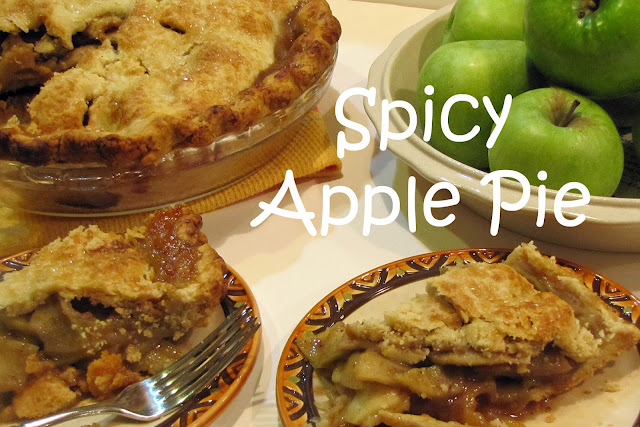 And the challenge is:  APPLE PIE....I could only shutter at the thought.  You see, I don't make pies. Well, that's not true.  I don't make pies that involve two crusts...or involve rolling out dough that will go into a pie plate.  Hmmmm....guess I was right the first time.  I don't really make pies.

You can only imagine the knot in my stomach at the thought of this month's Crazy Cooking Challenge:  Apple Pie!  It is as though Tina, at Mom's Crazy Cooking, and the brainchild of this event, jumped inside my head to see what I really avoided cooking...and then she made a list...geeez...she has a list....

Okay, a pie it is.  Apple it is.  A contingency plan, there is!  Armed with my rolling pin, my recipe from 1994, when I last made an apple pie, and Dorie Greenspan's, Baking From My Home to Yours, along with positive comments about baking an apple pie from Monique at La Table De Nana, I marched into the kitchen.

Well, apples, I needed apples...my friend had given me a handy dandy apple pealer, slicer and corer that would be perfect for the job.... 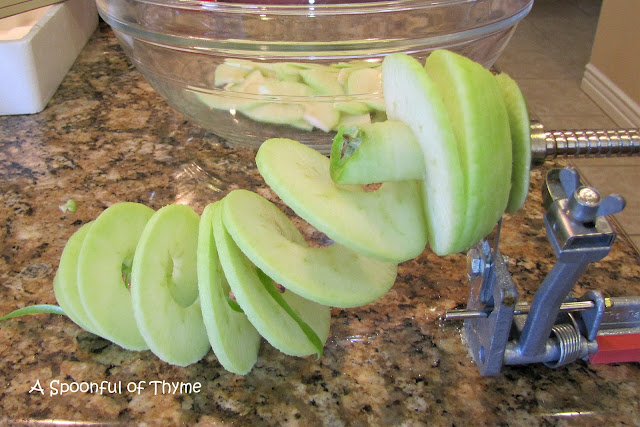 I read everything that Dorie shared about pie dough to-dos and not-to-dos.....why haven't I read this section before?  Oh, I don't make pies, that is why...

I follow directions really well.  I actually made the dough, rolled the dough, and got it into the pie plate without a disaster!  Thank you, Dorie.....  It all came together and after a sprinkling of raw sugar was ready to pop into the oven.  I was such a happy camper!!

I also followed Dorie's recommendation and sprinkled 2 teaspoons of graham cracker crumbs on the bottom of the crust before adding the apple mixture.  The crumbs will absorb some of the liquid preventing the crust from becoming soggy.  I also rolled the dough out between two pieces of wax paper using the mat diagrams for size. 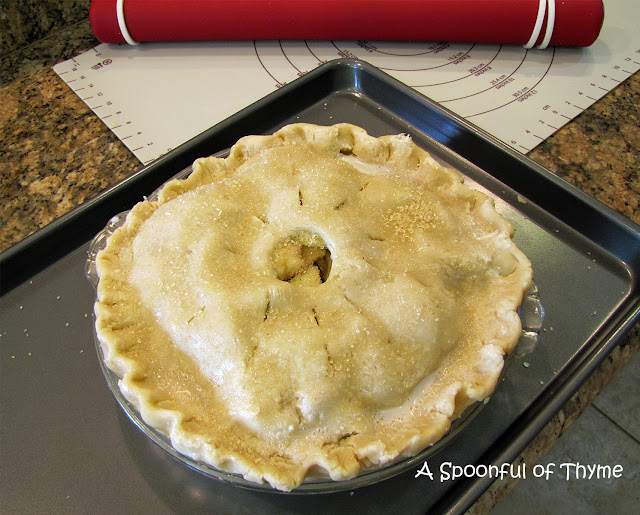 For the crust
Combine flour, sugar, salt and mace in processor.  Using on/off turns, cut in chilled butter and vegetable shortening until mixture resembles coarse meal.  Gradually blend in enough water by tablespoons to form moist clumps.  Gather dough into ball.  Divide dough into 2 pieces.  Flatten each into disk.  Wrap each in plastic and refrigerate 1 hour.  (Can be prepared 3 days ahead.  Keep refrigerated.  Soften dough slightly at room temperature before rolling.)

Place pie on baking sheet.  Bake until crust is golden brown and juices bubble, covering crust edges with foil if browning too quickly, about 1 hour 10 minutes.  Transfer pie to rack and cool. 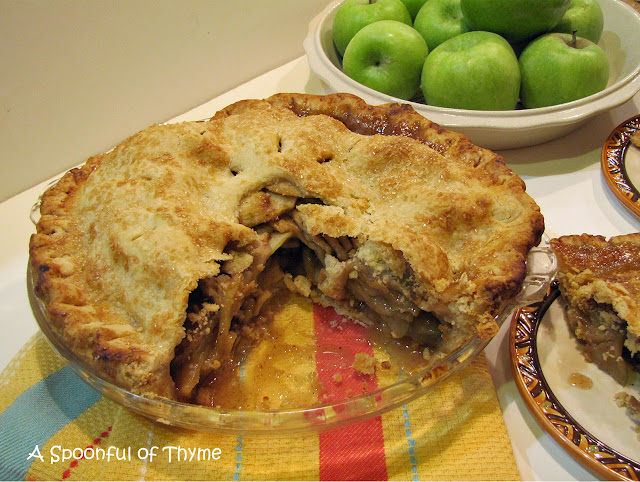 The pie was delicious!!  I am no longer intimated by pie crust!  Yippee....  I shared the pie with some neighbors as I couldn't see Mr. T and me eating the whole thing.  I got a call back from both friends to let me know it was a keeper!!  Mr. T told me it was the best apple pie he had eaten...it is the spices....Mmmmm....

I love the spiciness of this pie and the flaky crust....I know I said it but I must repeat:  This was a delicious apple pie!!  You will want to make a Spiced Apple Pie....and soon!! 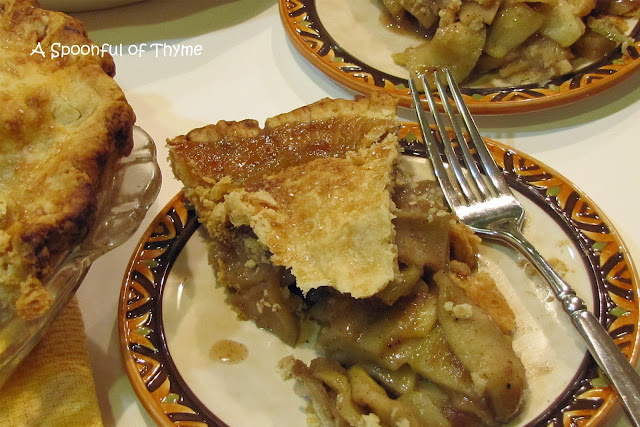 I am participating in the Crazy Cooking Challenge hosted by Tina at Mom's Crazy Cooking.  You may enjoy participating....Tina has a way of knowing your cooking secrets...avoidances....but, that, in part, is what the challenge is about...overcoming those cooking fears but most importantly, preparing a theme based recipe along with fellow-bloggers...enjoying the challenge and sharing the successes and rich recipes that are found!  Take a look at what's cookin'!

I am also sharing at On the Menu Monday hosted by Yvonne at Stone Gable.