I remember the first time that I had garlic mashed potatoes.  It was in Claremont when my daughter was in college.  We decided to go to Buca Di Beppo Italian Restaurant.  Just walking in the door and I was in love...the aromas were heavenly.  Everybody said that the Garlic Mashed Potatoes had to be ordered regardless of what entry was selected.  I figured if they were that good, then I had to try them.

The potatoes did not disappoint...yes, there was garlic but there was another flavor that I couldn't figure out.  The combination of the two had me convinced that I would be back and that I would eventually figure out the second ingredient.

I found a reference to Buca Garlic Potatoes on Miz Helen's blog earlier this year and knew that I had to try them.  If they were anything like Buca's I was certain to love them. 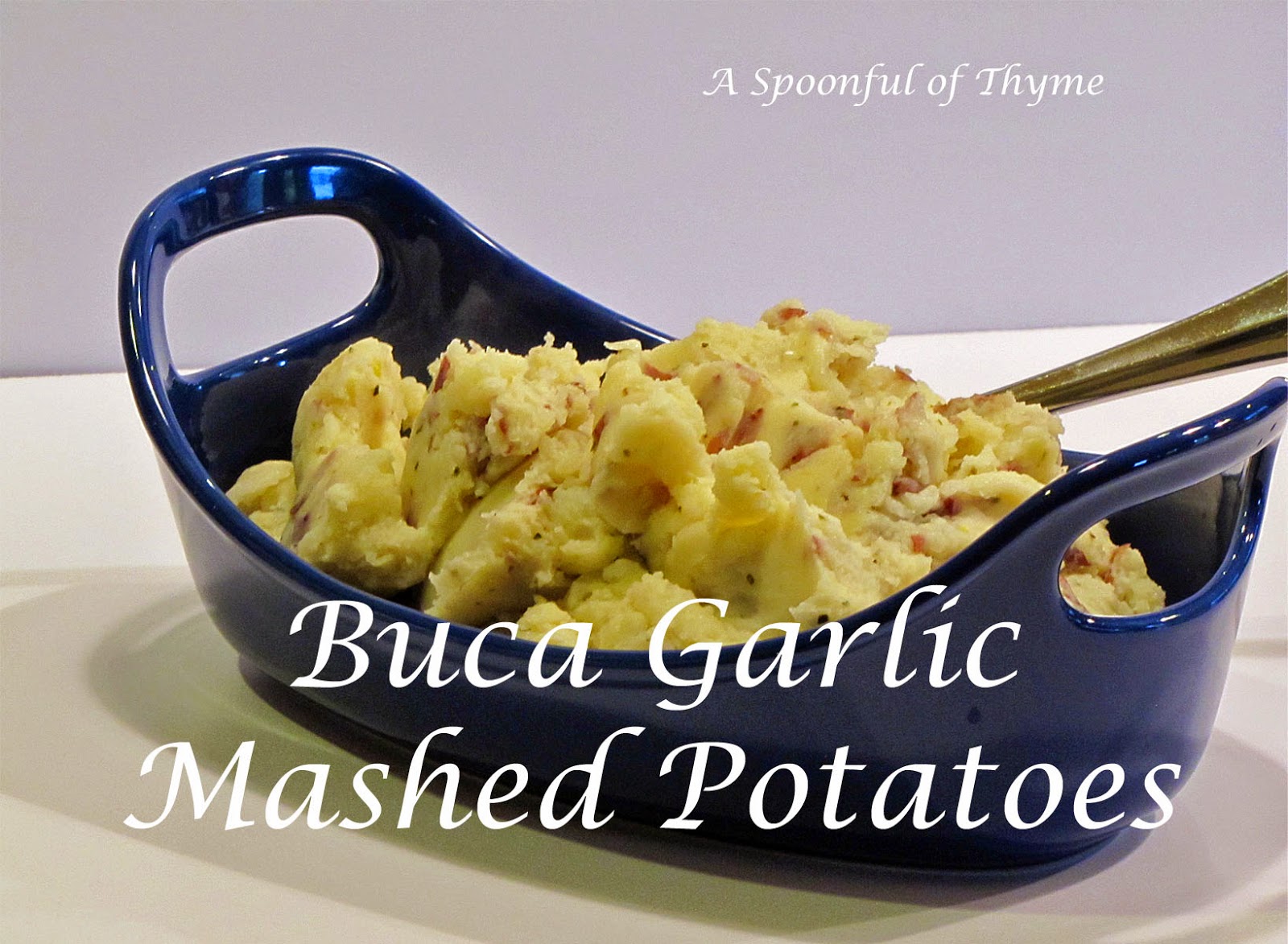 Place the washed potatoes in a large pot, cover with cold water and some salt.  Cook the potatoes over medium heat until they come to a full boil.  Reduce heat to low, cover and continue cooking until the potatoes are very soft.  Drain the potatoes.

While the potatoes are cooking, mince the garlic. 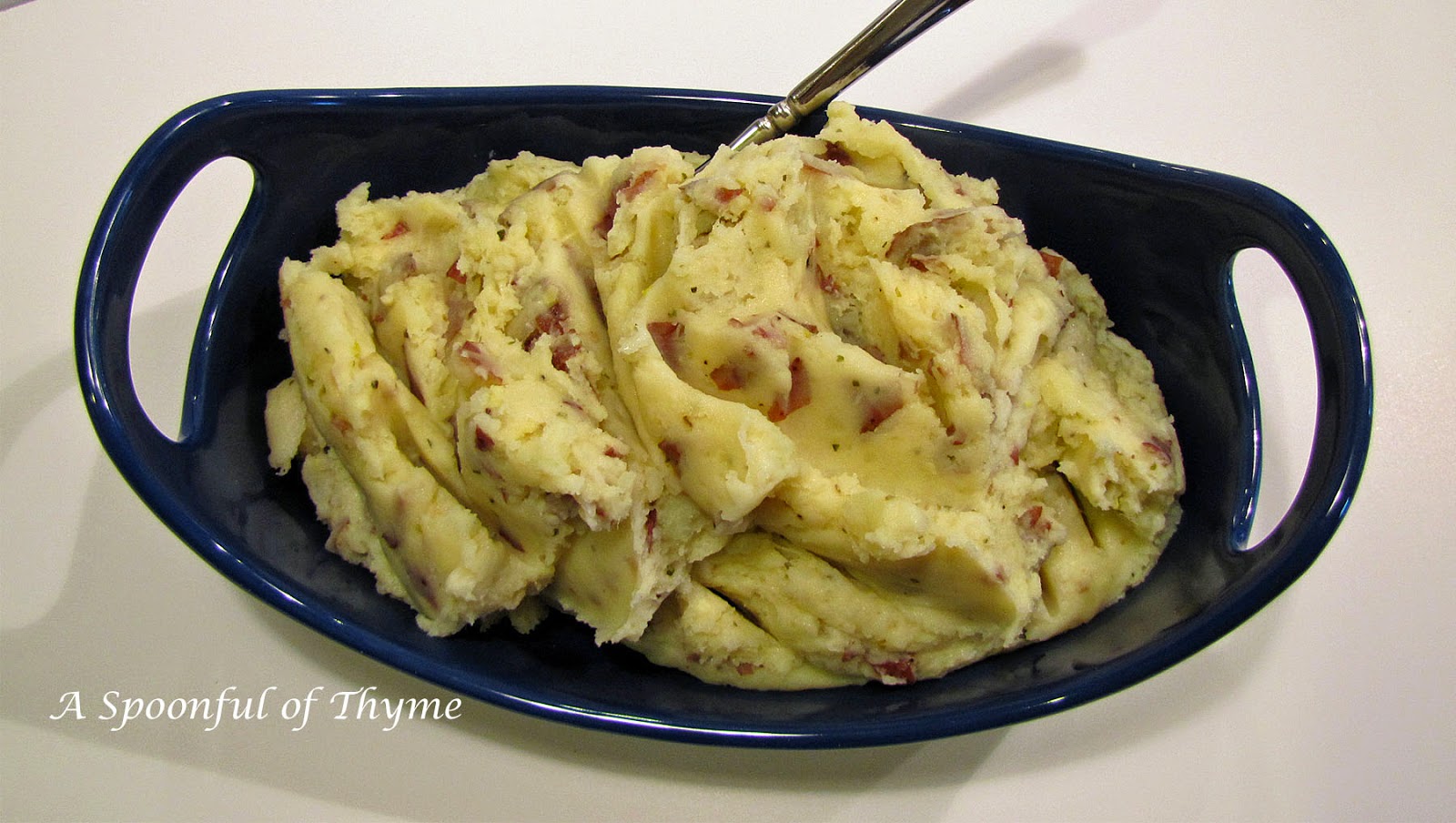 While we prefer more of a hint of garlic, these would be great for those who love a strong garlic flavor.  I think that I will play with this recipe just a bit to see if I can get the flavors adjusted. The next time I make them I will use Gruyere cheese instead of the Romano just for fun.