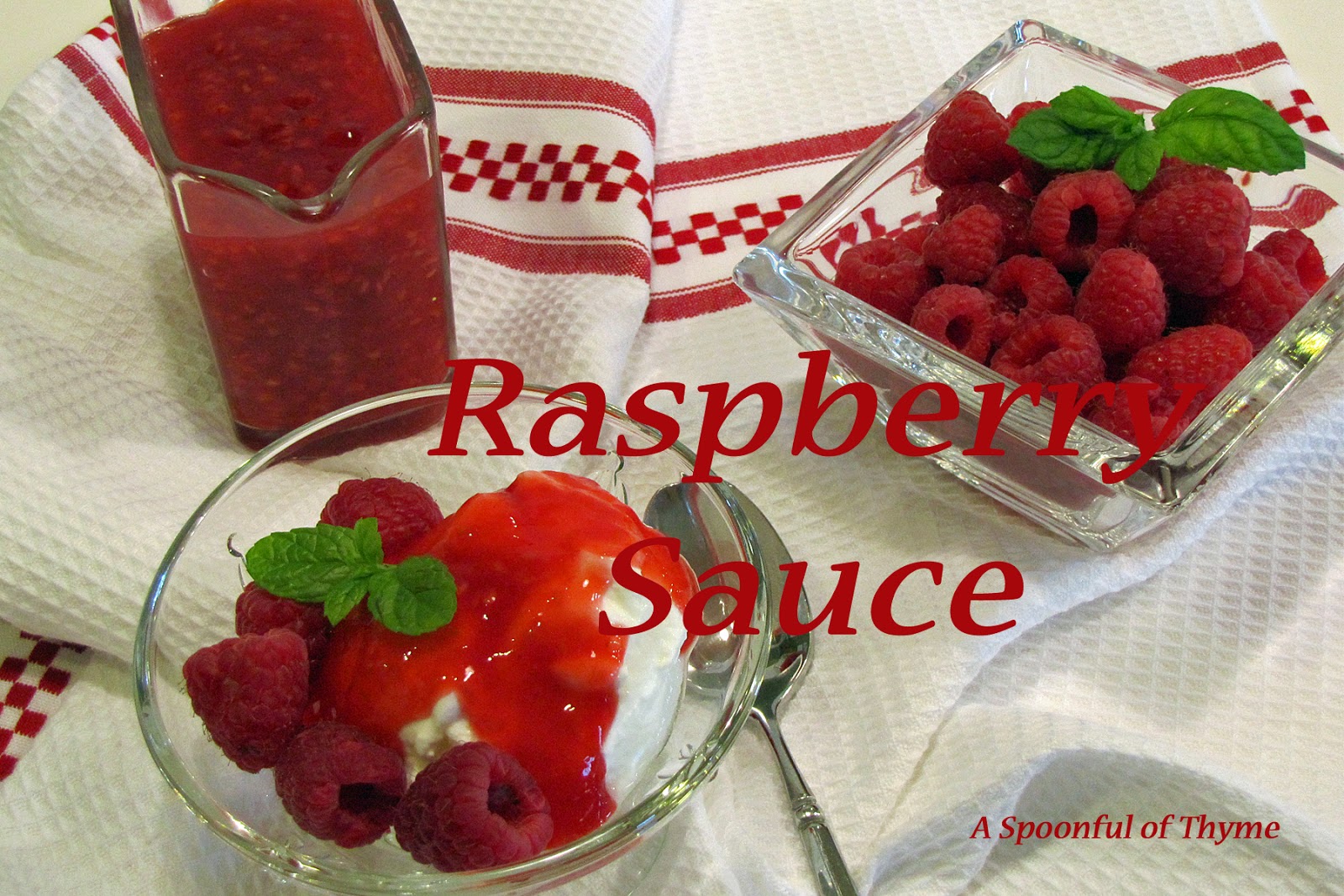 Raspberries have been eaten for ages...the Medieval era for certain where they are known to have been eaten by the poor who were willing to go into the woods hunting for the berry bushes. The Nobles were suspicious of fresh fruit and preferred it to be made into pies or preserved with honey.

While eating the fresh berries was looked upon with disdain, using it in drinks was not! Raspberry water was a refreshing drink during the Medieval era and while it was called a wine, it was nothing more than the fruit's juice.

What came to mind as I read this recipe, though, was Edwardian Canada and the fictional character, Anne, from the Anne of Green Gables series by Lucy Maud Montgomery.  You probably recall that Anne believes she is serving Raspberry Cordial at tea when it is actually Currant Wine.  I laughed with my daughters at this scene....we were going to make our own Raspberry Cordial and I do not believe we did....but we will...as it is just a mixture of raspberries, sugar, lemon juice and water with some seltzer water added at serving.

The Raspberry Sauce recipe is very simple, quick and versatile.  I am certain that it didn't take much more than five minutes to put together...but, it was five minutes well spent and a special treat for me!  I have been trying to curb the sweets and while the sauce has sugar in it, I decided that I could substitute a spoonful or two of raspberry sauce in place of the fruit I usually have with my Greek yogurt for breakfast.  I even put it in a special dish....Mmmmm....like I said, a special treat. 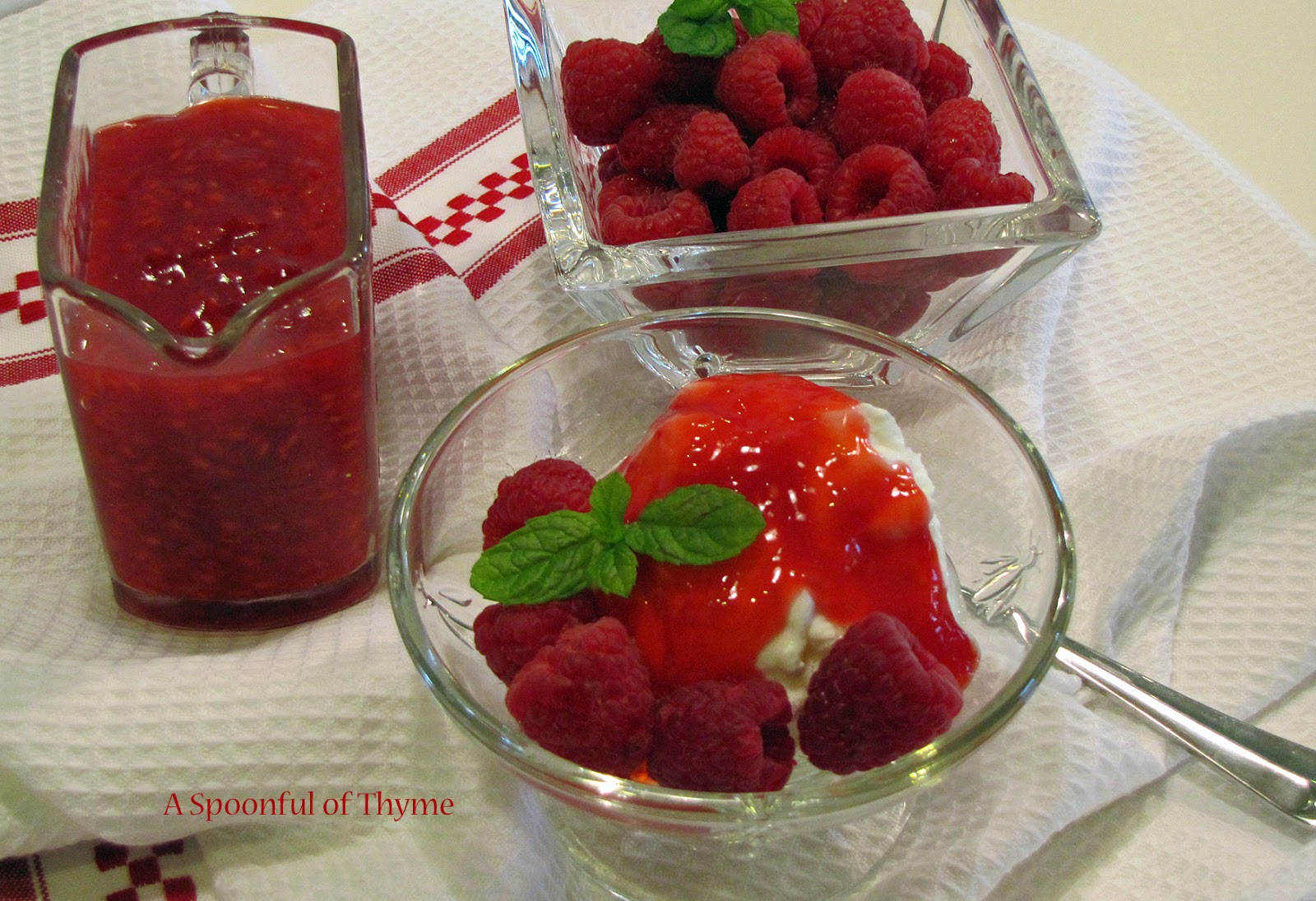 Today is the Secret Recipe Club reveal day and I was assigned Grandma Loy's blog, From Grandma Loy's Kitchen.  The one thing I learned in perusing this blog is that Grandma's family has a sweet-tooth...there isn't a dessert, cake, pie, cookie, bar, brownie or candy that she hasn't made! She also likes to make her own seasonings or mixes, like Rib Rub, Greek Seasoning or Pumpkin Pie Spice, etc.  She has quite a collection of recipes...and she should, she has been married over 50 years.  One could make quite a few cookies in that amount of time!  Grandma Loy also likes to play in the kitchen...she reads many cookbooks and then hits the kitchen improvising, creating and enjoying herself.

The one thing that I really wanted to make was the Rhubarb Sauce....it is spring and I am ready to dance with rhubarb!  Alas, it is early spring and after searching seven different markets and talking with many produce managers I learned that it is too early for the dance.  But, I will be making the sauce as well as the Spiced Rhubarb Sauce/Jam.

Since Rhubarb Sauce was not in my immediate future, I selected the Raspberry Sauce.  It is a basic recipe that can be made quickly to serve as a topping for ice cream, yogurt or as a layer in some nice Raspberry Bars.  I made the recipe with just one adjustment...I cut it in half.  With just the two of us, one cup of temptation is enough.

I am happy that I made this special treat and I may make some Raspberry Cordial, just for fun.