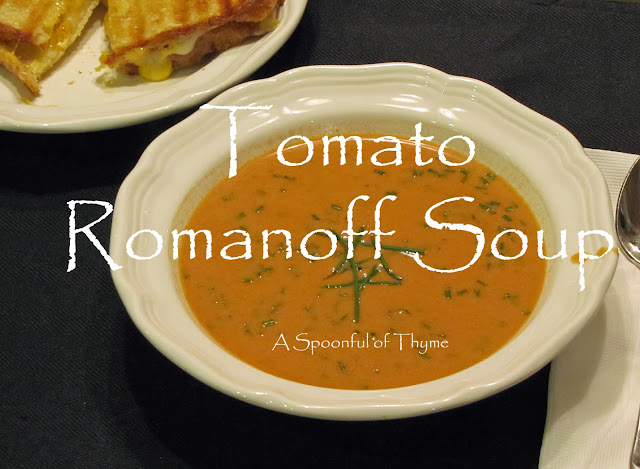 My favorite soup, when I was growing up, was Tomato with crackers crunched up and mixed in.  I loved the creamy tomato and the way the crackers soften just a tiny bit and sort of softly crunch on those first few bites....nothing better on a cold day...unless of course, a toasted cheese sandwich is added. What a heavenly lunch!

I still love tomato soup but one day I was served some that was just a bit fancier!  It was Tomato Romanoff Soup....I was immediately in love. The soup was served at a popular luncheon house in town that raises money for the local Child Guidance Guild, hence the name, Guild House.  I found the recipe in the Guild House Cookbook and enjoy it often.

I was curious about the name and what made regular tomato soup become Tomato Romanoff...well, it is all in the name...and the addition of a few ingredients.   I can only conjecture that this was one of the popular recipes that was served at Romanoff's in Beverly Hills.  The restaurant was opened in 1941 and quickly became the place for celebrities to go and be seen.

Michael Romanoff was born Hershel Geguzin in Lithuania, the son of a tailor.  Hershel Geguzin aka Harry F. Gerguson aka Michael Romanoff, a self-proclaimed Prince (Prince Michael Dimitri Alexandrovich Obolensky-Romanoff, nephew of Tsar Nicholas II), had grand ideas and was most anxious to make his way in the world...which he did, as a restaurateur, conman and actor.  Prince Romanoff was very popular on the Hollywood scene and sported his trademark spats, moustache, and walking stick as he made his way around town charming everyone, living in hotels and borrowing money from his wealthy pals!

Who is to say if this recipe is a Romanoff Restaurant original....but it was fun to do a little research and I know I enjoy this soup! 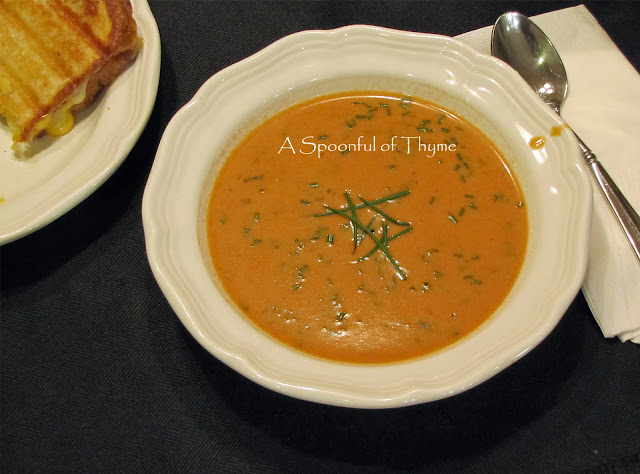