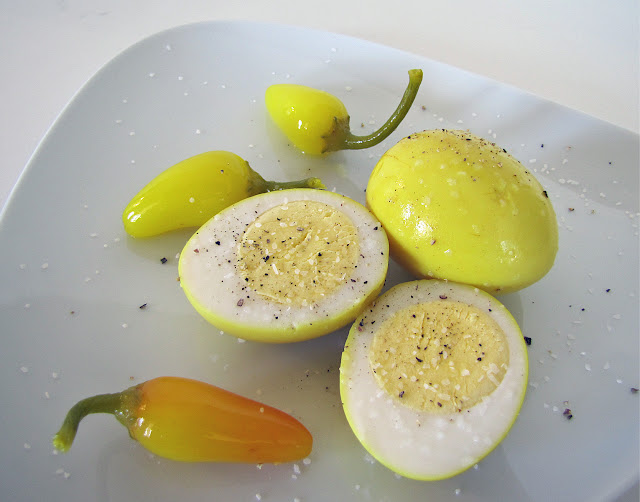 When Easter rolled around the first year that Mr. T and I were married, I said that I was going to make pickled eggs.  My being from the east coast and his being from the west coast, he didn't expect the pretty redish-pinkish pickled eggs and beets that I presented.  His concept of pickled eggs were the kind that he had eaten when he was in college and was able to go to Joe Jost's in Long Beach.

Joe Jost's opened in 1924, during prohibition, and was a barber shop and  pool hall.  It has almost 90 years of history to back up its status as a Long Beach institution.  Going to Joe Jost's means three things:  a schooner of beer, a tasty "Joe's Special" sandwich and pickled eggs! 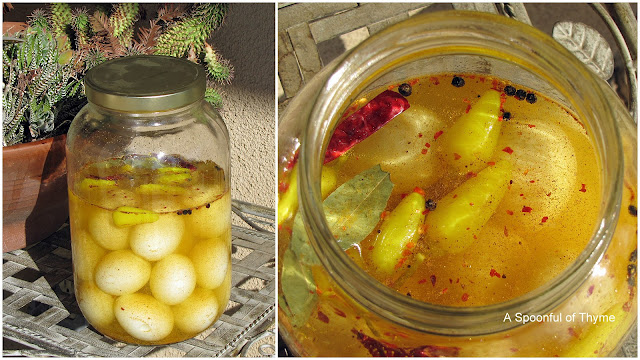 Serve each egg with a pepper.  Eggs will keep without refrigeration up to  one month but will  become more pungent in flavor. 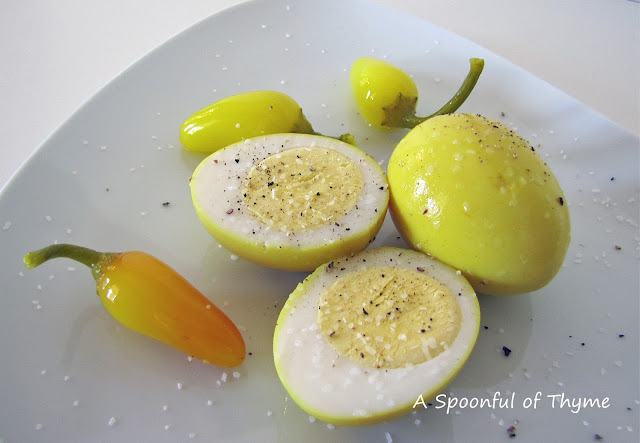 Mr. T said that they were close...close enough...

For fun I did a little searching and I think I will surprise him by trying out a new recipe....just to see if we can get even closer to the original!

I am sharing at Foodie Friday hosted by Michael at Designs by Gollum.
Labels: Egg Snack