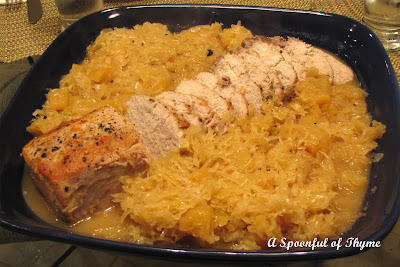 Looking back in time, farm families that had a pig felt they were lucky because it would feed their family during the winter. Thus, pigs became good luck charms. In German one says "ich habe Schwein gehabt," which translated literally means "I have had pig." Figuratively it means "I have had good luck!" Little pigs of cake or candy (marzipan) are also produced and represent luck. 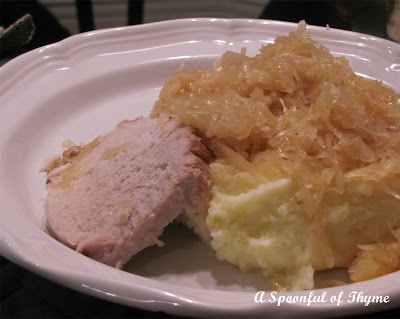 Pork and Sauerkraut
(adapted from Cooking with Annemarie)

Season the pork with salt and pepper. In a heavy pan such as a dutch oven, heat the oil, add the pork and brown on all sides. Remove the pork and set aside.

Add the onions, cooking until lightly browned. Add the remaining ingredients. Bring to a boil.

Remove the pork from the oven. Let it rest before slicing. Place the sliced pork on a platter and surround it with the sauerkraut. 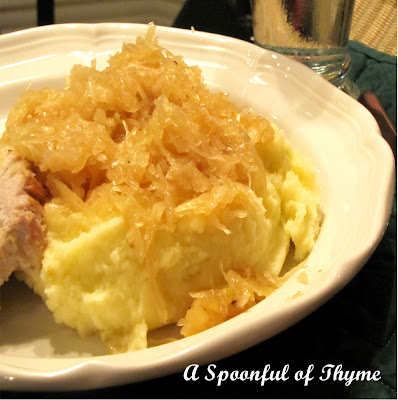 This is really too delicious to have only once a year! It is wonderful comfort food!
Labels: German Cuisine Main dish Pork Sauerkraut