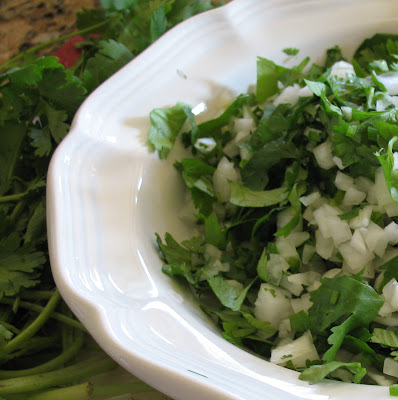 Recently, I arrived home from work totally exhausted. When I opened the door the smell of fresh cilantro greeted me! With a smile I rounded the corner to see what the Kitchen Gnome was making for dinner. Street tacos for dinner. What are street tacos? Those little tacos that you get at a corner taco stand. He was recreating the tacos we first had in Rosarito, Mexico and then recently, he saw them prepared at a party we had attended.

He went to the Mexican market and got some carne para asada and fixin's! Bless him. My daughter called from another room that she was going to her favorite restaurant to get some of their salsa....this was sounding better with each moment!

We had the most wonderful carne asada tacos and beans for dinner. 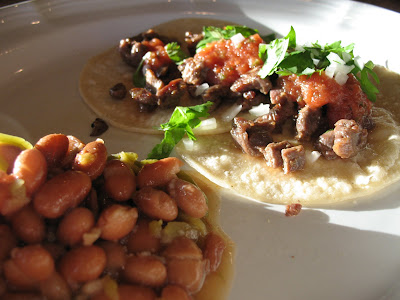 Simple. Tasty. Great.
It is too simple. There isn't really a recipe. Brown the meat in a skillet. (Carne asada is trimmed and thinly sliced beef...skirt steak, seasoned.) Warm the cute little tortillas. Serve with cilantro, onions, and salsa. 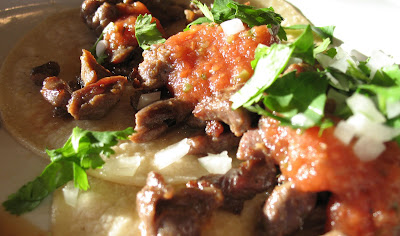 It was nice to come home from work and have a simple, tasty dinner waiting!
Labels: Beef Main dish